I was defending my PhD on 9/11/2001, 9:30 am, about 43 kilometers from the World Trade Center, more precisely at the Busch Campus which belongs to the New Brunswick campuses of Rutgers. Rutgers, the State University of New Jersey, also has campuses at two very different places, Newark and Camden.

You could argue that the resulting PhD diploma is just a dirty piece of toilet paper and the following story that I was sent by Honza U. supports the validity of such a claim:


The Department of Whining Feminists, Sluts, and Bitches of Rutgers University in New Brunswick (I hope that I remembered its name accurately; if I have forgotten an article, I humbly apologize) is actually offering you college credits for "politicizing Beyoncé" which is – I kid you now – the title of the course.


The students are supposed to look "at the American race, gender, and sexuality through the star's music".

Now, this is so shocking at so many levels. First of all, it is utterly wrong to politicize music, to politicize science, to politicize sports, to politicize every realm of human activity that is supposed to be about some internal (and meritocratic) values that are independent of people's political opinions and interests. Politicization hurts these human activities because it leads the people to replace meritocratic objective judgments by judgments determined by their personal interests and according to their most general ideological preconceptions.


So the intent described in the very title of the course is despicable in the same sense – albeit to a lesser extent – as or than the course "How to reduce colored peoples in gas chambers". It's just wrong. So let's now assume that we have the same morality and respect to music as the sluts – none – and let's ask whether there may be any meaningful content in the course. 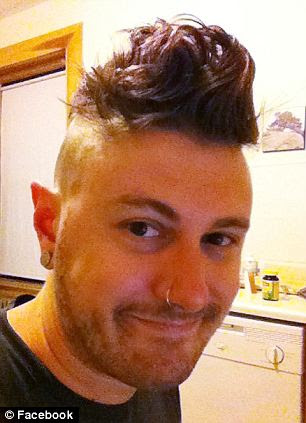 Kevin Allred: it's obviously the instructor, isn't he? He will only order the students to read rants by black feminists and nothing else.

A Kevin Allfred who was actually not afraid of revealing his name (in a decent country, he would be found, dragged to a freezing forest, and attached to a tree) has defended this "course" which he justified as follows:


She certainly pushes boundaries. While other artists are simply releasing music, she’s creating a grand narrative around her life, her career, and her persona.


Wow and LOL. Don't get me wrong, I think that she is a very good musician, but so is Lady Gaga. I am uncertain whom I consider better. Well, I admire them and a few others – especially e.g. Alicia Keys – for their being composers. This job is vastly underestimated these days. We don't even know who composed a single song among the famous ones. We're only being shown the puppets with the makeup. It's another sign of the deterioration of the culture. During Beethoven's times, the composers would be more famous than random interpreters and performers.

But she belongs among good musicians. However, the fact that musicians like her are trying to "create a narrative" is completely common. They have some image. They put on various masks. They order the production of perfumes with their name. They connect themselves with various social movements that have lots of backers. It's being done for the regular consumers. It's being done to earn money, to monetize their fame, to make themselves more visible which helps their business. Sometimes it's being done because the stars can't resist – for the same reasons why others are doing that. What's the big deal? Some musicians leave this job to others, some musicians are trying to keep a control over that. It doesn't matter. Despite its ability to earn money, this activity is stupid from a scholarly viewpoint, anyway.

It's particularly insane to promote Beyoncé's optics on societal issues to a college course if Beyoncé herself would have no change to succeed in any meritocratic college non-music course. She has the education of a 7th grader and is widely believed to be illiterate.

I have mentioned Alicia Keys. A year ago, she was named the "creative director of Blackberry". Bizarre. A sign of penetration of the low-brow tabloid culture to many sectors of the human society that are supposed to know better. Blackberry agreed that it has led to nothing of value so this partnership was abolished a few weeks ago. It is unlikely that someone whose main achievement is fame in music will be able to help everyone else, like a troubled producer of smartphones. Blackberry had clearly wanted to "entangle" itself with the mass culture but I have doubts whether this should be their business.

Alicia Keys: New York. The piano assures one that she is a "real musician". I think it's largely true for the other two ladies, too, and I think that their songs are comparably good.

Keys and Beyoncé are also (mostly) black. Beyoncé is a self-described "modern day feminist", something that the hardcore imbeciles at the Feminist Department must have found irresistible. Lady Gaga is an LGBT activist. You may find thousands of such factoids and all of them have rather mundane reasons. The musicians are people like others so like other active folks, they do various things. It's both easier and more beneficial for the rich people to do similar extra activities. But just because Lady Gaga is a great musician doesn't mean that her LGBT activism is fundamentally deeper than any other activist's activism. Beyoncé is a supporter of Obama but just because she is a very good musician doesn't mean that her support of the Obama family is something qualitatively more important than another voter's support.

In the video on this page, the man says:


...It seems like Beyoncé is all that people are talking about lately. So why not make it an educational experience?...

He probably thinks that it is a rhetorical question but it is not. It is a very good question and let me give you the right answer:


Even if one could find some "topics" related to Beyoncé and the American race, gender, and sexuality, they would be utterly unrepresentative and misleading because Beyoncé's exposition to these issues is – due to her status – completely different than most other people's exposition. At the end, such a course may really teach you something about one particular woman's life in different aspects than the aspects that made her famous.

Moreover, these topics – whom she slept with or would sleep with and why and what she feels and so on – are the topics followed and understood by the most ordinary readers of the most undemanding tabloids. College education should be something that differs from the average – or bottom layers – of the society's discourse. It's just wrong to give college credits for something that the most ordinary people are doing as their hobby – sometimes at a higher level than the participants of such a course can.

The topic is just guaranteed to be junk. So in the discussion under the article, parents are saying that if they would find out that their kids are wasting their tuition money for similar junk, the kids would have to find a different way to pay their tuition than the parental help! They're right. It's insane to pay thousands of dollars (when distributed) for such a course that is equivalent to reading and listening a few rumors about one singer from tabloids.

This story shows how the tolerance towards pernicious constructs such as "Departments of Women's Studies" is accelerating the intellectual degradation of the Academia in particular and the human society in general. These individuals – and whole "departments" of these individuals – are stupid and aggressively self-confident in their stupidity. They are not afraid to collect fame, money, and credits in the most embarrassing ways. They are empowering the bottom of the society that isn't ashamed of doing the same things. They are bullying the people who don't like this degradation. I am sure that I would face trouble and intimidation if I voiced these common-sense concerns at Rutgers.

The movie "Idiocracy" assumed that the mankind will only become "that stupid" sometimes around the year 2505 but with the contributions of individuals such as the members of the Feminist Department, I guess that the themes of "Idiocracy" will become a rather accurate description of the real world already in this century.
Luboš Motl v 8:57 AM
Share