Universe is maths, but only some maths is relevant or true

Max Tegmark of MIT has released his book, Our Mathematical Universe: My Quest for the Ultimate Nature of Reality, a month ago and it just appeared in the Kindle edition, too.

I won't write a full-fledged review, especially because the book looks way too similar to Brian Greene's The Hidden Reality. Greene's latest major book talks about "parallel universes of all types" we find in physics and the most speculative ones, simulated universes and the universe of the mathematical totality as promoted by Tegmark, were described in the last chapters of Greene's book. 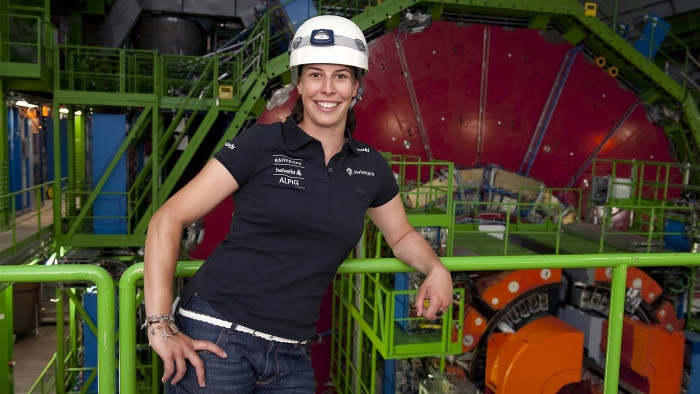 Off-topic: Dominique Gisin (Switzerland), a particle physics fan, visited CERN to see how the protons are accelerated to 99.9999% of the speed of light. This CMS enthusiast who thinks that ATLAS sucks in comparison has used the know-how to accelerate herself while downhill skiing in Sochi. Congratulations to the gold medal! She shared the medal with Tina Maze, Slovenian skier and piano player who must have been trained by ATLAS. Click the photo for more info.

Tegmark introduces the reader to some basic physics – including quantum mechanics and cosmology – and then begins to discuss inflation. He is led to define "Level N parallel universes" with different values of the integer label N.


Ultimately, he claims that the world isn't just described by mathematics. It is mathematics. And he tries to deduce some far-reaching consequences of this claim.


Tegmark is clearly a mathematical Platonist, and so am I. Mathematics exists independently of the humans. Humans are actually discovering (pre-existing) mathematics rather than inventing it. Mathematicians – and physicists – are therefore more analogous to Christopher Columbus than to Thomas Alva Edison. The newly found mathematics may appear in front of the human eyes for the first time but at least if it is important enough, Nature or the "mathematical wisdom of the world" knew about it before the discovery.

I actually think that most mathematicians consider themselves Platonists like Tegmark does (and I do). There are surely exceptions, e.g. Brian Rotman who reviewed Tegmark's book for The Guardian. I just think it is silly to make a big deal out of it because the Platonism doesn't really mean anything tangible. It is a philosophical way to think about the "place where ideas live". Moreover, neither Tegmark nor your humble correspondent "invented" this philosophy. Perhaps Plato did. ;-)

In 1998, a senior top physicist at Princeton (whose name I will keep confidential) informed his younger colleague, an otherwise mainstream-oriented cosmologist Max Tegmark, about the following insight (via e-mail):


Your crackpot papers are not helping you.


He or she clearly meant all these "Level N bullshit universes" that Tegmark had already been emitting for quite some time. The times have changed and it's plausible that the senior physicist is no longer courageous to publicly point out that Tegmark's papers are crackpot papers. Well, TRF isn't under this pressure by the crackpot movement so it is still perfectly OK – even now, in 2014 – for you to point out that Tegmark's papers are crackpot papers. ;-) And if you look at the most recent one, Consciousness as the state of matter called perceptronium, you will both laugh and agree that Tegmark as an individual writer of papers is a kook.

Is Tegmark right? Well, his propositions primarily lack any beef.

Fine. But that doesn't mean anything.

Even if you identify the world with the "totality of mathematical objects and structures", you won't be able to answer particular physical questions, like whether mammograms save at least a thousand of American women's lives a year. Or any other question, for that matter. Both answers, Yes and No in this case, may be given a mathematical representation and may be connected with additional mathematical structures and their networks and relationships. However, only one answer – in this case No – is the right one.

So one may imagine a "totality of mathematical laws, objects, structures, axioms, lemmas, and proofs" but it's still true that only a part of this megaverse is relevant for Nature around us. Mathematics is really the "glue" that connects some mathematically represented "objects" with others – by links that are of mathematical character, too. Much of the power of mathematics is really hiding in the "patterns of the links", in the glue and its detailed distribution. But when we say statements about physics or the real world, we need some particular mathematical links – and mathematical objects connected by these links – that may be glued to the objects in the real world. They're very special animals, relatively to the unselective "total world of all mathematical concepts".

So only some candidate physical theories may be relevant for the Universe around us. They must be quantum theories which are relativistic at the same moment and which contain some spectrum of particles and forces whose existence is demonstrable. There may be other conditions, too. This is an extremely different set from the universal "set of all mathematical objects".

In physics – and in all of science – we are looking for the truth by falsifying i.e. eliminating conjectures that disagree with the empirical evidence. So in physics, a conjecture really has to be kind of mathematical to be considered in the first place. But it's not enough for it to survive. It must also survive tests – comparisons of its predictions with some empirical data, with some observed properties of Nature around us.

This process may be shown to prove that creationism, the phlogiston, loop quantum gravity, geocentrism, causal dynamical triangulation, local hidden-variable theories, spin foams, the luminiferous aether, Alain Connes' noncommutative theory of the particle spectrum, de Broglie-Bohm pilot wave theory, Ghirardi-Rimini-Weber collapse models of quantum phenomena, and millions of other potentially mathematical thoughts that people have invented over centuries are simply wrong. It doesn't matter that they belong to some abstract, all-encompassing world of mathematical objects or structures or propositions. The claims about the real world based on them are wrong. In a similar way, whole portions of otherwise totally legitimate mathematics are wrong "even as a starting point" to do physics – Cantor's diagonal tricks, Gödel's theorems, denial of the existence of Feynman's path integral, and so on, and so on.

The reason why Tegmark tries to "radically enhance" the mathematical Lebensraum that is identified with the physical world look utterly incomprehensible. But this enhancement is anti-falsification and therefore anti-science in effect if not in intent (thanks for the linguistic construct, Larry). I think that there can only be one "big reason" why one would want to "resuscitate" all the parts of maths that don't seem relevant or right for physics – that have been eliminated as a description of physics. The "big reason" is the desire to deny that they have been falsified; to deny that it's right for physics and science to discriminate empirically valid or viable mathematical structures from the... challenged ones that are still waiting for their success, if I am allowed to copy a politically correct description of the word "losers" from one commercial promoting expensive enough cars. :-)

And if you want to suppress this discrimination of right and wrong theories, Max, then it's too bad because this is really the defining property of the scientific method. Science doesn't necessarily say that certain mathematical concepts and structures "don't exist anywhere"; it just says that they should be used (at least) less frequently than others whenever we talk about Nature unless we want to be wrong!

Because Tegmark effectively throws away the scientific method – the falsification of the wrong ideas – it is not surprising that most of his comments about the impact of his largely fairy-tale "parallel universes" on observable questions are just wrong, and demonstrably so. I have written too many blog posts that rather surgically isolated the flaws in the reasoning based on the multiverse or anthropic paradigm and I feel it was a waste of time because the human stupidity clearly cannot be eliminated, anyway, so I decided not to write anything like that again.

Your musings may be as good as important and correct physical theories from the viewpoint of the indiscriminate realm of all mathematical structures, Max; but they're not equally good from the viewpoint of science. Your crackpot musings may be helping you to sell books but they are not helping you you to improve your credibility as a scientist among those who actually have a clue about the field, Max.
Luboš Motl v 5:52 PM
Share