APS reviews its AGW statement again: 1/2 of witnesses are skeptics

Among the scientific disciplines, the concentrated climate panic is confined to the specialized interdisciplinary clique of self-described "climate scientists", a scholarly discipline that was pretty much created and greatly inflated with the very purpose of spreading the climate hysteria and to make it look "connected to science".

Actual scientists in disciplines that have existed before this political movement became strong are usually neutral or skeptical about the climate panic. This includes people in the adjacent disciplines such as meteorology, geology – and physics itself. Physicists should be particularly immune towards this kind of brainwashing. After all, when Galileo Galilei kickstarted physics, he was fighting against similar religious attempts to "constrain" the human thought.

Some physicists have been very honest and outspoken; others less so. The disappointing physicists' attitudes were particularly embarrassing in the case of the American Physical Society (APS) that actually became one of the most mindless mouthpieces of the climate alarmist movement. Things have a chance to change again.


Five years ago, APS began to review its offensive 2007 "incontrovertible" statement about the climate change issue, after Will Happer of Princeton and his colleagues requested such a review in their influential letter. Nothing much has come out of the review, however. APS fat cats remained faithful to the demagogic proclamation.

In 2010, Hal Lewis resigned from the APS because of its position on the climate change issues. The alarmists in the APS didn't care; they arrogantly recommended Lewis to learn science from an unhinged secretary called Tawanda.

In 2011, Lewis was followed by Nobel Prize winner Ivar Giaever. None of these events mattered for the general attitudes of APS to the AGW dispute.


There is a new, more realistic chance that these things will improve. As James Delingpole, Jo Nova, Anthony Watts, and perhaps others noticed two days ago, the APS is organizing its climate change statement workshop.

You should look at the


The witnesses who were speaking in front of the committee included


Let us flatteringly count lukewarmer Judith Curry as a full-fledged skeptic – she may deserve it for her courage ;-) – and you may see that 1/2 of the witnesses are climate realists. I am not sure how such a diverse group will agree about anything but they should try.

It's no guaranteed win but let's hope that among similar political scholarly organizations, physicists may regain their famous independence and integrity and serve as the role models for others. The composition of the witnesses looks somewhat promising.

I actually don't understand how it's possible that a collection of witnesses as promising as this one could have been appointed in a world that is still flooded by people like John Cook with their delusions such as "97% of scientists support the climate hysteria". Do you understand what happened? Why couldn't Tawandas veto such a review just like they did in the past?

OK, in physics, 97% has thankfully been reduced to 50% by the APS and we're only in the middle of the evolution.

The video above shows a hot and brainwashed babe, Alli Welton, who confronted the current president of Harvard University Drew Gilpin Faust at Harvard Yard. Faust is clearly not sufficiently alarmist for these babes – she knows that one can't ban (or even divest from) the fossil fuels, so she's in trouble, see Think Progress or Salon.com where the writer decides that global warming is caused by Harvard. ;-) 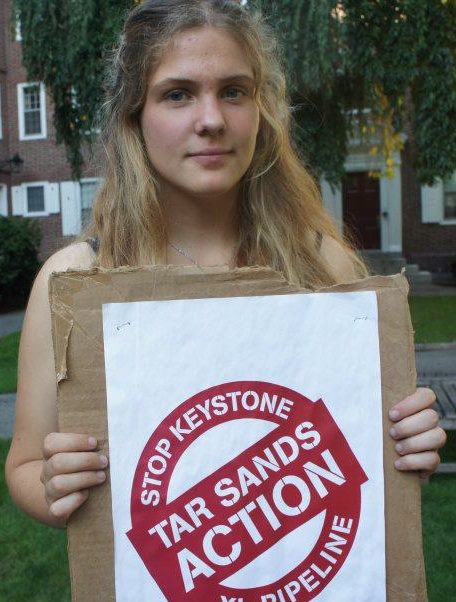