A reincarnated Jesuit who would burn books 300 years ago

The Templeton Prize has been distributed by the Templeton Foundation annually since 1973.

The winners of this GBP 1.1 million accolade should enhance the spiritual dimension of life. Dalai Lama – a religious leader who just endorsed gay marriage last week – won 2 years ago. For a long time, I would parrot the kind of "Dalai Lama is a saint" education I've been immersed to but later insights such as those in Penn and Teller's Bullshit, "Holier Than Thou", can't be erased anymore (the Dalai-Lama segment begins around 19:50). Yes, I came to the belief that the current regime in China is much more human and enlightened than what Dalai-Lama would impose if he could. 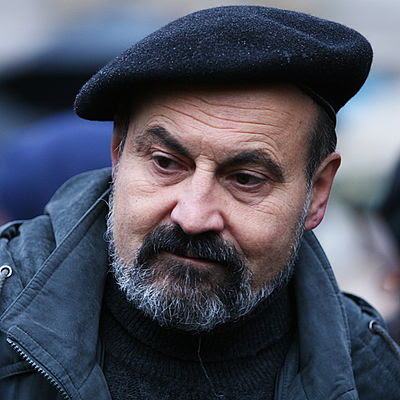 Physicist-winners include Carl von Weizsäcker, Paul Davies, Freeman Dyson, John Polkinghorne, George Ellis, Charles Townes, John Barrow, Michal Heller, Bernard d'Espagnat, and Martin Rees. You may see that the list boasts some top names in physics and many more names that are not top names, to put it mildly. Their main achievement was their ideological compatibility with the goals of the foundation.

But in 2014, the foundation picked a non-physicist whom I know well because he is Czech. See Google News.


Tomáš Halík is formally a Roman Catholic priest but I would say that at the bottom of things, he is an atheist like any other atheist who just likes to exploit the power of the Catholic Church and to use the religious vocabulary to make a point. He has never hesitated before he abused and contaminated the atmosphere of a church to spread his political hits and points. And his points are pretty much the usual talking points of the "holier than thou" left-wing intellectuals.


A Catholic friend from my Alma Mater, Ms Dora Kocmanová, once took me to the Saintest Salvatore Church (meters from the Charles Bridge, on the Old Town side) where he has been the "first parish priest of Academic parish". He gave a talk, or sermon, or whatever is the right name of these talks, and it was an interesting experience. We were also fed the Jesus-branded types of bread and maybe even the special Jesus' bloody wine by him, or whatever is the right phrase to describe these rituals.

During this sermon as well as on many other occasions, I could see that his faith isn't really rooted in all these wonderful beliefs in miracles and supernatural things. Many of his moral conclusions etc. were fine with me. Paradoxically enough, the main activities of Dr Halík that would make me angry were his excursions into the world of ordinary politics.

No doubts about it. With all of his intellectualism, elitism, and opposition towards the standard pragmatic democratic politics, Halík would be a long-term rival of Václav Klaus. Your humble correspondent would support Klaus. As far as I could notice, Halík wouldn't say anything of intellectual value that would deserve to be reposted on this blog. But he just loves to insult other people – like Klaus or his successor Zeman in particular – by would-be polite and educated but actually malicious and primitive insults. (Zeman is a slave controlled by plots by sidekicks from the pub, we learned from Halík a few months ago.) 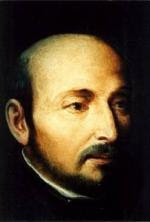 Because the men are so similar, I need to emphasize that the man pictured above is Mr Koniáš.

In 2011, the Klaus-Halík controversies would reach one of the peaks. Because of Klaus' proximity to a conservative movement D.O.S.T. [E.N.O.U.G.H.], Halík would say that Klaus is converging closer to the fascizing petty bourgeoises or provincials. Klaus replied (see my translation) by a comparison of Dr Halík and Anthony Koniáš the Jesuit Priest, a well-known 18th century character from the Czech history, a staunch anti-reformist who had a similarly mixed occupation (including the professorship of humanities at universities) as Halík. Koniáš is often presented as a symbol of the post-1620 (Battle of White Mountain) dark ages who has burned thousands of "harmful" books.

A 1996 Klaus-Halík debate was relatively peaceful but the differing perspectives on the right organization of a democratic society were pretty visible.

Halík is surely a smart man and what anoys me about him might actually be similar to what annoys me about the arrogance of the Church – despite the fact that I don't view him as a good representative of the deeply religious people at all.

Czech social democratic prime minister Bohuslav Spejbl Sobotka visited Berlin today. As the first statesman in 2014, he was greeted by a hundred of "green barrettes in grey uniforms" in front of the Chancellor's building known as the "washing machine". He took a powerful weapon (or a cute gift, depending on our evaluation) with him, Prof Rudolf Zahradník, a chemist, a former boss of Merkel, and an honorary chairman of the Czech Academy of Sciences.

Sobotka wanted to remind Merkel that she is no ruler of Europe or something like that but just a shy postdoc from DDR. The intolerant German political protocol made the hugs less cordial than they would be otherwise. Merkel would say she has learned a lot from Zahradník in Prague which was always a crossroad where the people from the West and the East would meet. Zahradník said that Merkel was a rare creature who hasn't changed at the human level for 40 years (Zahradník called Merkel "a classy little girl" in a recent interview) but he has also chastised his schoolgirl for having diverged away from nuclear energy. "This is an irrational step. Nobody is a lover of \(\alpha,\beta,\gamma\)-radiation, but whoever wants to preserve the civilization and a functional world should reveal her alternative solution is she has one." ;-)

Sobotka said he was surprised to learn that shots were being fired near the Berlin Wall as recently as in 1989; Merkel appreciated Sobotka's "pro-Europe" approach. Well, nothing to admire here. The Czech government will probably okay even the most counterproductive EU plans now, including the fiscal union.

Some lobbying was taking place. Volkswagen has apparently decided not to build the SUVs in Seat, Spain – but in its plant in Kvasiny, Czechia, under the expected name Škoda Snowman (a bigger Yeti). The Kvasiny plant will also produce Snowman's Spanish twin brother under the Seat's name. These days, it would be a better idea to produce Christopher Columbus in Czechia, too. If the official decision on Friday says something else, readers of the Czech newspapers may be shocked.

I was irritated that a populist niemand like Sobotka would become the prime minister but I must say that his behavior in the first weeks of his tenure is a pleasant surprise for me. Some extreme steps I was afraid of didn't emerge. And he took some pro-business positions in the case of Czech-German and Czech-Russian relations, among other encouraging things.


FC Viktoria Pilsen is playing in Lyon, France tonight. The winner of the double match (the other match will take place next Thursday in Pilsen) will advance to the quarterfinals of the Europa (Soccer) League. The Olympique Lyon Coach thinks that Pilsen is "not so well-known", but despite these cheeky comments, he is s*itting into his pants.
Luboš Motl v 1:54 PM
Share