Trade war against Russia would be an insanity

Obama's administration knows that it is not adequate to launch a hot war against Russia just because the two countries disagree about the recent events in Ukraine and what should be done about them to improve the situation. But the White House is apparently thinking about some significant economic sanctions against the Russian Bear and wants the European countries to join. Not too surprisingly, Europe lives in a different world – one that is closer to Russia – so the European leaders mostly disagree. 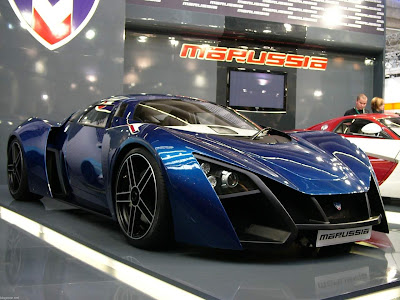 The Guardian mentions that most leaders in Europe, including the German chancellor, consider the trade war against Russia to be a fantasy. Secret documents revealed that the City of London demanded to be exempted from any restrictions to do business with the Russians.


Let me discuss Czechia and Slovakia because they're countries I legitimately and understandably care about. We have a new left-wing government in Czechia. It's led by the social democrats – a 1980s-EU-style social democratic party (ČSSD). It is an annoying gang of lads and gals that often drives me up the wall. But it's ironic enough to see that they at least realize that we just cannot stop trade with Russia. At least the prime minister comrade Sobotka says we can't.


The second major member of the coalition is ANO, a politically unreadable populist party owned by a Slovak-born food industry billionaire Andrej Babiš, now a finance minister (even though his name is found on the list of agents of the communist secret police, something that should disqualify him from similar top political occupations). Many politicians in that party are much more anti-Russian than anyone else in the country, in a way that is often associated with "Havlism". For example, the new defense minister and former actor and diplomat Mr Martin Stropnický has already claimed that he "cannot imagine" that the Russian-Czech consortium will be picked to build the new reactors in our Temelín nuclear plant. Thankfully enough, the prime minister and others immediately began to dilute and mask his words.

During communism, the USSR would represent a majority of the Czechoslovak foreign trade. We would import lots of things, usually less sophisticated things such as fossil fuels, from Russia (and from no other place, in the case of oil and other things). And we would export (usually more sophisticated industrial) products to the USSR. The Soviet markets and their companies' liquidity collapsed with the Soviet Union itself in the early 1990s and the Czech and Slovak companies had to redirect themselves to the West. And indeed, the EU countries are the dominant partners of our trade today – in particular, Germany stands for 1/3 of our exports and 1/3 of our imports.

Just to be sure, the Czech exports and imports are a huge portion (2/3, in some counting) of our economy. Both sides of the equations are something like $135 billion a year; the nominal GDP is around $200 billion a year (the PPP GDP is higher). Where is Russia in it?

Well, the trade with Russia is increasing quickly in recent years ("again") and currently it stands at about 5% of exports and 6% of imports. The imported fossil fuels are probably still coming "mostly" from Russia but thankfully, this Eastern route has no longer a monopoly. Since the 1990s, we also have the alternative Ingolstadt Pipeline that is delivering the Arab oil through Germany to us. For Germany, the Russian oil is also important, about 40% of its oil imports, and so on.

So the business with Russia represents about $5 billion of imports and the same in exports every year. $6 billion is the same thing as the largest budget deficit of the Czech government's budget we have ever made – hopefully it will decrease again. It is a huge entry.

And for some others, the business with Russia is even more important, relatively speaking. I mentioned our Slovak brothers. Their GDP is 1/2 of ours. Only 1/5, not 1/3, of their exports and imports are with Germany. But 10% of their imports are coming from Russia and their exports are probably just slightly smaller than that (I can't find the figure now). You surely don't want to force them to sacrifice this portion of the economy in order to "send signals" to Putin, do you?

It is simply an insane proposal. We really have nothing to do with the tension in Ukraine. A significant portion of our nations sides with Russia and opposes the Kiev demonstrators. Most of us don't think that Ukraine is important for us. And many of us think that even objectively, Ukraine is not that important and the losses created by such a trade war could easily exceed the total price of Ukraine and everything it contains.

Most principally, we are independent countries. We are not Obama's or Barroso's puppets. It doesn't matter whether they want sanctions. We don't want to participate. It is obvious why it's easier to talk about similar extreme measures in Washington D.C.: America's economic relationships with Russia are simply much less important for America, relatively speaking. Russia only accounts for 1% or so of the U.S. exports and it may be similar with the imports. It is not insane for the U.S. to imagine that these whole entries are slashed and America could still end up with a positive GDP growth rate. But if the entries are 10% of the trade and the trade is a majority of the GDP, and it is for some countries, the situation is a bit different. A full-fledged trade war would be a complete economic calamity for such countries. The White House has in no way any right to demand such a thing from others. We were not attacked ourselves. No NATO country was attacked. Something is happening in between two foreign countries that we have no alliances with and the White House prefers to side with one of them, the country with a de facto government appointed by terrorists in the streets. That's surely not a justification for asking others to sacrifice hundreds of billions of dollars, is it?

In total, Russia exports products worth something like $550 billion a year and imports things for $350 billion a year. At least it was so in 2013. The imports are dominated by China (16%), Germany (10%), Ukraine (6%) and the exports are to the Netherlands (15%), China (6%), Italy and Germany etc. (5% each). You must have been stunned by the Dutch leadership. I think that the huge Dutch-Russian trade isn't dominated by any particular type of products. They just love doing business with each other. For Holland, a full-fledged trade war (which would probably have to be imposed from above because they won't start it voluntarily) against Russia would be an economic cataclysm.

I could go on and on and on. It is suicidal for many European countries to consider major restrictions on the trade with Russia.

I think that even for those who want to reduce Russia's military self-confidence, a trade war is also a stupid thing to do. Trade sanctions damage both sides more or less symmetrically, as I tried to argue with numbers. But there are some more psychological reasons, too. Trade is the greatest peacemaker in the world, as Milton Friedman was explaining using the example of a pencil. The less fun and less profit Russia makes with trade, the more it will achieve this wealth and satisfaction using other tools. And make no mistake about it; if Russia is mistreated and ostracized and "discriminated against" (if I can borrow a PC term) by a group of other nations, it really has a natural moral right to compensate the mistreatment in some way.

Well, even some more minor policies directed against Russia seem utterly counterproductive to me. The White House wants to fire Russia from G8 again. No one cares about this thing in Russia. But Angela Merkel opposes this proposal because she probably knows that the less frequently the leaders meet and talk, the further the isolated country is likely to deviate in its way of thinking and acting. And if one imposes any visa-related or personal sanctions against Russia or its officials, they may and probably will respond in the same way, so both sides will lose approximately equally.

The events and threats have already weakened the rouble by a few (two) percent and sent the Russian stocks down 10% on Monday, much of which was returned on Tuesday. But these deliberate attacks on the monetary and related interests of Russia may also be countered. Putin has already revealed his ready-to-do plans to start to liquidate the U.S. dollar as a major reserve currency. Even if he didn't coordinate these steps with China – and China which is often calling for a new de-Americanized global reserve currency easily could – he could just instantly throw almost half a trillion U.S. dollars from Russia's currency reserves to the free markets. The Kremlin is also saying that he could "erase" the Russian debt to the U.S. banks. The rouble drops when the anxiety goes up but that's the only effect because the U.S. don't hold roubles. Russia has more controllable tools to influence the U.S. currency. It is no science-fiction. It is a completely realistic possibility, a plan for a very rainy day, politically speaking. With China's $3 trillion U.S.-dollar-denominated holdings (1/2 is cash, 1/2 are securities), they could satisfy all demands for the U.S. dollars for days. Those $4 trillions that Russia and China could suddenly throw to the market exceeds all the U.S. dollars in regular circulation by a factor of pi. Guess what would happen with the status of the U.S. dollar. I just think that someone needs to explain these basic things to people like Obama or Kerry because they don't seem to have a clue. America is wealthier so it may lose more than Russia in similar exchanges, military or systemic economic or otherwise.

So it would be nice if Obama et al. stopped all these counterproductive, misguided, reckless, and insane fantasies. You can't really do anything sensible now. This game is not about you. You should have thought about this situation earlier, when you were more or less openly supporting the pro-EU terrorists on the streets of Kiev. You should have thought a few moves ahead. What will Putin do? What is his red line? Aren't Putin's red lines somewhat more real and serious than the things called "red lines" by a U.S. politician who was elected for his image in a sea of hypocrisy? If you're not able to do such things, you shouldn't be in top politics.

It's not really a war between two countries. A person whom Russia considers the legitimate president – and for a rather good reason because he's the last properly elected one – just asked Russia for military assistance to avoid a civil war. I am sure that the speech was carefully checked if not fully written by the Russian politicians but Yanukovitch's being in Ukraine now isn't really Russia's fault. He had to flee to save his (and his family's) bare life.

Meanwhile, the Guardian claims that Angela Merkel's office has denied the U.S. reports that she said that Putin was "out of touch with reality". If some Americans just made this up, it's really, really bad on the U.S. side, indeed, and a relief on the German side.

P.S. (Wednesday): At a warp speed, the upper chamber of Russian lawmakers is already readying a law to seize U.S., EU assets on its territory, including the individual ones, in the case of sanctions (against everyone from the countries that participate in the sanctions). If you're not a loser, some fraction of your portfolio depends on Russian stocks. OK, maybe not yours but your relatives'. This would be a devastating event for so many people in the West. One would really have to be stunningly stupid and irresponsible to give Russia an excuse for such an action.
Luboš Motl v 7:46 AM
Share