A confrontation clearly showing why similar women are called feminazis

I've spent almost one year at UCSB in Santa Barbara in total. And yes, I've met tons of feminists and their apologists in California. Fox News brought us the following incredible story:


This cute 16-year-old, Thrin Short, was protesting abortion on campus (in a free-speech zone, near the Girvetz Hall) along with her sister and some friends. 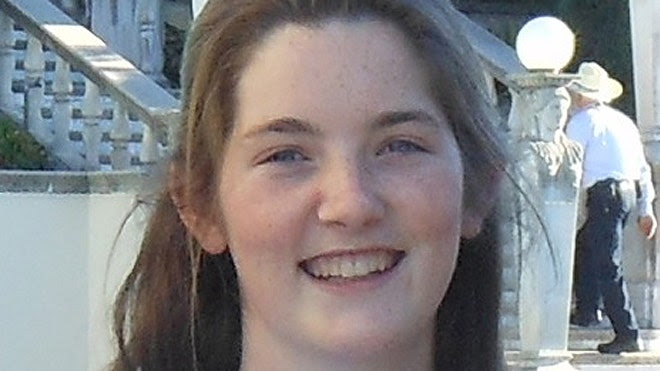 You know, this is the canonical attitude to these matters that a pure 16-year-old often takes and probably should take. If the education system were working, it would probably present Thrin Short as a sort of a role model for the teenagers. Abortion is a form of murder. Because the embryo isn't terribly cute and cannot protect itself, and because its feelings and thinking are not really developed yet, it is perhaps a more defensible form of a murder but people clearly have the indisputable right to think that abortion is just wrong and many of them always will.

As this video vaguely shows, the group of girls faced someone who was very unlike them, a feminist professor. In other words, they encountered an unattractive, fat, arrogant, freedom-hating, egotist woman called Mireille Miller-Young.


The shrew would scream that she has the moral right to steal and destroy their sign which is what she did. After all, the virago added, she holds three degrees and is older than the girls. Thrin Short was injured on both of her wrists. The "professor" ordered her brainwashed students to attack the pro-life activists physically.


That's the kind of a situation that shows why I usually liked to see a cop in the U.S. There are lots of dangerous, aggressive, unsophisticated criminals who won't hesitate to abuse the absence of cops. Fortunately, cops were present and the nasty arrogant old bat was charged with a theft, vandalism, and battery. As I have learned, the brute force associated with the cops is the only argument that these extremists at least sometimes understand, the only argument that may stop them from hurting the dignity and questioning the basic human rights of other people.

Her page says that the culprit is an "associate professor" at the department of "feminist studies" whose area of emphasis is "black cultural studies, pornography, and sex work". I find it stunning that any of these things is possible. They show the deterioration of a big percentage of the Academia in the Western countries.

None of these activities may be counted as a scholarly work and it is insane if someone is named an "associate professor" in these non-subjects or if she is allowed to teach these subjects to college students as if they were on par with "thermodynamics" or some proper subjects. Some people say that it doesn't matter if we add professors like that. But it surely does matter. It costs lots of money and produces inferior yet remarkably self-confident individuals like Mireille Miller-Young who have no trouble to turn their degrees – a symptom of a dysfunctional university – into a justification to physically assault people who know much better than she does.

I urge the bosses of the University of California to abolish the despicable department of feminist studies, a cradle of aggressive criminal scum that won't hesitate to use fascist methods to harass those who may be viewed as hurdles in their march to power. Of course, I know that the previous sentence is a utopian joke of a sort. The number and influence of similar feminazis at UCSB is so huge that the nasty woman is more likely to be officially endorsed. The "professor" is already claiming that she had the "moral right" to steal and destroy the sign, suppress the girls' freedom of speech, and to beat them. Thank God, at least a UCSB vice-chancellor defended the free speech.

See the encapsulation of the video featured by Fox's Kelly with the subtitles.
Luboš Motl v 8:32 AM
Share