Where is the MH370 aircraft?

Pilot Amelia Earhart and her plane disappeared on July 2nd, 1937, and her disappearance has been a topic of mysterious theories for 75+ years. Now it seems likely that she ended near an island in the Republic of Kiribati. 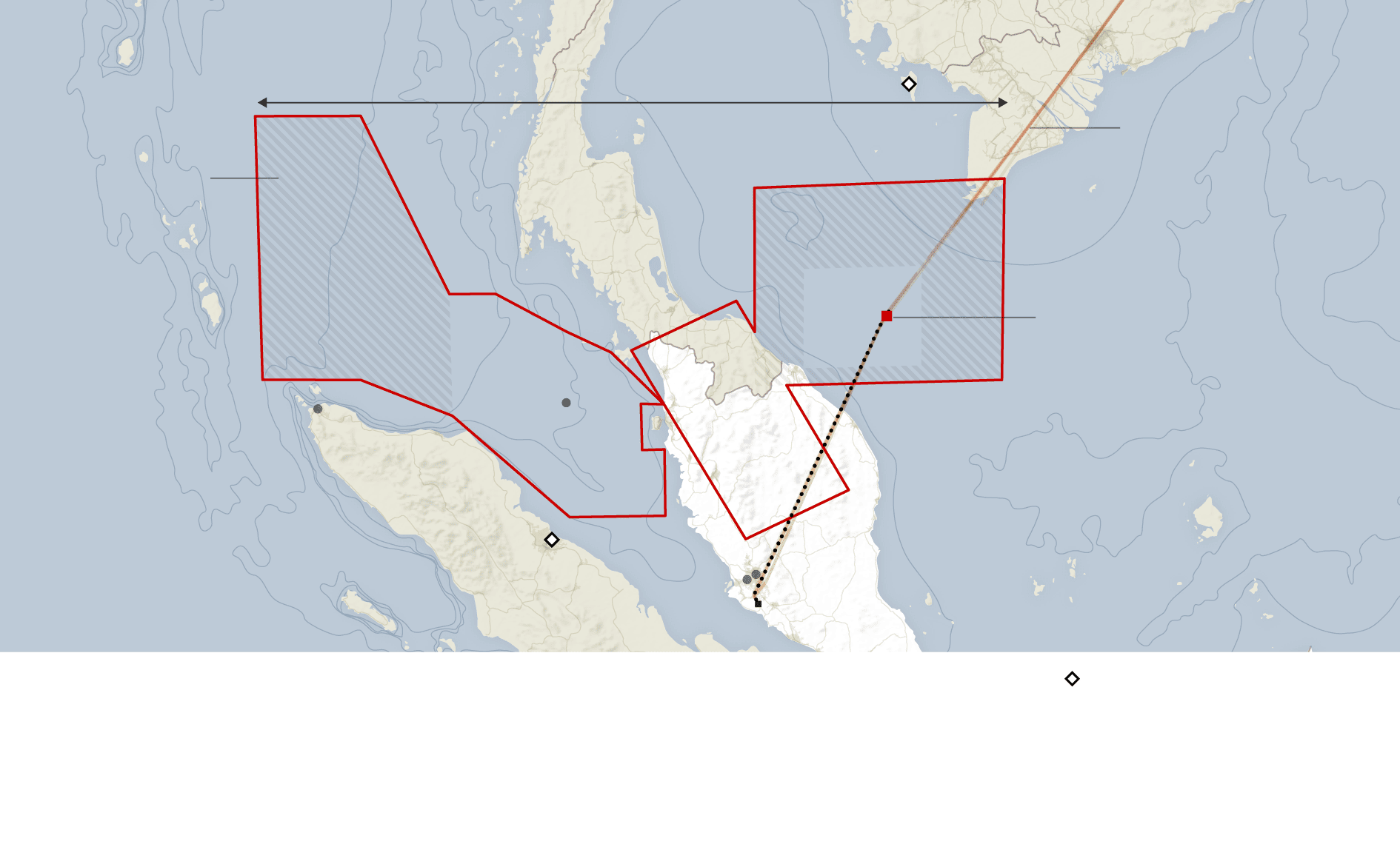 Do you understand why the trajectory of the MH370 flight seems broken and why the unsmooth point is exactly the point where the airplane was lost? Or is the discontinuity just an artifact of an imperfect drawing of the map? I've seen the same discontinuity on other maps, too.

On Saturday, Malaysia Airlines Flight 370 disappeared, too. The aircraft went sharply off-course, lowered the altitude abruptly, stopped communicating just as if all the electricity suddenly disappeared from the airplane (or it was physically destroyed within a split second) or just turned off by someone. It carried more than one famous woman; there were 227 passengers plus 12 crew members. It was going from Kuala Lumpur, Malaysia, to Beijing (towards the Northeast, and maybe in the opposite direction, such details are not too important for Asian officials so nobody really knows and no TRF reader was carefully watching the realtime air traffic maps at the moment; with news like that, The Onion will soon go out of business).

In the middle of the sea, the pilot said "Alright, good night" and the communication was lost. (Maybe the pilot wanted to turn off the lights for everyone to sleep but he mistakenly turned off the whole airplane.) No one knows where the airplane is and lots of weird things have occurred. Or at least some of them because people have invented some weird and untrue stories.


First of all, The Bermuda Triangle is very far. However, the cargo cult scientists are waiting for their granddads' airplanes in Melanesia, just some 9,000 kilometers away from the point where the MH370 flight evaporated (oops, I thought it was much closer). Did they finally learn how to use the wooden models of the aircraft and capture the Boeing 777?


The relatives were calling the cell phones of the passengers and they reported that the cell phones were apparently "ringing" long after the aircraft was lost. Experts warn that the signal doesn't mean much. The cell phones could have been destroyed at the moment but the networks may have continued to order the ringing, so it was producing the same signal. Does someone understand that?

Some radars may have detected the airplane in Pulau Perak, an island on the "wrong" side of the Malaysian (...) peninsula (in the Strait of Malacca) but this report could have been just a fantasy. Were they trying to land near the island? You don't want to land in the middle of the island because it's quite a sharp piece of rock. But maybe there are some nearby beaches?

Was the aircraft "just" kidnapped, perhaps following the same fate as the Pennsylvanian airplane on 9/11?

Most interestingly, was it hacked? IT Pro Portal elaborates on this explanation. In October 2013, someone is said to have hacked one of the world's largest GPS tracking networks with a modest $600 equipment.

The hackers were able to direct some vessel(s) along this somewhat unusual trajectory on the map. Yes, it says PWNED! Was the Boeing 777 also "pwned" by someone? Many of these things sound weird, indeed. What do you know and what do you think about these matters?

And I haven't even discussed the two Iranians with stolen passports. They are not suspects, we are told, because stealing passports is no big deal. Virtually all my Persian friends speak Chinese and Malaysian and fly all over East Asia each weekend, anyway, and when they do so, they usually use Austrian and Italian passwords obtained in Thailand (except for my ex-co-author Shahin Sheikh-Jabbari who usually flies from Fiji to Tibet on an his Ukrainian passport bought in Columbia each Saturday), so it follows that much like most of the Iranian citizens, the two Iranian chaps were perfectly holy followers of Allah who are just waiting for their 72 virgins. They can't possibly have anything to do with the disappeared aircraft. ;-)

Did it land, as the BBC just suggested? Where? And what are the answers to the remaining 365 questions above?
Luboš Motl v 1:52 PM
Share