Political fanaticism based on geographic ignorance turns America into a loser

NASA's 2014 budget is $17.6 billion which is something like 0.6% of the federal budget or 0.1% of the GDP. These percentages are much lower than in the 1960s when America was feeling humiliated by the USSR and the budget reached as much as 4.5% of the GDP. But it's still a lot of money. You would expect the country that has arguably been the #1 leader – well, at some critical points, #2 – to be able to send astronauts to space. 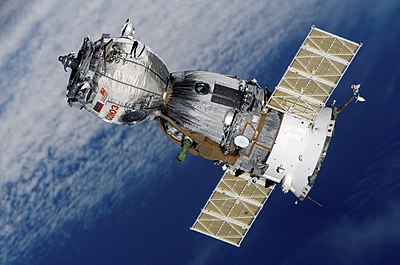 You would be wrong. The space shuttle program looked like a great idea and maybe it was. However, it ended up as an unsuccessful dead end – partially because of the two lost space shuttles and the crews – and it was retired in Summer 2011. Since that time, except for low-orbit flights that are being privatized in the U.S., America relies on Russian rockets. Last year, the price of one seat in Souyz increased from $63 million to $71 million. It's a lot of money; however, with its budget NASA could still afford 250 such seats each year.


For some time, the U.S.-Russian tension surrounding the chaos in Ukraine seemed to be hermetically isolated from the good relationships of the two countries in the space program. That changed today. See e.g.


A NASA apparatchik decided – probably due to some pressure from the White House – to ban all co-operation with Russia, including e-mails sent to and received from Russia! Holy cow, I think that not even during the tensest moments of the Cold War, the two sides wouldn't try to isolate themselves from each other this hysterically.


There are currently two U.S. astronauts on the International Space Station. That could be a problem so NASA gave an "exemption" to the ISS with the justification that it's just an "international" project that happens to involve some Russians. This description of the "nationality" of the ISS sounds a bit comical given the existential dependence of the ISS on the Soyuz rockets and the fact that 3 of 6 of the crew are Russians (there's only one non-Russian, un-American seat, currently taken by a Japanese guy).

Logos of NASA and NADA, its new friend in North Korea.

The bureaucratic arbitrariness of this exemption is amusing and reminds me of some regulations in the communist era. You may be a friend with the Russians on the ISS, drink some vodka with them, it's just perfectly fine, and you may use their rockets. But if the ISS is not involved, you can't even exchange an e-mail with them! ;-) How can they exactly impose such a silly rule? Can't I be sending e-mails to and inviting Russian visitors as long as I give them a T-shirt with the "I love ISS and work for it"? Every interaction may mask itself as an interaction that is needed for the ISS, may it not?

I think that such political interventions into meritocratic activities – especially science but to some extent, fields close to it, including the space research – are just wrong, especially if they hurt America itself. Moreover, it seems bizarre to me that the U.S. always seems to assume that it is just America that is "allowed" to impose sanctions and create problems for others. Haven't they considered the possibility that Russia may retaliate as well? If it were behaving in a similar way, it could just refuse to take the two Yankees from the ISS back. They may very well jump out of the station. Why not?

Up to the mid 1990s, I was skeptical about the claims that the Americans were brainwashed by some anti-Russian propaganda that was analogous to the anti-American propaganda in the Soviet bloc. I would be imagining America as the land of the free and the home of the brave where such government-organized brainwashing just couldn't take place. My years in the U.S. have changed my mind. The brainwashing has been comparable on both sides and these days, I think that the amount of the irrational anti-Russian hatred in America is stronger than the (traces of) the irrational anti-Americanism in Russia.

If it is so easy for the U.S. government to completely eliminate the ability of America to send astronauts (and even any cargo!) to high orbits, and to destroy the results of decades of cooperative work of the technological experts, is it equally eager to force Europe to buy more expensive fossil fuels instead of those from Russia that just work? New alternatives would require huge investments and extra transportation costs. It would be very expensive. Do I want it, just to allow the impotent and geographically ignorant White House to show a finger to Russia? I admit that instead of doubled energy prices, I would prefer a Russian assassination of Barack Obama and all members of his government. It's just better for business, for peace, for progress, and for cooperation between the people and the nations. The world's first non-Soviet non-American astronaut, Vladimír Remek (right, Czechoslovakia), along with his colleague Alexei Gubarev (USSR). Remek has been a communist deputy in the European Parliament for years and now he is the Czech ambassador to Moscow. I've met him once, during the 2nd inauguration of Klaus as a president, I think.

The space research is one of the flagship examples of the importance of the Russian services for the rest of the world. I think that this broken cooperation only helps to highlight this point and the boycott is therefore stupid from a tactical viewpoint, too. Moreover, this astronautic impotence of America will continue at least up to 2017 – at least for three more years. Does someone really believe that it's a great idea to restrict the American space abilities because of the fashionable claims in the mainstream Western media that e.g. Crimea is not a Russian peninsula even though it demonstrably is and that the success of the Maidan riots wasn't primarily do to dangerous fascists even though it was?

I must mention another thing, climate change. NASA has been changing the character of its work. "The National Aeronautics and Space Administration" is no longer able to send people to the high orbit and it won't be able to do so for years. However, it is working hard to pay these $17.6 billion a year to Gavin-Schmidt-like climate alarmist crackpots and fraudsters who would normally be arrested for many, many years if the system were not failing.

I've been among the top 5% lovers of America in my environments but at this moment, I don't believe that America has a bright future in the long run. Too many shitty individuals and groups have grabbed too much power and are transforming America into a country controlled by a big government that worships too many illogical, anti-civilization, dogmatic, hypocritical, unrealistic, and incoherent values.
Luboš Motl v 9:11 AM
Share