Claims: Universe is not expanding

Fred Singer sent me a link to an article in Sci-News,


Universe is Not Expanding After All, Scientists Say


which describes a recent U.S.-Spanish-Italian paper 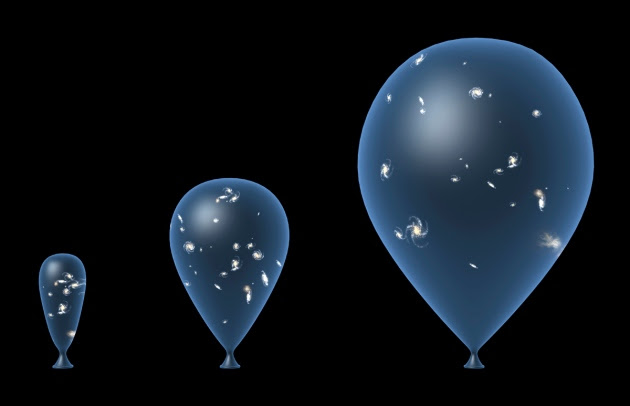 It is quite a bold claim but not shocking for those who have the impression based on the experience that these journals published by World Scientific are not exactly prestigious – or credible, for that matter. The sloppy design of the journal website and the absence of any \(\rm\TeX\) in the paper doesn't increase its attractiveness. The latter disadvantage strengthens your suspicion that the authors write these things because they don't want to learn the Riemannian geometry, just like they don't want to learn \(\rm \TeX\) or anything that requires their brain to work, for that matter.


While the vigorous attempts to revert the quantum revolution are alive and kicking in the Academia – and indeed, also among the celebrated Nobel prize winners – the efforts to "debunk" general relativity with its curved spacetime are confined to less renowned corners. John Hartnett who is writing similar papers works in the Kangaroo School of the Thirsty Australian Desert (not sure whether I remember the name of the institution exactly).

I discussed a very similar claim about the non-existence of expansion by Wetterich last summer. Wetterich is an achieved cosmologist and his paper had at least some mathematical sophistication.

The authors of the new paper work as CEOs of their own plasma physics company (Eric Lerner), a guy in an observatory (Renato Falomo), and a Canary astrophysicist (Riccardo Scarpa). But enough sociology. Of course that such people may in principle make important discoveries in such a journal, too.


The point of the paper is that the expanding Universe of modern cosmology should be abandoned because there is a simpler model one may adopt, namely the static, Euclidean universe. Their claim or their argument is that this schookid-friendly assumption is completely compatible with the observations. In particular, it is compatible with the observations of the UV surface brightness of galaxies.

Some sentences in the popular articles about the preprint suggest that the observations of the distant galaxies contradict the prediction of the big bang theory. The latter is supposed to predict "fainter but larger galaxies". Well, there's no contradiction here, as they admit elsewhere. The galaxies are surely fainter. But if they had been as large as they are now, they could appear larger because they would occupy a larger fraction of the Universe. But one must also calculate how large the galaxies were etc. and things just work out. Of course that if they could write a clear paper falsifying The Big Bang Theory, they would formulate the paper in that way. They don't because they realize that the theory works.

However, they say that their "simple" model is able to achieve the same thing as the usual theory of the big bang. A big claim, too.

The first thing I must say is that I don't really care about the surface brightness of galaxies (used in the so-called Tolman's test of the cosmic expansion) much. From my point of view, the expansion of the Universe is an inevitable implication of general relativity. And general relativity is an equally unavoidable consequence of the special theory of relativity combined with the existence of gravity. So their "simplified" model is bound to be incompatible with special relativity (or the existence of gravity). It doesn't look like a victory to me.

But even from a purely empirical perspective – i.e. if we ignore the broader context in which the theory have to be peacefully incorporated – their self-worshiping claims seem indefensible. They claim to explain something beautifully. But what is it? At the bottom of page 2, we read:


For this study, we adopt the simple hypothesis that the relationship \(d=cz/H_0\), well-assessed in the local Universe, holds for all \(z\). It should be noted that this cosmological model is not the Einstein-De Sitter static Universe often used in literature.

You should realize several things. First, the linear relationship between the distance \(d\) and the redshift \(z\) is indeed working (plus minus noise) for \(z\ll 1\), i.e. in the local Universe. General relativity agrees with that claim for a good reason: in a small enough "filled cylinder" strip of the spacetime, it is guaranteed that the spacetime is flat. It is no coincidence. So if they had an alternative simple theory, and I would say it is too strong a claim to make, its agreement with general relativity would be understandable because general relativity is simple in the local Universe. As I argued in March, the big bang expansion locally is an explosion.

If you go beyond the local Universe i.e. to \(z\sim 1\) or \(z\gt 1\), you shouldn't forget that such a significant redshift of order one – they want to claim that their picture is OK up to \(z\sim 5\) – is due to the relative speeds that are comparable to the speed of light. In special relativity, the \(z\) is given by\[

\] To calculate what happens in that regime, \(z\sim 1\), you surely need – at least special – relativistic effects to be taken into account because \(v\sim c\). But I have already mentioned that they need to ignore special relativity as well because general relativity sort of unavoidably follows from special relativity combined with the existence of gravity. So how can they verify their intrinsically non-relativistic theory is OK up to these high redshifts \(z\sim 5\)?

It's easy. They are actually denying the Doppler-like origin of the redshift, too. You shouldn't distinguish the Doppler redshift from the cosmological redshift too fanatically here because they're locally the same thing. However, these guys say that the redshift of galaxies we observe has nothing to do with relative motion – distances changing as a function of time – at all. Instead, the sentence preceding the quote I have already offered you says:


In this paper we are testing a static cosmology where space is assumed Euclidean and the redshift is due to some physical process other than expansion.


Nice. They admit that they have no idea what this "other physical process" could be. So "their" distance-redshift formula\[

\] is actually a fudge function, a whole functional dependence that they are free to choose and they choose it to "predict" another function of one variable, namely the surface brightness of galaxies \(\mu=\mu(z)\) as a function of the redshift. But by changing the function \(d=d(z)\), you may clearly get any relationship for \(\mu=\mu(z)\) you want! So they aren't explaining a damn thing. This situation is very different from the situation in relativity where the formula for the redshift \(z=z(v)\) may be explained already in special relativity and the Hubble law \(v=Hd\) may be derived from general relativity if you need some accuracy. If you combine them, you get a \(z=z(d)\) relationship, but the "price" you have to pay for this correct explanation is the relative speed of the galaxies \(v\neq 0\) at the center of the explanation.

Needless to say, the claim that the redshift could be due to something occurring in a simple flat spacetime and completely unrelated to relative motion is ludicrous. Redshift is nothing else than a rescaling change of the frequency. The frequency \(f\) in Hertz is nothing else than the number of periods or cycles per second. You may employ someone to stand there and press a button every time they see the maximum of the electromagnetic wave. Your assistant will press the button \(f\) times per second.

If the waves remain sine waves everywhere between the source and the observer, the rate of pressing the button has to be the same everywhere. The light is a consequence of some periodic process (in time), and because the laws of physics are time-translationally-symmetric, the observer has to see a periodic process (light of the same frequency) as a consequence. In non-relativistic physics, assistants who are not moving relatively to each other – the three men want that – are just clearly recording the same frequency \(f\) of the light. If you convert the frequency to the energy of photons via \(E=hf\), you may invent slogans about "tiring light" that suggest that the photons may be losing (dissipating) energy due to some friction-like effect. But if you keep on talking about frequency – and in non-quantum physics, the color is given by the frequency and photons are infinitely small in this classical limit – it is spectacularly clear that the frequency can't change if several people are standing, not moving, in a completely flat spacetime.

Incidentally, because \(E=hf\) in quantum theory, the "self-evident" argument for the preserved frequency (periodic perturbation creates periodic responses with the same periodicity) actually implies something about the energy, the energy conservation law (if the background is time-translationally symmetric). This possibility to derive the energy conservation law from the simpler argument showing the conservation of frequencies is essentially Noether's theorem – and quantum theory with its \(E=hf\) actually simplifies the reasons behind Noether's theorem relatively to classical physics. In the case of energy, the energy operator (the Hamiltonian) is the generator of the translations in time. So these translations are symmetries for the same reason why the energy is conserved, namely \([H,H]=0\). The argument is easily adapted to other conserved quantities and symmetries. Quantum mechanics is hated by many people because it's so abstract and difficult but it is conceptually simpler than classical physics in some respects!

But let me return to the non-expanding Universe.

So these three men – and a few others – who are struggling to "liberate" physics from the curved spacetime geometry have to reject simpler parts of modern physics – special relativity as well – and they have to make indefensible or manifestly wrong claims about "mysterious new sources of changing frequency". The only result of these problematic steps is that they "explain" one function of distance (or redshift) by another function of distance (or redshift) that they freely invented – it means that they don't explain anything at all. The paper is spectacularly free of correct or meaningful claims or insights.

Let me emphasize that according to general relativity, the 4D spacetime – and our Universe – is inevitably curved when matter is present, and it is present in our Cosmos. However, the 3D slices are nevertheless flat or almost certainly flat; their curvature radius is at least hundreds of billions (and probably trillions) of light years, orders of magnitude larger than the age of the Universe (or the typical curvature radii of the 4D spacetime). This flatness of the slices is indeed a mystery in a generic setup of general relativity or the old big bang theory. However, the cosmic inflation explains this nearly perfect flatness.

So I don't think it's necessary for you to read the paper about the non-existence of the expansion.
Luboš Motl v 7:31 AM
Share