Some physicists did get richer: Guth, Linde, Starobinsky share one of the $1 million Kavli prizes (for inflation). Other two triplets – of nanoopticians and neuroscientists – win two more millions in total. Guth and Linde didn't have functional cellphones to receive the good news. Maybe they will be able to buy one – even though Linde plans to spend this money for his breakfast.


Some annoying news from North Carolina:


Paul Frampton is still in Argentina but he should be released soon. The life outside the prison may be hard because Ms Carol Folt, a biologist and an academic official at UNC, just fired Paul for "misconduct and neglect of duty". They try to suggest that they "succeeded" in preventing his retirement so even though Paul is 70 and he would be normally allowed to retire and collect pension, he may be getting none.

I find it the decision and the vigor with which it was made unfortunate. 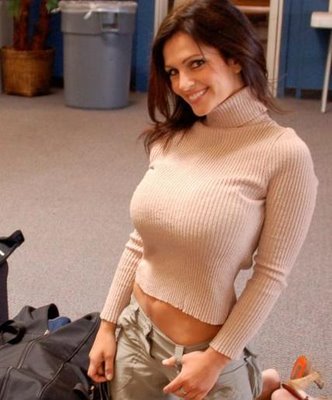 One thing is that Paul has done some really stupid things for a virtual clone of his Czech American girlfriend, Ms Denisa Krajíčková aka Denise Milani, and I can't even 100% verify that he didn't know about those drugs although I do believe that Paul is really a clear soul and a naive person. There's some sense in which his arrest was unavoidable. What happens to you if you're caught with lots of drugs at the airport?


Another thing is that – I suppose – he had tenure at UNC and hasty conclusions of a third-world court shouldn't be enough, I believe, to beat the rules of tenure in the U.S. And most likely, all these bizarre stories show that Paul has one big, loving, open heart on the right place.


The leadership of UNC – collectively as well as individually – isn't among the institutions that have a natural right to moralize. Quite on the contrary.

Folt's predecessor Mr Holden Thorp had to resign because it was proven that 50 classes at their Department of Professional Whining Blacks were fake. Professors didn't show up, grades were changed after the course illegitimately, and so on. I suppose that a major goal of this convoluted fraud was to turn sometimes illiterate black athletes into academic superstars. In the context of the Departments of Professional Whining Blacks, you may call it "business as usual" but the difference at UNC was that they could rigorously demonstrate policy. Carol Folt herself has been their provost (=chief academic officer!) for quite some time and it is unlikely that she bears no responsibility for the years of wrong-doing at UNC. None of her previous positions apparently prevent her from collecting $520,000 a year from Chapel Hill.

At any rate, I do have some understanding why this happened and had to happen, and I am convinced that Paul will be doing fine – with Denisa and her boobs or without these three companions. He was able to get three Oxford degrees, write hundreds of papers and even a TRF guest blog, collaborate with Nobel prize winners, fall deeply in love, smuggle drugs, and survive a Latin American prison. So why wouldn't he survive a harmful decision by a woman who is being jealous because she's not as pretty as Paul's girlfriend? ;-)

I am sorry, Paul, that my compatriot has brought you all this hassle. Or at least her image. If you have some but limited resources left, you may move to Czechia where the life is relatively cheap and many women look just like Denise Milani. Women named Krajíčková live primarily near the center of mass of the Czech Republic.