Out of many quotes by Richard Feynman, Tommaso Dorigo picked a 1965 statement printed in the July 22nd 1985 issue of People Magazine:


Hell, if I could explain it to the average person, it wouldn't have been worth the Nobel prize.


Dorigo himself adds: "I sure cannot disagree more with Dick than on the above sentence!" It is not quite clear to me whether Dorigo "only" disagrees with the general idea that Feynman wanted to convey or whether he even disagrees with the statement that Quantum Electrodynamics cannot be explained to the average person. I am eagerly waiting for Dorigo's textbook explaining QED to the average person! One can't even explain the actual general postulates of quantum mechanics to an average physics PhD – there is a whole "discipline" in the Academia that says that it's perfectly OK not to understand them and to replace the proper knowledge of the universal postulates by a comparative-literature-department-inspired discussion blog – so be sure that the task I assigned to him is much harder. 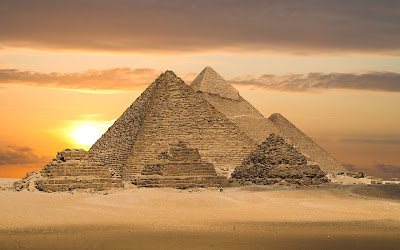 Maybe I should have used a skyscraper instead?

Well, your humble correspondent does agree with Feynman. At least for several centuries, cutting-edge physics – especially theoretical physics – has been built on top of a tall pyramid of insights that depend on other insights. The newest developments, including the breakthroughs, may transform several floors at the top, perhaps many floors. But they just can't overthrow the pyramid so entirely that you wouldn't need at least a couple of floors at the bottom.


The average person is not only unfamiliar with the highest floors of the pyramid that were built recently; she is unfamiliar with many of the floors that are much lower and that almost certainly can't be completely overthrown. (Note that I am politically correct, having chosen a female to represent the people who are ignorant.) So she cannot understand what the newly reconstructed floors were based on and how they change the stability of the whole construct. And even if the pyramid were completely overthrown, the average person is also unfamiliar with the general enough "methodology to build pyramids" so she won't understand why the old pyramid may be replaced by the new one and what it means.


After all, if it were possible for the average persons to understand the newest breakthroughs and why they are important, we would be drowning in huge science discoveries made by the average people, too. For some reason, this scenario isn't materializing, at least not too often. Feynman himself is the "most ordinary men" among those who have made huge discoveries in physics. Needless to say, his being "ordinary" – given his teenage status as a Putnam Fellow etc. etc. – is a kind of a joke, anyway. The importance of a discovery may be measured by "how much and how deeply it changes things", but no discovery may start to build science from scratch.

I should emphasize that it doesn't mean that science isn't in principle open to all people. Of course, due to science's impersonal character, it's open to everyone in principle. But what I want to say is that to display and to exploit the potential needed to comprehend modern science and to get close to the cutting edge is already something that turns a human being into a not-so-ordinary person!


Rather surprising statement, by somebody who cared a lot about explaining complex physics to laymen!

However, I am afraid that if one counts the number of Nobels you got, and the number he got, one should conclude that his opinion on this subject carries more weight ;)


Of course, the second sentence contains an important warning. If someone would like to donate a Nobel prize to himself, it still doesn't follow that he deserves it. Instead, he may still be closer to an average person and he may populistically worship the appraisals by the average persons.

Concerning the first sentence of the comment, well, I personally don't see any contradiction. I think that Feynman was driven to the explaining things by the same driver as myself. He was disappointed to see how utterly inaccessible the exciting and beautiful things learned by physics were to most people, especially the average people but not only just the average people, and he was surprised how completely deluded most people were about rather basic things, and he just wanted to reduce the gap!

But to struggle to reduce the gap requires one to appreciate that the gap exists in the first place – and that much of the gap will stay in place, too.

When it comes to lots of skills in experimental particle physics and perhaps some related skills, Dorigo is clearly at a very different level than the average people among his readers, and I am confident that he must realize that he hasn't really taught a single one how to be able to do the professional work he is doing.

On the other hand, when it comes to lots of other skills and parts of his knowledge, Dorigo is dumb as a doorknob – technically speaking, he is as dumb as the average person. Think about SUSY or string theory or lots of other topics and you will see: He is as deluded as a Woit or a random unhinged chimp in the zoo. This, thoretical part of his brain is filled with sawdust. His comments about the likelihood of various theories behind the Standard Model prove that he doesn't have the slightest clue. The neurons needed to "see" how the top floors of state-of-the-art theoretical physics may be transformed and how they can't be transformed and how to decide are completely missing. He is at most able to work within a dogmatic framework he has been partly taught in which one is obliged to believe that theories as composed in the 1970s are the exact truth (which they're certainly not). Of course that the chance that he could get a well-deserved major prize for cutting-edge theoretical particle physics is zero. This fact severely reduces the value of anything he may say about the prerequisites for such prizes.

I think that at the beginning, many science-oriented blogs were created as a part of the movement to reshape science and the way how people talk about science according to the wishes of the average person. Even though many more perspectives arose later, it still seems to me that the "populist movement in science" represents a major part of the science blogosphere. I am afraid that Dorigo's blog largely belongs to this category. Also, I have often emphasized that this website is an antiblog, not a blog, according to this definition.

Of course that even if you focus your attention on Feynman's statements about the laymen talking about physics and the problems with that, you find many ideas and quotes. For example, he once said:


The real problem in speech is not precise language. The problem is clear language. The desire is to have the idea clearly communicated to the other person. It is only necessary to be precise when there is some doubt as to the meaning of a phrase, and then the precision should be put in the place where the doubt exists. It is really quite impossible to say anything with absolute precision, unless that thing is so abstracted from the real world as to not represent any real thing.

Pure mathematics is just such an abstraction from the real world, and pure mathematics does have a special precise language for dealing with its own special and technical subjects. But this precise language is not precise in any sense if you deal with real objects of the world, and it is only pedantic and quite confusing to use it unless there are some special subtleties which have to be carefully distinguished.


Language that is clear for the average person really prevents it from being precise. And even in principle, language that completely precise is by definition the language of mathematics which is inevitably divorced from any direct relevance to the real world. There is a complementarity or trade-off of a sort here. Physics lives somewhere in between the common-sense, somewhat sloppy language-based talking about the world on one side, and the mathematically rigorous discourse on the other side. One needs to be careful and precise about way too many things that the normal language is imprecise about. But there are also subtleties that arise in mathematics that are irrelevant and misleading in physics and a good physicist has to learn how to ignore them without damaging his precision about things that do matter.
Luboš Motl v 3:52 PM
Share