Has the extinction rate increased 1,000 times?

Lots of journalists happily spread the "gospel" about a recent paper in the Science Magazine,


The biodiversity of species and their rates of extinction, distribution, and protection


by S.L. Pimm and 8 co-authors (U.S., U.K., Brazil). The abstract suggests it is a rather careful, conservative paper with some interesting statistics. The summaries in the media are not so careful, I think. 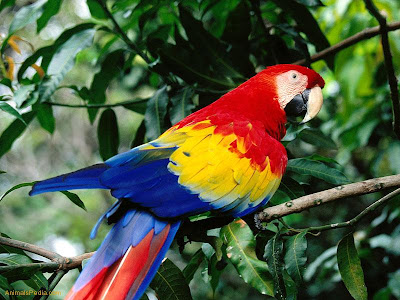 The eye-catching figure is that it's being estimated – and as far as I see, the paper assumes it is essentially right – that the "number of species that go extinct per year" has increased by three orders of magnitude. That's huge and I would surely count myself as someone who cares about the biodiversity problem if the truth were close to this number.

I have no doubts that people have exterminated numerous species – usually by clearly hostile tools such as guns, not so much by some esoteric, hypothetical, and convoluted methods such as carbon dioxide emissions which are OK for everyone – but are the numbers so bad?


However, I tried to figure out how this ratio "1,000" is being calculated and I have largely failed to find an argument. Is there a TRF reader who understands these issues and believes that there is some good enough evidence that the ratio may be this high?


Without the humans, one species typically lives for a few million years. This fact seems to be roughly hold for very diverse groups of organisms. If the "factor of 1,000 spedup" is real, an average species is destined to live for thousands of years only right now.

I think that because of the very basic rules of evolution, the very definition of a species may be fuzzy enough so that these questions don't admit any high-precision answers. In some types of organisms, the inter-species separation may be more significant than in others.

Over 100 years, the volume corresponding to the separation may very well grow by 10% in some measure which should mean that we should increase the number of species in this group by 10 percent, too. If it weren't politically incorrect, biologists might be forced to admit that the human population has split into several species, too. But I think that the conservationists are not really taking the evolution in their lifetimes into account. Along with their creationist friends, they still consider species to be fixed, unevolving boxes that were defined millions of years ago.

But the species are constantly and gradually being created by differentiation and this process has always competed against extinction. I don't see any discussion of this which is a part of the reason why I find it hard to accept these attempts to quantify the extinction rate as a good science.

Like the paper, this video shows where conservationist efforts may be most effective for biodiversity.

Moreover, as the authors of the paper are very well aware, the ranges of the species differ by many orders of magnitude in between the species, too. This correlation increases the risk of extinction for species with small ranges, and so on. So a particular definition of the extinction rate may very well be determined by some insanely small populations and whether or not we count them as separate species.

Also, I have a problem with the widespread assumption of the "universal background extinction rate". It seems likely to me that in various eras, the extinction rates were significantly different – even in the absence of meteoroids. Like earthquakes, extinctions are probably correlated with each other so they like to be grouped, much like earthquakes with smaller tremors that are linked to them. The recent centuries may experience a much higher extinction rate than the quietest centuries before the humans arrived but they may still be comparable to some rather normal centuries in which the extinction rate was higher – even though there were no meteoroid-like catastrophes.

Off-topic: Aquababes is what you get when Universal Music (with some visible help from the bottled water maker Aquila) organizes a casting and constructs a completely artificial girly band. They're cute and hot but the music ("Don't Call Me Baby") is sort of mediocre, isn't it?
Luboš Motl v 5:17 PM
Share