Will millions of girls start to code for $50 million?

I don't think so but I wish Google good luck

These folks at Google must really believe the cause.

What you said was nice, girls, except that I would bet that these words were written by a man.

Google along with Chelsea Clinton and others are paying $50 million to an initiative (madewithcode.com) that should attract girls to coding, programming, and reduce the gender gap in information technologies. 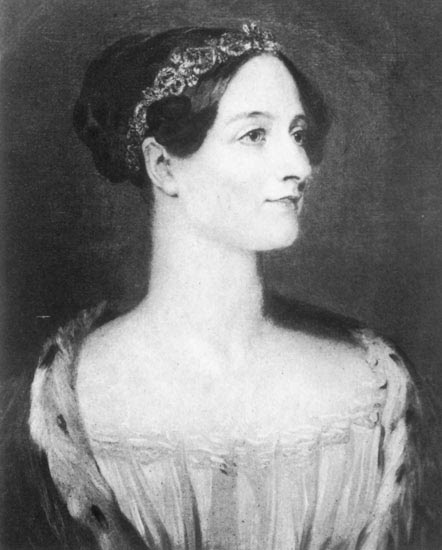 In 1840, when this portrait was being drawn, she didn't enjoy any Google programs or other kinds of affirmative action but she was still very effective as a programmer for Charles Babbage's mechanical calculators. Her fame has also persuaded some modern programmers to name a programming language, Ada, after her.

As a kid, I would read some articles praising this programming language as being so much wiser than Pascal and others which made me religiously believe that Ada was the ultimate language I wanted to use. Only later, I could actually see how it worked a little bit. What a contrived, convoluted, bureaucratically inefficient list of unnecessary would-be improvements that don't really improve anything! ;-)


But back to the gender gap. The idea behind the project is that the gender gap in information technologies is, much like in the case of theoretical physics etc., just a cultural thing. So by changing the culture a little bit, the reasoning goes, we may pretty much double the number of great programmers etc.

Well, good luck to them but the approximate absence of girls and women in hardcore silence-demanding computer activities isn't a cultural thing. The gap is so omnipresent and affects so many computer-related activities that people are clearly choosing pretty much freely that we may exclude the idea that the asymmetry is a cultural thing at hundreds of sigmas confidence level.

I may start with some anecdotal evidence. Of course that over three decades of interactions with people in computer-rich as well as ordinary environments, one collects a significant amount of experience about the people's actual desires, hobbies, what they're good at, what makes them satisfied.

Most recently, I could be comparing my 5-year-old (indirect a bit...) nephew and niece who are twins. Twins have the advantage that because they essentially share lots of the DNA, you may attribute a maximum amount of the differences to their different sex. The girl would be more disciplined, willing to learn various things, and even more manually skillful in various respects for quite some time. I was carefully watching these things, in order to adjust my invalid expectations. But if one thinks about it, these things – including the higher discipline – really do agree with the general statistical expectations. Girls are more disciplined, boys are the rebels. When it comes to tablets, smartphones, and computers, there are no longer any doubts that the boy is attracted to them – and more skillful in dealing with them – than the girl. By orders of magnitude.

Some people could hypothesize that this IT gender gap only arises during puberty etc. and it may indeed expand at that age but I am pretty much absolutely certain that the gap is already huge at the age of 5. Biologically, the gap doesn't really result just from some influence of hormones that start to spread during puberty. The brains are being built differently from the very moment of the birth and, indeed, well before the birth, partly due to the different hormonal environments affecting the embryo.

The girl had lots of opportunities to fall in love with any of the same games that the boy likes to play – Angry Birds, Angry Birds Go (car races), Beach Buggy Blitz, Subway Surfers, and many others, but she just doesn't know how to play these things and isn't attracted to them although she's very good at many things that don't depend on technology.

This is just a latest playground to collect some data about the gap. Over the decades, I had hundreds of classmates, about 1/2 of them were female, not to mention various other friends and relatives, and I may safely say that the relative repulsion of the girls from the computer programs etc. wasn't a matter of a cultural image. One gets close to many people to see how they really feel about something.

One may see that the percentage of women in the CS (computer science) jobs is – due to various kinds of affirmative action – (much) higher than what Nature and the free choice would prefer. Check these numbers. In 1986, girls represented 36% among undergraduate CS majors. This number has dropped to 20%. In the workforce, the percentage dropped from 30% to 27%. And so on. The higher percentage a few decades ago was an experiment in the early stages of the computer industry. It just didn't work well. Despite the continuing affirmative action, that high percentage was simply unsustainable.

I would bet that the natural percentage of women in the "really technical" CS jobs is below 10%. Every excess of the real-world numbers above this 10% (or less) is a cultural thing! Looking at the interests of the somewhat broader youth, the article linked to a minute ago says:


The leap toward more advanced computing comes not only from playing games—today, 94 percent of girls are gaming, compared with 99 percent of boys—but in becoming curious about how they work and then beginning to tinker with code in order to modify game results. Boys are still much more likely than girls to explore this type of simple computer programming, and not every young girl who is curious about how computers work has an encouraging parent at home or the hardware she needs.


You see that already the first asymmetry that is quoted above is huge, if you revert the numbers. Only 1% of boys is not gaming at all; the percentage is 6% for girls. That's quite a difference. But gaming itself isn't the activity that maximizes the gap. It's the modding of the games, looking under the surface, hacking and modifying the programs etc. where the boys start to completely beat the girls. It's very hard to imagine how the environment or the culture could create this bias. If a girl and a boy are already allowed to play computer games, the decision to mod or not to mod the game is their own. It's being done in the solitude.

The comment about the "encouraging parent" above is silly, of course. When they're modding or hacking something, most of the boys don't have encouraging parents, either. In fact, they're much more likely to get severely beaten than the girls! But the point is that if the encouragement (or the lack of it) is the same, the boys will hugely dominate the modding-and-hacking-and-simple-reprogramming industry relatively to the girls. The selective "encouragement" of girls implicitly mentioned above is ultimately irrational, unfair, and counterproductive. It's unfortunate that people write similar sentences that automatically assume that a good parent should "encourage" in this skewed way; the author of the sentence doesn't want you to ask whether such a skewed "encouragement" is the right thing to do. This question is supposed to be a taboo – well, probably because they don't like the rational answer to this question which is "No".

Quite generally, the gap can't be due to the biases in the hiring and admission process. The activities that are as independent of other people's ratings as you may get show the gender gap to be even more striking. Take the number of female bloggers focusing on computer science or something like that. In principle, everyone – amateurs – can do such a thing. But the gap in this activity and similar ones is arguably well above the 90-10 gap mentioned previously.

Those people must believe that they can really bring the percentage close to 50-50. If they really believe that this is possible and the gap is just some cultural artifact, an error of the measurement, they must be pretty frustrated that their efforts are failing and they're failing increasingly more badly. Why don't they try to befriend the laws of Nature instead? Nature isn't a rectangular body of uniform grey gas that has the same percentage and concentration of everything and everywhere. It's colorful, highly non-uniform, and this non-uniformity is both natural and necessary for any interesting things to work and exist.

Google's $50 million paid to attract more girls to computer science may at most create the illusion that the gap will have been reduced. It may add some makeup somewhere. Perhaps, it can force some girls to do things they wouldn't choose otherwise (and perhaps to pay their employers a part of the losses) so that some organizers of the initiative can pretend that they have been successful. But all such initiatives trying to social-engineer preconceived percentages of people in various occupations are counterproductive for the economy and for the people's own satisfaction with their jobs and with their employees.
Luboš Motl v 9:05 AM
Share