Four miles from my home, in the village of Kyšice, they are building the new tunnels and tracks for the sped up Pilsen-Prague railway path. I know Kyšice very well not just because it's only 3 miles from my home but because I like to pick walnuts over there every fall. You know, the tree dares to transcend the private garden and reach the public roads which has consequences. ;-)

See a blog post about the railway project. It's a standard practice that archaeologists are checking the place before they irreversibly transform it.


What happened in recent days seems remarkable, if they are right.


An article at Plzen.IDNES.CZ (autom. transl.)


It seems to be an artificial reservoir, or the constructions needed to make it, which was arguably built in the Neolithic Era – which, in our regional context, means something between 7,500 and 8,000 years ago. No other reservoir on our territory is believed to be this old. Note that the Egyptian colleagues hadn't even started to build their pyramids yet.


The dam was providing at least dozens of people with the drinking water. It's plausible that it was also a pond to grow fish – they will look for bones to confirm this hypothesis. Finally, it's also plausible that the Pilsner Empire was using the dam as a backup hydroelectric power plant for the situation that the Imperial Thermonuclear Power Plant of Kyšice is hit by an asteroid. 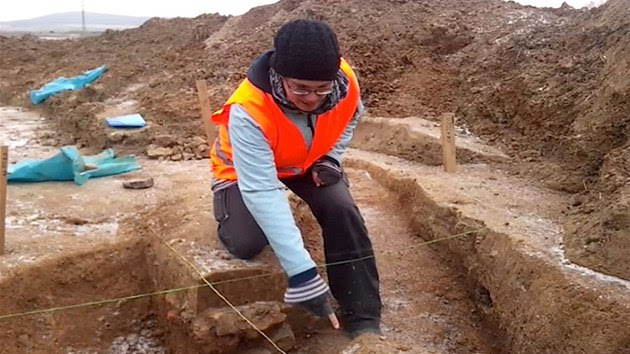