I've been overwhelmed by the sheer amount of idiocy about quantum mechanics that we may encounter in the would-be scientific mainstream media. A new wave of nonsense claiming that someone overthrew quantum mechanics is appearing on a daily basis. Please, don't send me links to this stuff, there has been just way too much of this worthless trash that is getting worse and worse.

The first individuals who would start campaigns against theoretical physics a decade ago – various Shmoits – should have been given a proper thrashing at that time so that they wouldn't climb out of the sewerage system again. We have failed miserably and just like I predicted, similar anti-science compaigns are increasingly strong, increasingly stupid, and attacking increasingly fundamental (and increasingly elementary) layers of modern of science. It was "just" string theory 8 years ago, now it is quantum mechanics. By 2020, heliocentrism is sure to be under attack, too.

About 8 people sent me links to this story about the droplets "proving" that quantum mechanics isn't based on probabilities and is governed by something like the pilot wave theory.


What If There's a Way to Explain Quantum Physics Without the Probabilistic Weirdness? (Colin Schultz, Smithsonian.com)
Have We Been Interpreting Quantum Mechanics Wrong This Whole Time? (Natalie Wolchover, Quanta Magazine)


The story is that Bush et al. at MIT did some playful experiments with droplets and the conclusion is supposed to be that this strengthens the case for de Broglie's pilot wave theory.


All of Nature is governed by mathematics. So we encounter mathematical objects and equations everywhere. Even some types of ordinary or partial differential equations are recycled hundreds of times, in very diverse situations.


A person who hasn't been sleeping since the time when she was an embryo must have noticed this omnipresence of mathematics and is no longer shocked by it. In fact, such a sane person has improved her resolution and precision a little bit so she is able to see differences.

One may surely design some objects that obey equations not too mathematically different from those that Louis de Broglie (and 25 years later, if we just pretend that plagiarism is OK, David Bohm) proposed to replace proper quantum mechanics. The waves in the model may propagate similarly.

In fact, this "modeling" and "visualization" has a rather long history: George Francis FitzGerald has constructed a working model of the "luminiferous aether" emulating Maxwell's equations (partly inspired by James Clerk Maxwell's own engineering sketches of the gadget) out of wheels and gears. Mechanics flourished in the 19th century. These successes couldn't change anything about the fact that the luminiferous aether doesn't exist. One would think that people learn some lesson. On the contrary, a vast majority of the people learn nothing at all and they are doing much more stupider mistakes than the people in the 19th century.

The problem is that there are also a huge differences that you shouldn't overlook unless your brain is completely messed up. While the wheels-and-gears model of the aether pretty much did what it was supposed to do, there are differences both in the physical interpretation and in the mathematical details of the two situations here – droplets and the wave function. You might say that the former (physical, interpretational, conceptual differences) are more profound but once you learn to think quantitatively, you actually see that the latter (the mathematical differences) is equally profound and, in fact, equivalent.

In Schrödinger's picture (and even in the misguided equation controlling the "pilot wave" proposed to supersede quantum mechanics), the wave function obeys an exactly linear equation\[

\] Note that this equation is linear in the probabilities and it has to be so for a simple reason. The probabilities are just ratios of repetitions of an event in which a condition is satisfied. The binary operators "OR" and/or "AND" correspond to the intersections and unions of sets of these repetitions of events and the equation above is nothing else than the equation dictating the number of elements in a union of two sets (divided by the total number of repetitions of the event). You just can't modify these rules, not even by a tiny amount.

All the experiments we have ever made are consistent with the exactly linear evolution of the wave function and the exact linearity of all the operators encoding observables – any observables. But once again, you don't really need to make experiments. This is a matter of elementary consistency of quantum mechanics.

On the other hand, the shape of droplets is encoded in observables, e.g. in functions \(x(t)\) of time or in the fields \(\varphi(x,y,z,t)\) etc. Classically, they are \(c\)-number-valued functions of time (or spacetime) coordinates. Quantum mechanically, these are observables – i.e. linear operators on the Hilbert space.

So even if you forget about the completely different interpretations of the wave function and the shape of droplets, there is a difference (well, many differences, but I chose this one) at the purely mathematical level. The equations governing the evolution of the wave function must be exactly linear and there can't be any debate about it because it's a matter of consistency. The equations governing the evolution of the shape of droplets are almost certainly nonlinear because there is no general constraint that would ban the nonlinearity, and they are therefore 99.999...% likely to occur. You may find situations and approximations in which the nonlinearities are small or the nonlinear equations emulate some linear ones for other reasons, but fundamentally they are very different.

So these things may be similar at the level of containing some remotely similar differential equations but as soon as your resolution gets better than mine is after 10 pints of beer, you should be able to see that there are profound differences both of mathematical and physical nature.

I really can't understand what drives people to saying and even writing these breathtakingly childishly stupid things. If you have a slightly retarded 6-year-old baby, it may ask you why cars move. And you explain to her that there is an elephant inside the car. 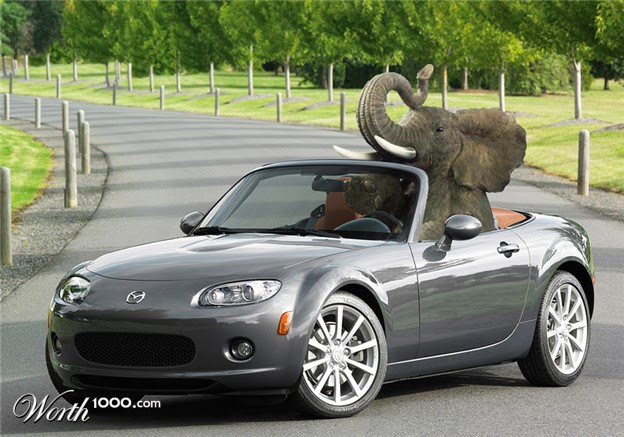 Well, sometimes it may be true but what you mean is that there is an elephant inside the motor who is pushing the wheels using its trunk. That's cute – well, the child is perhaps cute which is why everything she likes is cute – but for an adult person, it's just stupid. Even if a child is satisfied with the explanation, it clearly doesn't work. It cannot satisfy a person who is able to ask why and creatively test the ideas that are being pushed into her ears.

The motors are just not being built out of elephants.

There are way too many things in the articles that drive me up the wall. While a few physicists – e.g. Anthony Leggett – are allowed to mention that this whole droplet-quantum "work" is worthless šit, there are many others who positively hype it, including some favorite physicists of mine. Their affiliation often happens to be the same as that of Mr Bush. But a bias that is this obvious is just bad. Note that I haven't mentioned the name of the particular physicist who disappointed me, in order to keep the name confidential, but to promote this kind of šit just because they do it at MIT is outrageous, Frank! ;-)

Even if I subtract the pathetic "research" and the disappointing support of it by some well-known names, there are just so many things that are so insultingly stupid, manipulative, and contradicting the very essence of the scientific method. Wolchover's title is


Have We Been Interpreting Quantum Mechanics Wrong This Whole Time?

More generally, science just doesn't work in this collectivist way, and it will never work like that. So if some hopeless morons decide that the probability of the pilot wave theory has increased because they have played with droplets like retarded 6-year-old children, it will still be true that "we" continue to know that the paradigm is as wrong as it was in 1927.

I wanted to write a rant so that I may finally close the two insultingly stupid pages about the "droplets of quantum mechanics". I hope that now I will feel a bit lighter and please don't bother me with this junk again.

This blog post won't be proofread again because this whole theme is an amazing waste of time.
Luboš Motl v 4:36 PM
Share