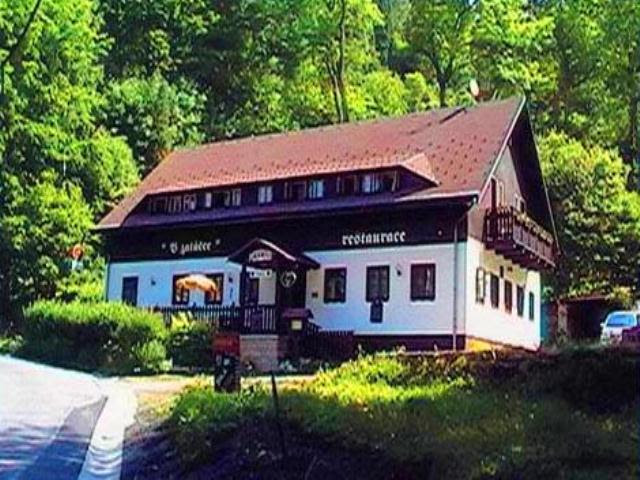 "Genoa" where the school took place, like other towns in this mountain range, is full of pensions of all kinds and sizes. Incidentally, "Venice" is nearby, too.

It was fun, the people were very interesting and the Jizera Mountains in the Western Sudetes are a good place to visit, too.


There would be too many things to write about but I am afraid it is not an optimal material for this globalized physics blog.


It just happened that after many years, I met Martin Schnabl, the most successful Czech string theorist, and his family on Prague – Černý Most (Black Bridge), a bus terminal in Northeastern Prague. When I was leaving the international train Albert Einstein (I wouldn't travel with a less relativistic physicist's train) from Prague to Pilsen, I also met an aide to ex-president Klaus and learned that he was born in Pilsen, too.

The little children were much less afraid of talking and asking about physics and especially three boys from a basic school, especially some of them, were pretty amazing when it came to the number of questions as well as the language and the type of "adult" phrases about cosmology etc. that they (or he) would be able to construct. ;-)

After I returned, my Internet mailboxes etc. were overloaded. At least, I already managed to regain the bronze spot in the preliminary Higgs Kaggle leaderboard, jumping above the marijuana guy. But the codes needed to get these scores are already so complex (and also use Christian Veelken's calculation of the CMS reconstructed Higgs mass – within my contest submissions, it was the first time in the human history when CMS methods were applied to ATLAS data!) that I may be unable to teach everything necessary to the organizers. ;-)

One day strictly away from the Internet was enough for the world to deteriorate by a significant amount once again. Russia will stop imports of fruits and vegetable from Europe – very bad for agricultures of many post-socialist countries – and all food from the U.S.; and it plans to ban the transit over Russia for many which would be rather bad for many flights between East Asia and Europe, among others. No one adult seems to be in the room of the globa politics. At least I think that the Russian revenge seems to be more carefully optimized to sting.
Luboš Motl v 11:04 AM
Share