I urge Moscow to treat EU countries separately, too

A summit in Brussels chose the successor to the EU "president" von Rumpuy. It's no one else than Donald Tusk, center-right prime minister of Poland. He will take the lead in December.

As this 2008 Polish parody "Donald Marží" (Donald Is Dreaming) of a funny 1978 Czech song Joey from the Swamps (the #1 song of your humble correspondent from the kindergarten years; there is even a Japanese parody of the Polish parody) reminds us, Tusk is known as the guy who has ludicrously promised the Poles to completely eradicate corruption and to create another Ireland in Eastern Europe. Well, I still think that the replacement of von Rumpuy by Tusk represents progress in the positive direction. 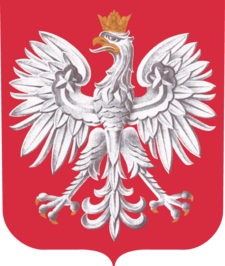 The Polish coat of arms shows a duck, in order to celebrate Mr Kaczynski and Mr Donald Duck-Tusk.

Radek Sikorski, a former Polish minister of foreign affairs and a staunch Russophobe (not too many other things define his identity), could have been the replacement of Catherine Ashton. But the new EU "minister" of foreign affairs will be Italian social democrat Federica Mogherini who actually has pretty peaceful relations to Russia (and was important in an Italian-US society, too).


Some mindless warmongers wanted to escalate the tension surrounding Ukraine, something that is hurting not just Ukraine but also Europe. We could see that Slovakia is still the closest nation to Czechia in the EU.


Since January 1993 when both countries became independent, the governments of both countries were almost constantly anticorrelated. A right-wing Czech government coincided with a left-wing Slovak one (e.g. at the beginning) or vice versa. Right now, we are unexpectedly synchronized. Both Sobotka (CZ) and Fico (SK) are social democrats.

They also agree with each other that the sanctions against Russia haven't helped anything. On the contrary, they seem to make the situation worse. You don't need an PhD to reach this conclusion. However, something more nontrivial has happened. They convinced the remaining European politicians that Czechia and Slovakia should be allowed the right not to join particular sanctions that could be against our national interests.

So we have won the exemption but it is really easy for a malicious enough EU politician to ignore that promise. Some years ago, Czech ex-president Klaus won the Czech exemption from a new EU Charter of Human Rights that could be used to strengthen some Sudeten Germans' claims to assets in the Czech Sudetenland. Needless to say, when Klaus left the Prague Castle, the mongrels in the EU exerted some pressure and the exemption was canceled. One can't believe a word that these individuals say. But I still believe that after a sufficient number of these backstabs, people will start to notice.

In my opinion, it is counterproductive both for Russia and for the European nations that Russia does seem to treat the EU as a single entity. Czechia and Slovakia are examples of countries that are doing as much as they "realistically" can to soften, slow down, or revert the increasingly hostile and counterproductive (economically and otherwise) behavior of the EU as a whole – within the limits of the suppression of our rights and national interests and intimidation that Brussels is imposing on us.

So I urge the Kremlin and other powerful buildings in Moscow. Tear down the wall and remove Czechia and Slovakia (and perhaps others) from the list of countries sanctioned by Russia! This exemption could even encourage folks in other nations to notice that our attitude is somewhat more rational, fair, and constructive than theirs.

Thank you very much.

This comment may end up to be just a vacuous rhetorical exercise of mine but it would be nicer if it were more than that. If you feel that it may be a good idea and you know how to contact some top Russian politicians, please do it!
Luboš Motl v 8:43 AM
Share