Irradiation of face by LHC beam is better than Botox

Like other trained particle physicists, I have often been asked what would happen if you decided to insert your hand or head or another part of your body right to the LHC beam.

I wasn't sure about the right answer because it's a complicated interdisciplinary question combining particle physics, radiation safety, biology, and some condensed matter physics and thermodynamics. To be sure, I recommended people not to try this experiment because it would almost certainly be lethal. 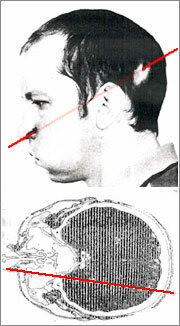 These charts of Anatoli Bugorski's skull resemble the investigators' map of the JFK assassination scene.

Three weeks ago, Extreme Tech brought us a story that I didn't know and that may actually force us to change our minds. The experiment has already been tried 35 years ago and the guy is still around.


In July 1978, Anatoli Petrovič Bugorski was trying to find a reason why their U-70 synchrotron accelerator with center-of-mass energy about 76 GeV did what the Soviet products were best at – it was malfunctioning – and it just happened that his head ended in the beams' path. The beam energies were 100 times lower than the 2012 LHC beams but still infinite relatively to the energy scales of chemistry so the difference between the LHC and U-70 shouldn't be qualitative (the instantaneous luminosity also has an impact, of course, but I can't tell you too many details about this dependence).


He is estimated to have received 200,000-300,000 rads of radiation (2-3 kJ/kg: 0.5-0.75 °C increase of water's temperature, if you convert it via the heat capacity), enough to make a hole through his tissues. OK, what happened. Has he be turned into an Iron Man, Superman, or Spiderman? Did he survive with an elegant hole through his head? Did he evaporate on the spot?

The first option, one involving the Iron Man, is closest to the truth. At that moment, he felt no pain but he has reported having seen a huge flash – like thousands of Suns and millions of Gods combined – and I guess that he saw these flashes without the help of the eyes. ;-) With beams that are this strong, your generic cells probably start to see light just like if they were cells on your eyes' retinas. But maybe it was just his retina that saw photons that originated in or were reflected from some intersections of his body and the beams.

A part of his head swelled insanely for some days but look what he looks like 36 years later: 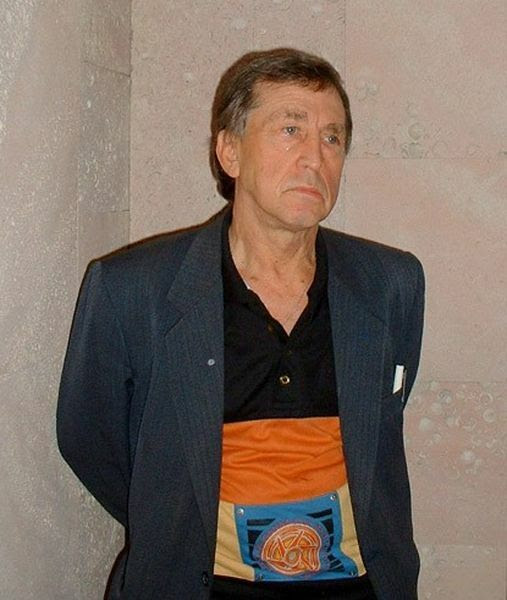 He looks rather alive. In fact, the left half of his face has almost no wrinkles. It's because he was prevented from moving it – the muscles were paralyzed. (The reason why Stephen Hawking still looks so attractive and young is similar.) If you want to reduce the number of wrinkles, especially the new ones, you may try to visit the LHC and insert your head to the LHC beam – assuming that the Eurosoviet safety policies are as relaxed as the Soviet ones.

The dose would have been lethal if effectively absorbed by a huge percentage of your body cells. But the key to his survival was the localized character of the damage – only cells near the microscopic hole were killed (but really vigorously).

Some particle physicists indicate that instead of having used Botox, the U.S. secretary of state John Kerry used to expose his head to the proton and antiproton beams of the Tevatron in the Fermilab near Chicago, Illinois. Except for pointing out his irrational and amateurish decisions and speeches (whose cause may lie outside Fermilab, to be sure), I can't offer you any evidence in one way or another, however. 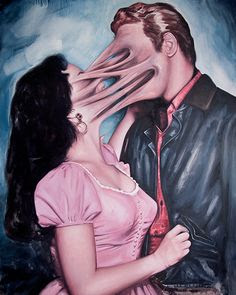 The beams may also produce a perfect union between you and your beloved one. As you can see, the LHC will have many applications even after it finds all the superpartners in 2015 or 2016.
Luboš Motl v 7:42 AM
Share