Even though the local social democrats were working hard to threaten the project (just because of a few percent of the budget), the new $40 million theater opened here in Pilsen last night – Smetana's Bartered Bride was the first thing that the viewers saw.

Most of the fans of arts seem to be happy with the appearance (initially designed by Portuguese architects) as well as the acoustics. That's good news because the Pilseners are a conservative bunch. Well, there are some Pilseners – like the local ice-hockey guru Marty Straka – for whom the theater is still too modern.

The white wall with the bubbles is supposed to represent a "curtain dividing the real world from the virtual one". The plays take place in that part of the building; the other, more ordinary black part of the building is for maintenance and technical purposes.


I found it sort of remarkable that it's the first new Czech theater built for that purpose in 30 years – which includes the whole post-1989 new era of capitalism – that was built on the territory of Czechia. Well, given the fact that theaters generally need subsidies, it is perhaps not too surprising but it is true that I would instinctively prefer a society that would be building more theaters.


The building stands next to the 7-year-old Plzeň Plaza Mall and is large, luxurious, and so on.

The main Pilsner theater built in 1902, The J.K. Tyl Theater, has a classical appearance. 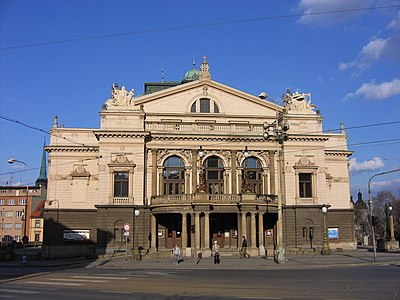 One theater wouldn't be enough, of course, so the visually unimpressive 1937 Chamber Theater (next to the former Regional Communist Headquarters building, see on the right on the picture, and across the street from McDonald's in a 8-story building from the late 1920s known as The Skyscraper, switch to "images") has been important for the cultural life in Pilsen for decades. Aside from that, the Palace of Culture was built during communism in the 1980s. 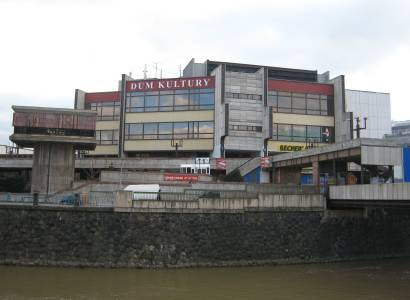 This highly "progressive" building standing on the main commercial avenue of Pilsen was nicknamed "The House of Terror upon the Radbuza River" (it rhymes in Czech) and as an ugly and no longer too profitable symbol of communism, it was demolished about two years ago. In a referendum, the Pilseners vetoed a private project to build a pretty multi-purpose mall over there so there will be a dirty hole with a cheap large parking lot over there for years if not decades.

At any rate, such an investment in Pilsen was appropriate for the whole country because the city will become the "European Union's Capital of Culture" in 2015.
Luboš Motl v 7:38 AM
Share