What is behind the success of TBBT?

The eighth season of The Big Bang Theory began two weeks ago – and it began with the rather standard 18 million American viewers which keeps it the most watched show on the U.S. screens (it won the last night, too). Yesterday, the Guardian wrote a sort of interesting article about the different people's understanding of the success:


Some people don't understand the modern world so they're mystified by the success. That includes most of the critics who are, after all, just representatives of the so-called "humanities".

A good TV show should only use one camera, they say, and describe the life of a high school beauty queen and a male athlete who take themselves very seriously even though they don't even have a PhD. These critics don't have a clue about physics and the culture of physicists, so none of them – and none of their friends – watches TBBT. Sheldon has won four Emmies but that's it. As a whole, the show hasn't even been nominated for the major prizes. 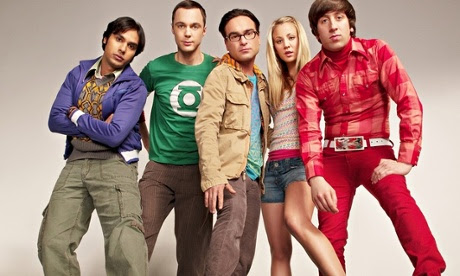 Well, many others have a stronger emotional attachment.


The show may be popular because of several reasons that are mentioned in the article. First, the "geek" culture is becoming mainstream. In the past, the normal attitude would be for the "majority" to look at the "geeks" as if they were sick people. That would also be exemplified by assorted superstitions – why it's bad to be very educated, and so on.


Second, the highly educated people who are people's "overlords" are shown as ordinary and usually laughable people. This removes a gap and many of the ordinary people in the supermarket, the ordinary bankers, toll-takers at the Golden Gate Bridge, as well as rocket scientists who only have a master degree from the MIT like to see that they're similar to the actual elite in some sense.

The jock and the high school beauty queen are dead, the Guardian quotes Katherine Brodsky, a stringer (which doesn't quite mean a string theorist).

Also, the article claims that the show avoids complex plots. This may sound as a controversial claim – but I guess that they mean that the characters and their situation aren't dramatically evolving in the long term which allows you to watch the show even if you skipped several episodes (or seasons). Therefore, the "previously on the show" explanations may be largely omitted. The plots confined to the 20-minute episodes (and usually one-half of each) are probably considered non-complex.

The characters have human qualities and human problems that many people recognize, despite the characters' degrees and high IQ and the exaggeration. And they're nice people once you see into them!

Technically, the show is available on all networks which helps. Haters admit that it's great that they can see the show in every hotel because if they loved the show, their life wouldn't suck as much as it sucks now.

Finally, the show is just funny. The writers of other funny shows such as MASH agree. A quantification suggests that in average, a joke takes place every 14 seconds of The Big Bang Theory. That's quite some frequency.

And that's the memo, not Bazinga.

In the comments section, many if not most commenters reveal that they hate TBBT because it symbolizes everything that is wrong with the American humor. And the laugh track is so terrible! (It's not a laugh track, it's real viewers laughing while the show is being filmed, and you may buy tickets, too.) You may always screw yourself, British sourballs. ;-)
Luboš Motl v 12:24 PM
Share