Harvard snooped on everyone in classrooms

Students and faculty were not informed

For several days, the Harvard Crimson's most read article was


I am not going to be too original in this case but it is creepy. The decision to install cameras in classrooms to monitor attendance by taking photographs – probably with some face recognition software – was approved by a vice-provost (for "advances in learning"), Mr Bol. 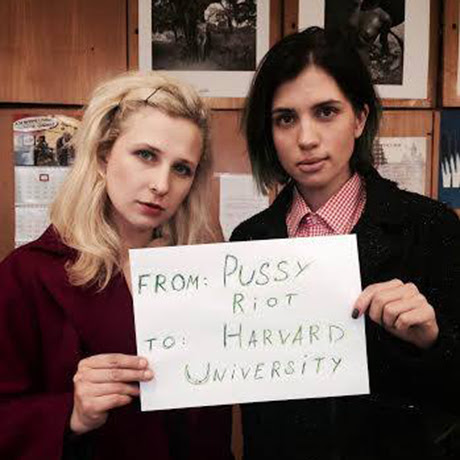 OK, these "ladies" wouldn't mind if they were photographed naked. But maybe someone else could mind.

Not satisfied with its status of a training camp of extreme left-wing whackos, Harvard became a CIA playground, too.


Most people's reactions are negative or very negative. I can imagine that such a monitoring could become a very useful technology. But I am just not understanding why would someone introduce such a highly problematic policy secretly. If the purpose is to monitor the attendance, shouldn't the Harvard community have been told about the project in advance?


I feel that some laws about the privacy must have been violated. Am I wrong? Do the students and faculty have the opportunity to sue Harvard and demand some compensations?

While it's a disturbing story, it shows Harvard's being a leader in new ideas, too. But shouldn't such decisions potentially conflicting with the good taste concerning privacy be tried at less visible places?

If I mention an innocent example, Google Street View: There's almost nothing sensitive over there and if there is anything sensitive, it is being removed. But some countries still prefer to ban this service. Czechia is among the most open-minded ones. You may find almost every Czech street on the Street View.

Wouldn't it be better to try such cutting-edge programs at schools that are least problematic from this viewpoint? And once it turns out to be a success, it could spread elsewhere, with the permission of the university community? But maybe Harvard is the best place to try these 1984-style experiments.

Or was the purpose of the program to keep it secret – and effectively in conflict with the affected people's wishes – forever? Or was there some "extra" purpose of this activity we are not being told about? In that case, it would be worrisome, indeed.

What's even more ironic is that it is not the first time in recent years when similar procedures have been reported at Harvard. Last March, Harvard administrators searched through e-mail inboxes of 16 deans who were accused of a leak related to the investigation of the 100+ students cheating on take-home exams in the course about the Congress.

Is there a pattern here?
Luboš Motl v 7:34 PM
Share