The gender imbalance in IT results from laws of Nature

Off-topic, related to computers: ATLAS@home looks for beta-testers at CERN


Someone retweeted a tweet with a hyperlink pointing to The Register,


The gender imbalance in IT is real, ongoing and ridiculous
The Z80 and 6502 generation wore the sexist stereotype, now it's up to them to fix it,


where Mark Pesce – an IT entrepreneur, futurist, and author – blasts the gender asymmetry among the programmers and other IT folks. It was started by the nasty generation of the fans of the Z80 and 6502 microprocessors and they have to fix it, too. He has noticed that the fifth graders are the oldest group in which the girls are visible. It's unacceptable for him which is why he will start to do that: he will refuse to attend conferences that don't fulfill his gender quotas. 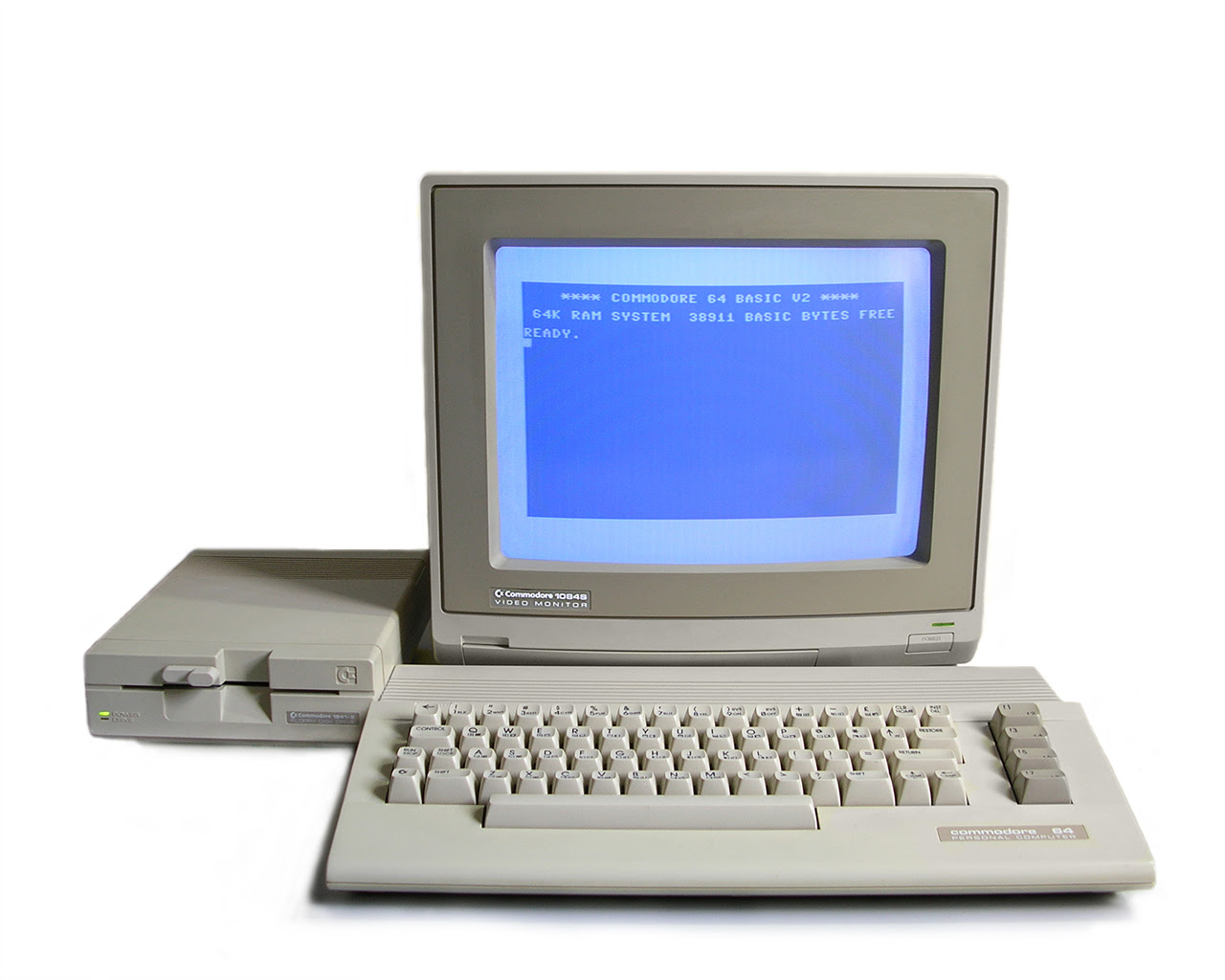 His text is quite hysterical and entertaining. Of course, I was mostly attracted by the subtitle that mentioned Z80 and 6502. I've done quite some machine programming for both (and for 8080, more than Z80) which is why I am co-responsible for this "evil" world in which women are underrepresented.


The specific criticism against the Z80 and 6502 microprocessors boils down to this graph which shows that the percentage of women majoring in computer science peaked at 37% sometime in 1984 and began to drop afterwards – towards the ballpark of 17% today. Pesce interprets the graph as follows:


The closing of IT to women began when marketers identified young, nerdy males as the key to sales of those first-generation machines. The mostly-male subculture of hobby microcomputing grew into advertising and media messaging that completely cut women out of the computing revolution. In 1983’s War Games, Matthew Broderick hacks into WOPR while Ally Sheedy looks on in wonder. That’s Hollywood telling women they don’t have a meaningful role in IT.


The actual reasons why the peak occurred in the early 1980s is a bit different, of course. What happened to the computer industry in the early 1980s was remarkable and should be celebrated. The computers just became something useful and playful that almost everyone could buy.

In 1980, Sinclair Research Ltd. released its ZX80 for £100. It was quite cheap, wasn't it? The pound was a bit more valuable than today but it was still impressive in comparison with the huge computers that would only be owned by research centers and that would fill huge rooms and consumed lots of electricity.

This model was followed by a more successful ZX81 in 1981. In 1981, IBM presented its IBM PC that would become the standard of what has evolved into all the Windows desktop PCs we know today – dominating the professional but still "financially accessible" sector of computers.

In 1982, Sinclair began to produce the computers in the U.S. as well – and that's when Sinclair ZX-Spectrum was introduced, too. Sinclair QL in 1984 was much better and I had almost memorized a one-page article about that gadget at that time but it wasn't the same success. I would personally own a Commodore 64 since 1984 or so; the model was introduced in 1982. And one could write millions of stories about these wonderful devices.

But let's return to the social implications.

In the early 1980s, lots of people who could be called "hobbyists" began to code. Or at least modify their games. The world suddenly had lots of empirical material. And it became damn obvious that this intense programming and playing with the computers at the programming if not machine-code level is something that seems intriguing for many boys and almost no girls.

This fact could have been masked before 1980 because people were not really spending much time by doing the hard work. Students majoring in computer science would be partly abstract bureaucrats of a sort who were not required to be the best ones in mathematics-related issues or engineering. But when it became possible to produce lots of real programs, one could suddenly measure whether someone actually has some interests and skills and it simply became obvious that it is mostly a male hobby.

The majority of Commodore C64 users – and especially other people – in this 1985 commercial were female. See also here. Of course, you can say which boy is actually enjoying it, despite the identical smiles, can't you? ;-)

To cite (or even "blame"?) WarGames, an 1983 science-fiction film, as the "creator" of the gender gap in the computer business, is utterly ludicrous. By that time, the gender gap in the real world of computers was already safely established. Incidentally, we were living behind the Iron Curtain and we were shielded from all the conceivable influences of the "sexist" marketing – and all the marketing, for that matter. So our data about the gender gap may be counted as fully independent from the West – and unexplainable by marketing tricks. I assure you that Czechoslovakia (and probably all the other socialist countries as well) had a huge gender gap in the usage of the Sinclair and Commodore and other computers as well, safely exceeding 90-to-10.

You may trace why and how the computers got here. My father has smuggled (in a secret part of the motor, and I have partly forgotten where it was) both of my Commodore 64 machines I had owned from West Germany where he was allowed to meet his brother in emigration a few times. He bought this thing to me because I was intensely interested in computers. I am sure that if there were girls with similar interests and in similar family conditions, their dads would have done the same.

So you pretty much reduce this question why the owners of Commodores were mostly boys to the question why people like me were into computers before that, why I chose to attend some programming clubs or why I was interested in maths-related things. None of these activities was ever repelling girls. This interest in computers is something that you like to do as a hobby – something going beyond the things at school. What you do as a hobby is your personal, secretive, solitaire thing that isn't really affected by anyone else (the environment would be mostly hostile to computers but of course that they just couldn't really prevent me from liking what I liked). And almost no girls had these interests. You simply can't dismiss a 95-to-5 gender gap between tens of millions of users of the early home computers as a distortion caused by some bias in TV commercials or family pressures on boys and girls.

Just look at a review of 1981 or 1982 or 1983 in the video gaming and check who was behind the games. You will find folks like Matthew Smith, a 17-year-old who released Manic Miner in 1983. It will be very hard for you to find any girl who was active in that industry, well before any Hollywood movie describing the existing situation was realistically shown.

Today, women match or beat men in their usage of Facebook and similar things – but it's really the social aspect that attracts most of them. Everyone who has talked about these matters at least with 30 girls in his or her life – and who was intensely reminded that they just don't want to be bothered by this boring stuff at least by 3 of them – must know that as well as I do. That's how the things have always worked and because of the increasing complexity of the underlying technology, this gap is destined to grow, not shrink. In fact, it's not just about programming of the games where the gap has been obvious since the first moments. It was obvious even among players of the games.

Also, the attempts to increase the percentage of girls are not new in any way. Pac-Man (Play in Flash) was created in one year, 1979-1980, by Tōru Iwatani, a Namco employee. We learn that


His intention was to attract girls to arcades because he found there were very few games that were played by women at the time. This led him to add elements of a maze, as well as cute monster enemy characters.


Yes, there are exceptions. There are always exceptions. But the existence of these exceptions proves the point: the gender imbalance in IT is real, it’s ongoing, and it’s ridiculous.


The gender imbalance in IT is real, it is understandable, it will be growing, and it's ridiculous to complain about it or invent childish conspiracy theories why it exists. As in so many cases, it is hard to say whether Mr Pesce writes all these insane things because he really believes these incredible conspiracy theories, or because the society has become so insanely politically correct that it doesn't hurt if you also indicate that you're crazy.

Of course that most of the IT professionals who leave their comments agree with me and not Mr Pesce and offer tons of additional anecdotal evidence (and YouTube videos) as well as scientific papers supporting the conclusion that the gap is completely natural. But for some reasons, it's nutcases such as Mr Pesce who always seem to be the "writers". Media such as The Registers have been hijacked by the politically correct cult.
Luboš Motl v 4:37 PM
Share