Johannes Kepler was born prematurely near Stuttgart on 12/27/1571. His grandfather was a mayor of their town but once Johannes was born, the family's fortunes were already dropping. His father was a mercenary and left the family when Johannes was five. His mother was a healer and a witch which has also led to some legal problems.

Johannes was a brilliant child with early inclinations to astronomy. In Graz (1594-1600), he was defending the Copernican heliocentric system. At that time, there was no clear difference between astronomy and astrology. Therefore, Kepler also invented the ADE classification of planets orbiting the Sun. ;-) This attempt resembled, but was not identical to, Garrett Lisi's hopeless attempt to unify. Kepler also wrote that the Universe had to be stationary. 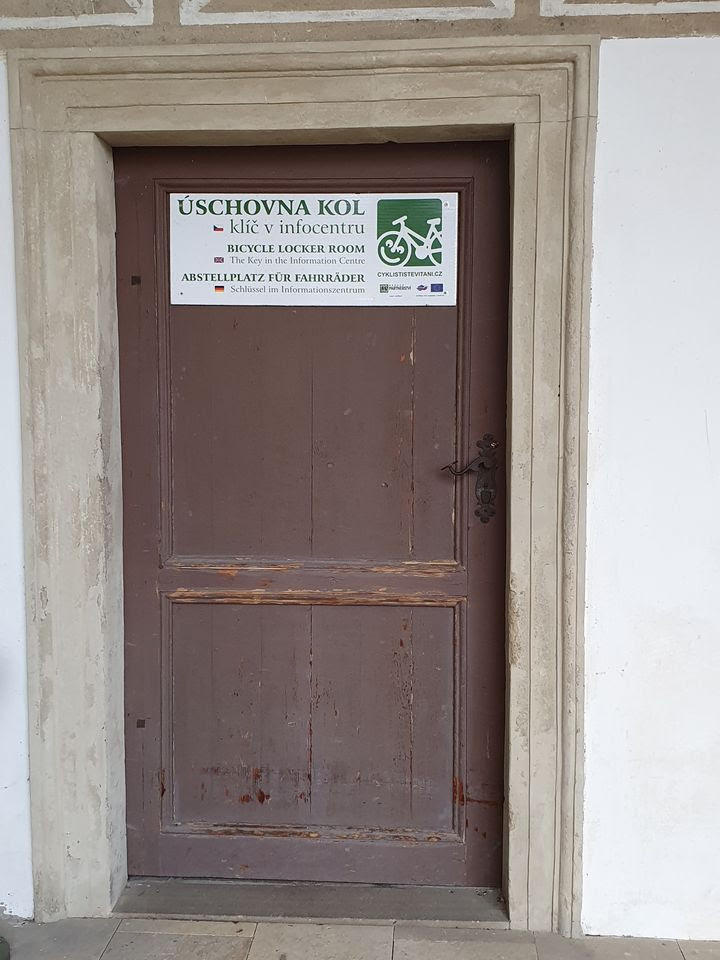 Their negotiations about the new Kepler's job in Prague were accompanied by arguments and tension. Fortunately for the Czech capital, Kepler had more serious problems with Graz where they expected him to convert to Catholicism. Finally, Kepler moved to Prague, including his family.

He became the imperial mathematician of our monarchy, an advisor to Emperor Rudolph II, a predecessor of Václav Klaus and a great sponsor of arts and sciences pictured above, and 11 most productive years of Kepler's life were just getting started. Kepler was also giving his political recommendations to the empire although his common sense was more instrumental than the stars.


In Prague, Kepler established modern optics (he understood geometry of lunar shadows, the inverse-square law controlling the light intensity, and other things). In 1604, he started to observe SN 1604, a supernova also known as Kepler's star, in the constellation Serpentarius, the 13th sign of the zodiac in which your humble correspondent was born. Click at the link and see Kepler's beautiful drawing of Ophiuchus, as the constellation should now be called. It started to be clear to him that the heavens were not as constant as Aristotle used to think.

In 1602, Kepler discovered the law that we derive from the conservation of the angular momentum these days. He had a somewhat strange, non-Newtonian interpretation of it: the Sun provides the planets with motive power that decreases as they get further from the Sun which means that when the planets are far away from the Sun, they move more slowly. ;-)

After 40 years of failed attempts, Kepler finally got the right idea about the shape of the orbit in 1605. Why didn't he think about the ellipse - the shape dictated by his first law - earlier? Because it was too simple and Kepler thought that the astronomers would have figured out such a solution a long time ago if it were correct. This story hides at least two general lessons.

The first lesson is that it is sometimes easier to learn important insights from examples that are not the simplest ones because their patterns are sharper, more visible, and more characteristic and they cannot be confused with others. The simplest cases and solutions often look too singular and their modest internal structure is a bad starting point for generalizations. More complex examples typically "pinpoint" the right general law or algorithm uniquely or almost uniquely.

The second lesson is a sociological one. While it may be more likely that a simple solution should have already been found by others, they may have overlooked it, too. And if they did, such a simple solution might be much more valuable. I think it follows that scientists shouldn't ignore a topic just because it was found uninteresting or unrealistic by many others.

On the other hand, you are never guaranteed to succeed. If you attempt to do something simple that has been tried by many others, you are less likely to find something new, especially if you are less gifted than Kepler.

Kepler realized that the Mars data agreed with the ellipse beautifully and he has abruptly and correctly deduced that all planets had elliptical orbits even though he couldn't have done the numerical calculations for all the planets (he had no postdocs and grad students). In 1610, Kepler also had a healthy and friendly exchange with Galileo Galilei, supporting his discovery of the moons and helping him and others to improve the telescope.

The last law of planetary motion I didn't mention was the third one: the orbital times squared are proportional to the distances cubed. Kepler included this law as an example of the harmonies that the Creator used to decorate the heavens.

Unfortunately, politics slowed the progress down in 1611. Rudolph II became seriously ill - and died in 1612 - and his brother Matthias who was 5 years younger and who was already controlling Austria, Hungary, and Moravia was able to grab the kingdom of Bohemia, too. This, of course, meant a dramatic decrease of the influence of so-far-dominant Bohemia within the Holy Roman Empire. It also meant a dramatic weakening of the conditions to do research in Prague (and elsewhere, for that matter). While Matthias confirmed Kepler's job and salary, he allowed him to leave for Linz, Austria. In Linz, Kepler was teaching at the district school and he was calculating the year of Christ's birth. 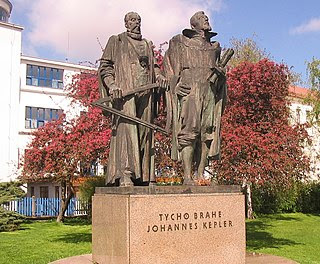 That was a pretty bad development for science. At least, Kepler's second marriage was much happier than the first. However, his writing got much less quantitative than during the golden years in Prague. It became somewhat astrological and similar to his early years. A monument to Brahe and Kepler at the picture above is in Prague 6, Pohořelec, a former place of another observatory of Brahe near the Prague Castle.

Another guy who was born on December 27th was Jacob Bernoulli, namely in 1654. His parents wanted him to do theology but he preferred mathematics and astronomy. The Bernoulli numbers that appear in Martin Schnabl's solution to string field theory and elsewhere belong among his discoveries. However, you should be careful: there were 8 good mathematicians and physicists in his family. For example, the laws of hydrodynamics and aerodynamics are due to Daniel Bernoulli.