Norway's theft of two Czech boys is a shocking story

The image of Norway in Czechia has dramatically deteriorated and may be compared to that of Afghanistan or the ISIS right now, except that we don't care about the latter two so much.


Update Jan 2016: a text about the stolen 5 Romanian Christian kids


Two boys stolen from their Czech parents are the reason. Most compatriots including your humble correspondent endorse an invasion of the special units of the Czech army that would kill the members of "Barnevernet" (which translates as "The Pedophiles" to Greek and the institution is the Norwegian counterpart of Lebensborn in Germany up to 1945), a child kidnapping ring that operates legally at many places of Norway, and bring the boys back to their homeland. 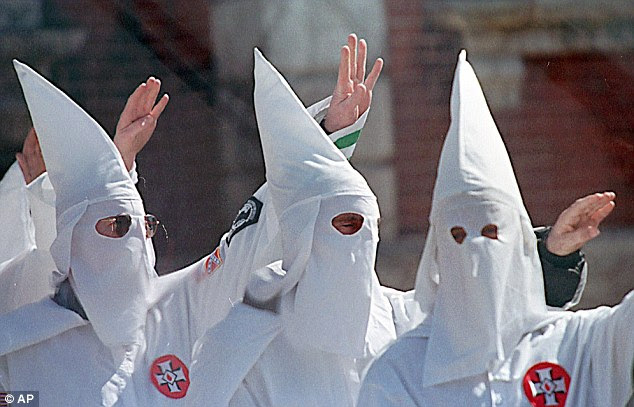 In 2011, Mrs Eva Michaláková and her (now former, much older) husband Joseph Michalák who is deaf-mute (due to an explosion in the wake of the 1968 Warsaw Pact occupation) lived in a Norwegian village; all these 4 people are Czech citizens. A police came to their house claiming that some folks in the kindergarten decided that one of the boys must have been sexually abused because of the color of his stool. This accusation was shown to be invalid by tests in the hospital as well as additional police experts but this fact has apparently had no effect on the following events.


Barnevernet, "The Bureau for the Protection of Children", was already in charge of the boys and it was enough for them to invent another accusation. The mother sometimes lightly slapped the boys' buttocks – in the same way as 95 percent of Czech mothers do – but it's apparently never legal to slap your child in Norway. And the father sometimes screamed at the boys – which is not too surprising because he was deaf-mute.


The boys, David (born 2008) and Denis (born 2005), passed the internal tests of Barnevernet: they are good Nordic race, blonde kids (and born in Norway, but you know, within fully Czech-papered families). The child kidnapping ring was already decided to keep the children and sell them for adoption to some Norwegian foster parents. To make things worse, it separated both boys into two different Norwegian families. Regardless of the Czech parents' hypothetical wrongdoings in the past, this very fact seems indefensible to most Czechs who follow the story.

At some point, the Czech father surrendered. The mother separated from the father, in order to increase her odds that the children may be returned. All the Czech authorities agreed that the children shouldn't be kept in Norway but no one has been assertive enough and/or able to change the situation so far and the special units of the Czech army haven't been sent to Norway as of today.

Mr Petr Mach (Party of Free Citizens), a member of the EU Parliament whom I know in person and whom I voted for during the EU elections, came to Norway today (along with Mr Tomáš Zdechovský, Christian and Democratic Union, another EU lawmaker). No progress. More precisely, no positive progress. MEP Mach summarized his negotiations as follows:


Today's interactions with Barnevernet were literally desperate: the officials were visibly enjoying their power over an "ordinary" person.

Afterwards, I, Mrs Michaláková, and her female lawyer went to talk to the local police which was a much more constructive meeting. The police have confirmed that they have investigated the matter, didn't find any violation of the law in the family, and postponed the case. They have even stated that they believed that Mrs Michaláková will be able to win her children back. Let's keep on fighting: the Czech children must return to the Czech family!


Instead, the Norwegian courts confirmed that the child kidnapping ring operates above the law and it has the right to do whatever it wants with the children. The mother is "obliged" to give the boys' passports to the ring. She is only allowed to see the children twice a year for 15 minutes, she is not allowed to hug them, she mustn't take pictures. And the boys must be germanized (learn Norwegian only), in order to get rid of their Slavic contamination (this detail is no kidding, either! The mother is never allowed to speak Czech to the boys).

They use different words for some of these things but the paragraphs above are unfortunately facts.

I just find this development of the story unbelievable at so many levels. You know, it's totally possible that to "never slap a child" may look like a good principle for some folks or nations, and maybe even I could see it as a good rule. But it's simply a fact that most Czech parents disagree that this should be a dogma and it is perfectly OK for Czech mothers to slap their sons. It's a part of our culture that hasn't led to any catastrophe yet.

As soon as it was shown that no sexual abuse has taken place, all the procedures leading to the mess we are witnessing today should have been stopped and reverted. It's shocking that they continued. I can't agree with the idea that there is the rule of law in Norway if some authorities "above the law" are capable of stealing children from their parents because of reasons that are known to be bogus.

They are bogus according to all the information we can get anywhere. But even if they were not bogus, and even if the children were abused – this is a thought experiment – I would find it important that the Czech children have done nothing wrong and the Norwegian authorities obviously have no right to prevent them from returning to their homeland. Even if one accepted the fascist-Orwellian assumption of Barnavernet that the children belong to the state and not to the parents, it is the Czech state, and not the Norwegian state, whom the boys belong.

Even if something were wrong about both parents, it seems obvious to me that other relatives have the right to reunite with the children and because the children are less than 15 years old, it should be expected that such decisions are made by these adult relatives and not the children themselves.

So wherever I look, I must say: incredible, stunning, shocking. The main pathology that allowed these events to take place in Norway is apparently the "social state" that has conquered Norway and make such brutal violations of justice, human rights, and common sense possible. Moreover, this "social state" has been built around some "puritan" traditions of Norway. This tradition is combined with the nation's feeling that it's right to educate children as "tough Hitlerjugend" in the wild environments around fjords, away from their parents.

There are some reports that Barnevernet is being used rather routinely to steal children from other countries – including Poland (in 2011, a Polish detective was able to save a child stolen by the Norwegian bureau) and Russia (plus maybe children of up to three more Czech mothers, cases that may be less clear than this one), perhaps the Baltic States, and India (that managed to win a similar conflict) – and I do think that it is unacceptable and if negotiations between the governments don't lead anywhere, I would favor a military operation of the countries of their subsets to recover the kidnapped children. I know that the Russian authorities have lots of other problems but if they have faced similar problems, I beg: please invade. ;-)

You may check that comments of Czech Internet users (EN) saying that this is incredibly disgusting and the separation of the two boys should be enough to kill the organization get 110 helpful votes and 0 negative votes, and there are lots of similarly supported clear opinions in the debate.

I recommend you not to visit Norway along with your children. It is too risky, it ceased to be a safe country for the tourists.

The parents etc. in this video could have done something wrong – but no evidence that Mrs Michálková did anything wrong is available in her case.

The story of Ms Michaláková and her kids is special because of the international dimension of the scandal. But Barnevernet is kidnapping Norwegian children on a daily basis – it mostly looks like the video above. Slapping kids in their face may be controversial but what I see in the video above is Gestapo-like cruelty and its perpetrators deserve to be hung.

I must mention one related story that I followed as a 10-year-old kid. In 1983, 66 Czechoslovak citizens (mix: men, women, kids) were abducted in Angola by Unita. They were kept for a year and forced to walk 2 thousand miles. As an adult, I have never returned to that story to review it from the well-informed, adult, democratic viewpoint. So only now I see that Unita, the kidnappers, was originally a Maoist organization that was later paid by the U.S. nicely so they turned from a Maoist group to a social democratic and then center-right pro-capitalist group.

I must say that this already contains some of the craziness of the recent U.S. interventions into assorted countries of the world. The U.S. wanted to fight "communism" and they did so by teaming up with Maoists – who were obviously much more radical communists than anyone on the Czechoslovak territory – to kidnap 66 average Czechoslovak citizens. Perhaps, with some money, one can see that those Unita Maoists are nice, pro-capitalism people. Well, at least, it "worked" so that Unita could have been bought. It never worked in the recent years and the Islamist savages remained Islamist savages after swallowing billions of the U.S. money, and the ISIS is just the most well-known example of a Unita-like organization whose "transformation by the money" didn't work as well as it did for Unita.
Luboš Motl v 4:19 PM
Share