Since the wrong 2012 papers, I have been encouraging


Dr Polchinski, tear down this firewall!


He's an exceptional physicist who has done cool things and can do many more so the earlier he can escape from the firewall, or extinguish it, the better. Finally, there is a fun paper about the holographic code co-authored by Polchinski that doesn't mention the firewall and it is pretty cool and, in my opinion, at least morally correct:


by Mintun, Polchinski, Rosenhaus (Santa Barbara). Their primary question is how to reconstruct bulk operators from the boundary operators in AdS/CFT. But I actually think that closely analogous claims are valid for the microstates of the black holes and the black hole interior, too. 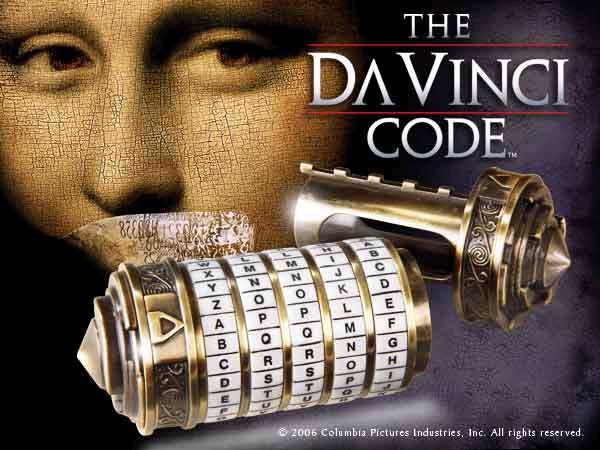 They try to clarify some previous ideas about the relationship between the holographic dictionary in quantum gravity on one side; and quantum error correction in quantum information science on the other side.


The paper is only four two-column pages long which is why you may want to read it in its entirety and I won't try to reproduce the technicalities here.


But a broader point is that the gauge symmetries of the boundary theory used to be considered "completely irrelevant" for the dual bulk description but it is becoming very likely that they actually do play a role in the bulk physics, too. And the precise mechanism that allows these gauge symmetries to play a role resembles the "quantum erasure correction" and "quantum secret sharing", concepts that are known and studied by the folks in the quantum information science, except that quantum gravity automatically seems to do these things in a smarter way than what they were able to find out so far!

That condition may sound weird – it looks as if the bulk had nothing to do with the boundary and required "new" degrees of freedom. Except that this troublesome conclusion isn't right. No one is saying that the bulk operators have to be constructed from the local, one-site operators on the boundary. If you allow to contract operators from several sites at the boundary, you will find out that solutions exist – and there are actually many of them. Those solutions are referred to as the "precursor" operators.

Note that Polchinski has been intrigued by precursors in AdS/CFT for more than 15 years.

This new paper has already made me think about various connections with ideas in my research or research of others but most of the details remain confusing. So let me sketch just two of these relationships and do so briefly.

Connections between the paper and some seemingly inequivalent ideas

First, two weeks ago, I wrote a blog post about the monster group in quantum gravity and I also mentioned a relationship between black hole microstates and the monodromies around the Euclideanized horizon. Some people think that I was completely kidding but I was not. ;-)

The strongest claim is that the volume of the whole (infinite-dimensional etc.) gauge group reduced to the event horizon will be nothing else than \(\exp(S_{BH})\), the exponentiated black hole entropy – essentially because the trip around the thermal circle is allowed to return you to the same state, up to any gauge transformation. (Well, the monodromies actually don't label all pure microstates but some particular mixed or ER-EPR states but I don't want to go into details here.) So every theory with gravitational degrees of freedom has to have a certain amount of symmetries. There are no black hole horizons in the paper by Mintun et al. but I do think that the degree of ambiguity of the precursor operators they acknowledge is mathematically analogous to the microstates of a black hole – or an event horizon, to be more general – and their work also implies something about the black hole code, too.

Second, I believe that there are intense overlooked relationships between the work by Mintun et al. (and older papers they built upon) and the formalism of Papadodimas and Raju. To be slightly more specific, look at and below equation 5 in Mintun et al.. A commutator isn't zero but it is "effectively" zero – in this case, when acting on gauge-invariant states, for some reason. This is similar to comments in Papadodimas-Raju in and below equation 9 in which the commutator of \({\mathcal O}\) and \(\tilde{\mathcal O}\) "effectively" vanishes – when included in a product of operators with a small enough number of factors.

In both cases, some commutators are claimed to be "much smaller than generic" because of certain special circumstances. If the claims are basically analogous, there is a relationship between the gauge invariance of (a priori more general, gauge-non-invariant) boundary operators; and between operators that keep the pre-existing bulk (black hole...) microstate the same (because they only allow a limited number of local field excitations).

Another general point. Both your humble correspondent and (later) Polchinski have been nervous about the main ambiguity in the Papadodimas-Raju construction. There are many ways how the black hole interior operators may be represented in terms of the boundary CFT operators. There's this state dependence (which I am not anxious about but Polchinski is) but it is not the only source of ambiguity: one has to pick a convention on ensembles and related things, too.

Now, Mintun, Polchinski, and Rosenhaus see something similar in their construction. In the boundary CFT (the same side), they also see many precursor operators to represent the bulk fields. They're equivalent when acting on gauge-invariant operators. However, it could be an important unexpected point that


and if that's the case, much of the new content in the papers by Mintun et al. and Papadodimas-Raju could actually be the same, at least morally! If the quote above is right, we face a potential "intermediate" answer to the question whether the AdS/CFT correspondence contains predictions for the observations performed by the infalling observer. It may be the case that the precise predictions for the black hole interior may be extracted from the boundary CFT – but only if you add something like a "gauge choice", too.

Many details remain confusing, as you can see, but I do think that we are getting closer to a picture that teaches us a great deal about the character of the "holographic code" in quantum gravity as well the way how the black hole interior (and its local operators) are interpreted in terms of the boundary CFT (a non-gravitational or bulk-non-local description of the microstates). Effectively or approximately vanishing operators due to gauge symmetries and boundary gauge symmetries themselves seem to play a vital role in this final picture that is going to be found rather soon.