Some people must have been weightless yesterday, celebrating the Zero Gravity Day. 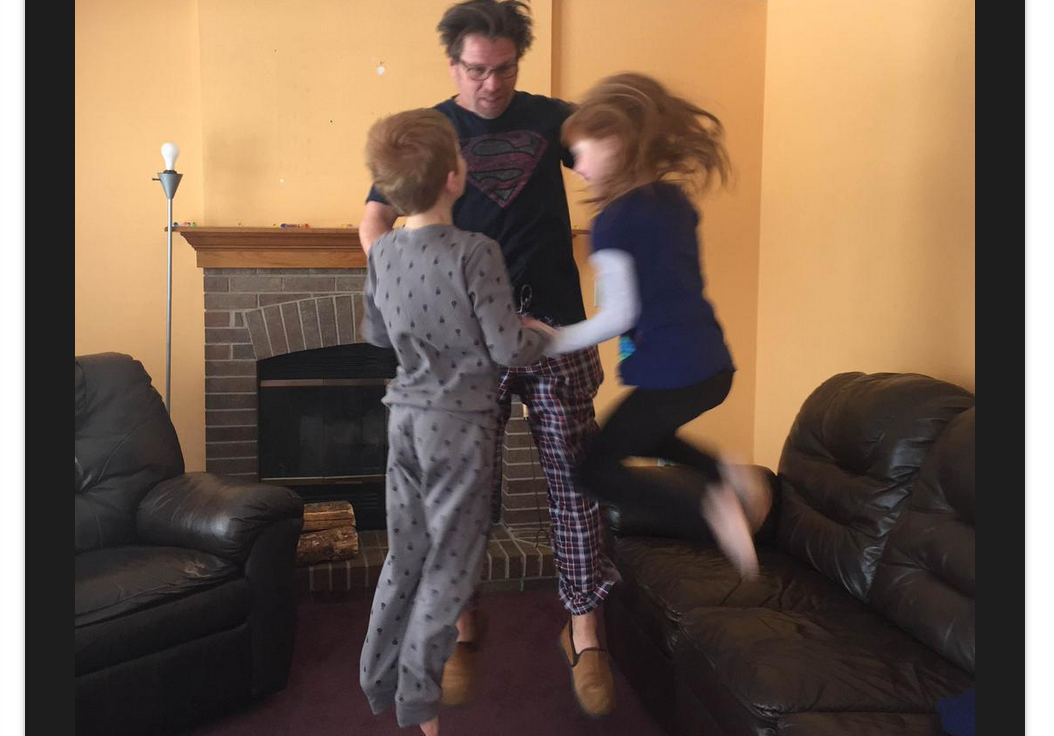 On December 15th, 2014, DailyBuzzLive.com – a fake news website – posted the following story that first appeared in 1974:


The story starts with a tweet from NASA where British astronomer Patrick Moore is credited with figuring out that for five minutes on January 4th, Earth's gravity will drop to less than 10% of its value due to some alignment of Pluto and Jupiter or something like that. (The astronomer died in December 2012 but he was the actual original author of the hoax many years ago – realizing it was a hoax, of course.)


The tweet is fake and everything is nonsense, of course. Not a terribly witty hoax. But what's truly remarkable is the number of Facebook users who have shared the hyperlink pointing to the fake article: it was over one million Facebook users!


Some of them may have shared it just because they thought it was funny or they wanted to make fun out of their potential stupider Facebook friends. But you can't explain all of them in this way. It seems obvious to me that a significant portion of those one million users had to share the news about weightlessness because they thought it was serious – in other words, because these people were utterly hopeless morons. Undecided Internet users were asking whether the report was true on Quora.

Even most of the journalists, and they are a very stupid subgroup of the mankind, were able to find out that the story wasn't real and they were patiently explaining to their readers that they wouldn't become weightless on January 4th.

Nevertheless, one million of complete morons of this caliber – that's quite some mass. I get terrified when I imagine that you could meet these people. They could use Facebook to organize a rally in your hometown. If you wouldn't learn to become weightless and to fly, you would almost certainly be trampled to death by this megapile of stupidity shaped in the form of human beings.

It's sort of remarkable that people who are this stupid are able to survive on Earth. Why didn't at least 1,000 people among these 1,000,000 candidates try to jump from their window at the 6th floor, to check that the fall would take a square root of ten times longer time than usually, and it would end with a soft landing? Maybe because all of them are so stupid that they can't even invent the idea to do an experiment? And assuming that such people can't be dumb merely about gravity, why haven't they done something lethally stupid in thousands of opportunities that are waiting for them every day?

Or why thousands of these morons don't visit a weblog that claims that theoretical physics is not even wrong? Oops, they actually do. ;-)

If you understand at least Newton's gravity to some at least qualitative degree, you must be able to guess that almost all the attraction to Earth is due to Earth's own mass, not some other planets. That's why the force points in the right direction, towards the center of the Earth. The gravitational attraction by Jupiter and especially Pluto are completely negligible, thanks to the inverse square law (and lightness of Pluto). But even if we don't neglect the force, only the tidal forces are detectable and they scale like the inverse third power, not just the inverse second power. These tidal forces wouldn't even contribute to "global weightlessness". Even if something contributed to weightlessness, there is no reason why it should only last five minutes. Even if... and one could continue for hours.

But even if someone doesn't know anything about "how gravity works" and "why it exists", he or she should still be able to see that the claim can't be right because if it were right, it would lead to so drastic consequences that people couldn't ignore it. Everyone would have to talk about it. Lots of trains would be derailed and cars wouldn't be able to keep themselves on roads, inmates would be able to jump from the prison over the fences, and so on, and so on. Such dramatic alignments have probably occurred in the past – which should make you ask why you haven't heard about such Zero Gravity Days yet? Why has life on Earth survived?

The fake article was probably made more trustworthy by the fake tweet decorated with all the expected NASA symbols. There is "NASA" written next to it so it must be serious, right? It must be serious for all people who are not capable of thinking by themselves at all, people who effectively don't possess any real brain to speak of. Even if someone at NASA published such a tweet, he could still be making fun. Or the Twitter account could have been hacked. Even if someone published such a tweet seriously, it would simply mean that someone at NASA has lost his mind.

But the stupid people without their own brain – and I am afraid that this group is much larger than one million people who were accidentally offered to share the Facebook post – would just consider all my "alternative explanations" to be heretical, impossible, or at least unlikely. It's much smarter to believe everything with the text "NASA" next to it, isn't it?

A society that seriously doubts (the permanent presence of Earth's) gravity clearly cannot appreciate string theory. Or even quantum mechanics. Or many simpler things, for that matter. To hope that all of us – including the million(s) of weightless morons – may survive together in some way without killing each other due to some stupidity is perhaps a more realistic dream.
Luboš Motl v 5:23 PM
Share