A good story on proofs of inevitability of string theory

Natalie Wolchover is one of the best popular physics writers in the world, having written insightful stories especially for the Simons Foundation and the Quanta Magazine (her Bc degree in nonlinear optics from Tufts helps). Yesterday, she added


It is a wonderful article about the history of string theory (Veneziano-related history; thunderstorms by which God unsuccessfully tried to kill Green and Schwarz in Aspen, Colorado, which would postpone the First Superstring Revolution by a century; dualities; AdS/CFT etc.) with a modern focus on the research attempting to prove the uniqueness of string theory.

At least since the 1980s, we were saying that "string theory is the only game in town". This slogan was almost universally understood as a statement about the sociology or comparative literature. If you look at proposals for a quantum theory of gravity, aside from string theory, you won't find any that work.


However, one may adopt a different, bolder, and non-sociological perspective on the slogan. One may actually view it as a proposition in a theorem (or theorems) that could be proved. "The proof" that would settle all these questions isn't available yet but lots of exciting ideas and papers with partial proofs are already out there.

I've been promoting the efforts to prove that string theory is the only game in town for a decade. On this blog, you may look e.g. at Two Roads from \(\NNN=8\) SUGRA to String Theory (2008) arguing that the extra dimensions and stringy and brane-like objects are unavoidable additions to supergravity if you want to preserve consistency.


Such partial proofs are usually limited to "subclasses" of vacua of quantum gravity. However, in these subclasses, they show that "a consistent theory of quantum gravity" and "string theory" are exactly the same thing described by two seemingly different phrases.

Wolchover mentions a pretty large number of recent papers that extended the case supporting the claim that string theory is the only consistent theory of quantum gravity. Her list of preprints includes


Some of them were discussed in my blog post String theory cleverly escapes acausality traps two weeks ago.

She communicated with some of the authors of the papers as well as with Tom Hartman whom I remember as a very smart student at Harvard. ;-)

Wolchover also gave some room to "uninterested, neutral" voices such as Matt Strassler and Steve Carlip; as well as to two full-fledged crackpots, Carlo Rovelli and Lee Smolin. The latter two just deny that mathematics works or that it can teach us anything. They have nothing to say – except for some pure fog to emit.

The uninterested folks ask the obvious skeptical questions: Can these results be generalized to all of classes of quantum gravity vacua? And can these sketches of proofs be made rigorous?

They're of course legitimate questions – and the physicists working on these ideas are surely trying to be more rigorous and more general than ever before – but these questions are tendentious, too. Even if the proofs of string theory's uniqueness only cover some classes of (unrealistic) vacua of quantum gravity, they still contain some information. Why?

First, I think that it seems rather awkward to believe that in several very different classes of vacua of quantum gravity, string theory is the only consistent description, while in other classes not yet studied, the conclusion will be very different. But of course, it's always possible that your results simply do not generalize. But imagine that you prove that a game is the only game in Boston, Beijing, and San Francisco. Will you think that there are completely different games in Moscow? Well, you will tend to think that the answer is No, I guess. What about Las Vegas? Maybe there are different games there – but it would still be strange that not a single one among these games may be found in the 3 cities above. So a proof in "seemingly random" towns or subsets of the vacua is always nontrivial evidence increasing the odds that the statement holds in general – or at least, that the statement holds in the other random "town" which happens to be relevant for our observations.

(By the way, Wolchover's term "fake Universes" for the "other towns" is perhaps making them sound more funny and unreal than they are. If string theory is right, these other vacua are as genuine as other towns where you just don't happen to live.)

Second, while the proofs that "the consistent theory must be string/M-theory" are not rigorous at this moment (they cannot be because we can't even define string/M-theory in way that a mathematician could call rigorous, and the same comment mostly applies to the phrase "quantum gravity", too), one "subset" of the results is much more rocksolid, and it's the elimination of specific enough candidate alternatives.

What do I mean?

The papers are usually not formulated in this way but I do think that the people who write them do have a very robust understanding why random cheap ideas that not a terribly bright kid could invent in a few minutes, like loop quantum gravity, cannot be a consistent description of any vacuum of quantum gravity that is studied in these papers.

So even if the "positive proof" isn't rigorous at all, the "negative proofs" may be rigorous because these researchers have appreciated many properties that a consistent theory of quantum gravity simply has to have, and it's easy to see that particular classes of alternative theories – pretty much all of them in the literature – simply don't have these properties.

Third, some of the specific reasons that lead the skeptics to their skepticism may very well be demonstrably wrong. For example, Matt Strassler discusses some of the papers above that conclude that a consistent theory of quantum gravity has to have a stringy density of states. And he comments on this result dismissively:


And just finding a stringy density of states — I don’t know if there’s a proof in that. This is just one property.


It's one property but it may be a sufficient property to locate the theory, too. If you focus on perturbative string theory, it seems that all of its vacua may be described in terms of a world sheet CFT. A consistent perturbative string theory (which is classified as a "vacuum or solution of string theory" nonperturbatively, but let's think that they're different theories) is given by a two-dimensional conformal field theory that obeys modular invariance and perhaps a finite number of extra conditions, and that's it.

If you get the stringy density of states, you may see that the density grows more quickly with energy than the density in point-like particle field theories. So you may determine that these "particles" have to have infinitely many internal degrees of freedom. If you assume that these are organized as fields in a world volume, the parameters of the string-like density are enough to determine that there is 1 internal spatial dimension inside the particles – they have to be strings.

Once you know that the particles are strings, you may be able to determine the other defining properties of string theory (such as modular invariance) by a careful analysis of other consistency conditions. Again, I can't immediately show you all of these proofs in a rigorous way but I am pretty much confident that the statements are true, at least morally true. Again, I am able to much more easily prove that sufficiently "particular" or "[constructively] well-defined" alternative theories or deformations of string theory that no longer obey the strict rules of string theory will be inconsistent. They will either violate the conditions determined in the recent papers, or some older conditions known to be essential for the consistency since the 1970s, 1980s, or 1990s.

In the previous paragraph, an argument of mine only talked about the elimination of sufficiently "particular" or "[constructively] well-defined" theories. What about some hypothetical vague theories that are not clearly well-defined, at least not by a constructive set of definitions? What about some "exceptional" solutions to the string-theoretical or quantum-gravitational "bootstrap" conditions?

Indeed, for those hypothetical theories, I am much less certain that they're impossible. It would be very interesting – even for most string theorists – to know some of these "seemingly non-stringy" theories that manage to obey the consistency conditions as well. However, for these "not really well-defined" theories, it is also much less easy to argue that they are not string theory. They could be unusual solutions of string theory. And their belonging to string theory could depend on your exact definition of string theory.

For example, pure \(AdS_3\) gravity on the minimum radius was shown to include a hidden monster group symmetry (by Witten). Is that theory a part of string theory? I think it is even though I don't know what's the right way to get it as a compactification of a critical, \(d=10\) or \(d=26\) string theory (or whether it's right to demand this kind of construction at all). But I actually do think that such a compactification (perhaps bosonic M-theory on the Leech 24-torus) is a possible way to define it. Even if it is not, there may be reasons to call the theory "a part of string/M-theory". The AdS/CFT correspondence works for this AdS vacuum much like it does for many "typical" stringy AdS spaces.

But you may see that there's some uncertainty here. On the other hand, I think that there is no ambiguity about the claim that the \(AdS_3\) gravity with the monster group is not a solution to loop quantum gravity. ;-) (Even though I have actually spent many many hours by trying to connect these sets of ideas as tightly as possible, but that's a story for another blog post.) 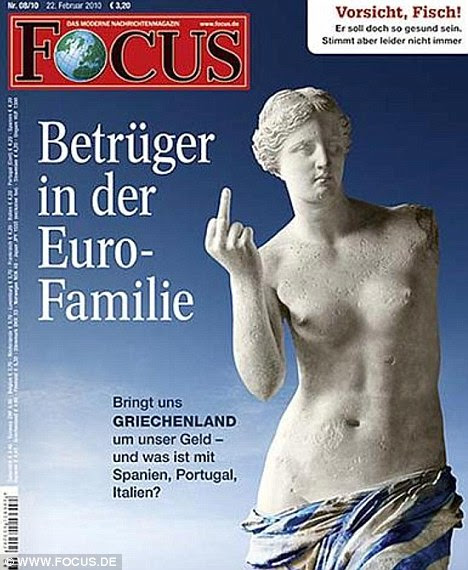 Again, I would like to stress that this whole line of research is powerful primarily because it may "immediately" eliminate some (huge) classes of possible alternative theories that are actually hopeless for reasons that used to be overlooked. If you can eliminate a theory by showing it's inconsistent, you simply don't need any real experiments! This is a trivial point that all those anti-string crackpots seem to completely misunderstand or just dishonestly deny.

It's like considering competing theories that also have their ideas about the value of \(d=3\times 3^2-1\). Some theories say that the result is \(d=1917\), others prefer \(d=-1/\pi\). And the string haters scream that without experiments, all these theories with different values of \(d\) are equally unlikely. I apologize but they are not. Even without experiments, it is legitimate to only consider theories which say \(d=26\). Sorry for having used bosonic string theory as my example. ;-) All the theories with other values of \(d\) may simply be killed before you even start!

In some sense, I am doing an experiment when I am eliminating all the wrong theories. What's special about this experiment is that the number of gadgets I have to buy and arrange; and the number of physical moves of my arms that I have to do is zero. It's still an experiment – the simplest one which requires nothing aside from mathematics to be don. But it is totally enough to eliminate all known alternatives to string theory (at least in the classes of vacua described by the papers) and the people who don't understand why this reasoning is perfectly kosher and perfectly scientific are just hopeless imbeciles.