Left-wing media activists have been excited about finding out that Willie Soon, a climate skeptic at Harvard-Smithsonian, has earned over $1 million which included grants from the Koch Foundation. They could have asked me years ago – I would tell them. 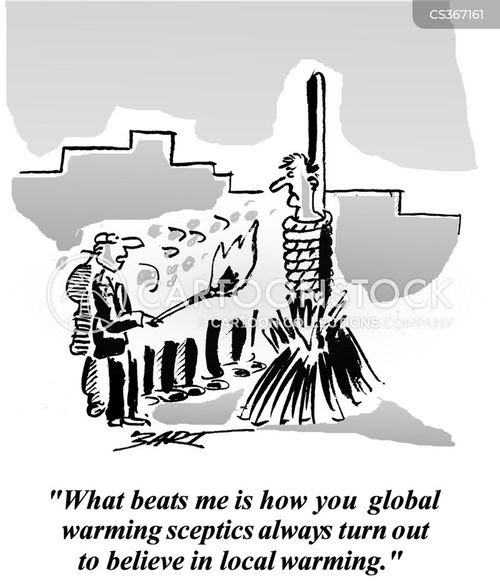 Willie is clearly one of the top earners and the impressive figure makes him a counterpart of James Hansen (and that man's Greenpeace money). On the other hand, it is no way an obscene amount of money for research that Willie has participated in for at least 20 years. If a quick calculation helps you, note that $1,200,000 / 20 = $60,000 which is not too much for an important guy.

Of course that I consider the Koch Foundation to be a much more impartial and decent sponsor of scientific research than Greenpeace. Can the source of money affect the character of research and conclusions? You bet. But let me be more precise about my thoughts on this question.


I do believe that it is inappropriate to "assume" that a particular scientist has distorted his research because of the source of money – in the absence of specific evidence. That's what we call "presumption of innocence". In particular, I am actually convinced that Willie believes what he does which is why the Koch Foundation money hasn't materially changed the character of Willie's scientific conclusions – it may have changed (increased) their amount or visibility.


However, I think it's statistically inevitable that if you have lots of money affecting lots of people, the "flavor of the money" will be imprinted in the papers that these people write. And in the context of the climate research, the money from sponsors "naturally preferring the alarmist conclusions" beats the money from the sponsors "who may prefer skeptical conclusions" by 2-4 orders of magnitude.

One researcher or two or three may keep their impartiality and be unaffected by the money. But it's implausible that hundreds of people are unaffected by the money. And that's why I think that it's obvious that the overwhelmingly pro-alarmist money has played a huge role in distorting the conclusions of the climate research in the pro-alarmist direction. This opinion of mine doesn't really contradict the presumption of innocence. After all, I don't even name any particular culprits. But the fact that this is happening in the big picture is a matter of common sense.

Someone may dream about funding schemes that guarantee the neutrality but I don't really think that this is realistic or necessary. The scientific progress may occur in the real, imperfect world, too. And the ability of the scientific method to converge to the truth despite the imperfection of the researchers, their pre-existing opinions, and their environments is one of the features that makes the scientific method so powerful.

So of course that scientists will always have to get some money from someone and the sponsor will always be seen as "potentially biased" in one direction or another. And this "imperfection" doesn't make science compromised in general although when the "strength of the bias" and the "motivation of the researchers to reproduce it" exceeds a certain threshold, the research may get compromised, indeed.

Back to the specific events.

Raúl Grijalva, a Democratic lawmaker from Arizona who is powerful in the Committee on Natural Resources (his father immigrated from Mexico after the war) and who has close connections to the Communist Party, wrote


He wants to know where the funding of the climate researchers comes from. Under certain circumstances, you could say that this controversial attempt to obtain confidential data is an effort to achieve some financial transparency which is good for taxpayers and everyone who uses the results of the research. Even if you decide to believe that this is the legitimate goal, there is a huge problem with the letters. What's the problem? Well, look at the list of scientists whose financial data should be revealed:


They're seven skeptics. To call them The Magnificent Seven could be exaggerated but they're pretty close to being a group of seven (nearly) most prominent climate skeptics in the research community. Because of this selective character of the letters, there can't be any doubt that this is a completely illegitimate political attack on science. It is undoubtedly a witch hunt.

Roger Pielke Jr has already announced that he suspended his research which is not feasible in this environment.

Incidentally, I think that e.g. MIT has enjoyed lots of money thanks to the gifts stimulated by the prominence of Richard Lindzen. Maybe comrade Grijalva wants to "call out" the whole MIT because it gets external funding? Every official scientific institution must get some funding and Grijalva's opinion that the Koch Foundation funding is worse than the Greenpeace or the U.S. federal government funding is just an artifact of his being an extreme left-wing whackadoodle.

I recommend you to read one of the sick letters. Take the Judith Curry letter, for example. It's something like this:


Hi Bud [Peterson, the president of Georgia Tech], I am a powerful man in the House whose task is to protect the U.S. land and everything on it. You must have seen that Willie Soon has received the money from the Koch Foundation. And I've seen Judith Curry whom you harbor to say something that I didn't like on TV. So I demand that you expose every penny she's been ever paid, its sources, and your precise description of the policies you will establish to guarantee that not another skeptical word will ever come from your institute. Don't take it as an ultimatum but please provide me with everything I demand before March 16th, 2015, else...


It's staggering what sort of totalitarian aßholes may have gotten to the U.S. Congress.

Now, the American Meteorological Society has had a mixed record in the hysterical climate debate. I believe that their officials have endorsed the panic in several documents. On the other hand, there has always been some restraint. Its causes are easy to understand. According to some polls, 48% of the meteorologists in the AMS are "climate skeptics" of a sort, thinking it's unlikely that more than 50% of the warming since 1850 was anthropogenic. (I am not even sure whether I am a skeptic according to this definition.)

Dr Keith Seitter, the president president of the AMS, wrote this sensible


It says that the academic freedom and the free expression of scientific ideas are vital for the scientific research to continue and the AMS has supported these values in the past. While transparency is a good thing, if researchers are singled out for the conclusions of their research that somebody finds inconvenient and if their scientific integrity is questioned for that reason, it sends a chilling message to academic researchers. It's also and especially wrong for the free pursuit of ideas that is central in the concept of academic freedom if the researchers are being harassed when they are preparing testimonies etc.

Seitter recommends to stick to the existing practices to evaluate the research – proper disclosure of potential conflicts of interests plus peer review. The committee is also recommended to rely on the whole corpus of the scientific literature about the subject.

If you ignore the fact that the "corpus" of the climatological literature has already been distorted by similar Grijalva-like influences in the recent quarter of a century, it's a reasonable letter. (Unfortunately, the female president of the American Geophysical Union implicitly supports Grijalva's request.) You may dismiss Grijalva as an ugly yet irrelevant Hispanic McCarthy wannabe but a problem is that you may find lots of people who are very close to this kind of ideological bullying and witch hunts and who are employed not only as rank-and-file politicians but also as journalists, members of the scientific community, and they exist at very many places that actually affect what's going on.

The virus of political interventions into the scientific research has become omnipresent. Of course, this – and not global warming – is one of the major problems that good politicians should heroically wrestle with. But politicians who are good in this sense are very rare.
Luboš Motl v 8:30 AM
Share