Many events are taking place every day and many events make me – and many of you – upset. But what made me extremely angry today was this ISIS video:


The video that was embedded here violated YouTube's rules although I don't know what the exact rule is. Ask those who saw it on Thursday...


To skip the babbling by the apparatchik-bigot and to get to the drastic "action", jump to 2:40.

The animals have penetrated into Mosul, Northern Iraq, and they chose the local Nineveh Museum as their target. The museum contains lots of priceless (or at least multi-billion) statues from the neo-Assyrian empire. Well, it did contain it – up to yesterday.


When the neo-Assyrian empire existed between 900 before Christ and 600 before Christ or so, it was the most powerful state in the world. The word "Assyria" is clearly related to "Syria" – in certain languages, they are the same words.

But you shouldn't get confused about the ethnicity. When we talk about "Syrians" today, we mean Arabs. Syrian Arab Republic is one of the 22 countries of the Arab world. On the other hand, the Assyrians who used to control the territory are speaking a dialect of the Aramaic, the same language that was probably preferred by Jesus Christ. It's related to other Northwest Semitic languages, Canaanite (Hebrew+Phoenician) and two extinct ones (Amorite, Ugaritic).

The Assyrians were also the first ones who began to expel the Jews from their homeland – centuries before the Roman Empire got there and a millennium before Prophet Mohammed was born.


At any rate, the statues have existed for something between 3,000 and 2,500 years. Lots of rulers, regimes, empires, bureaucrats, and traders have nurtured them for almost 3 millennia. 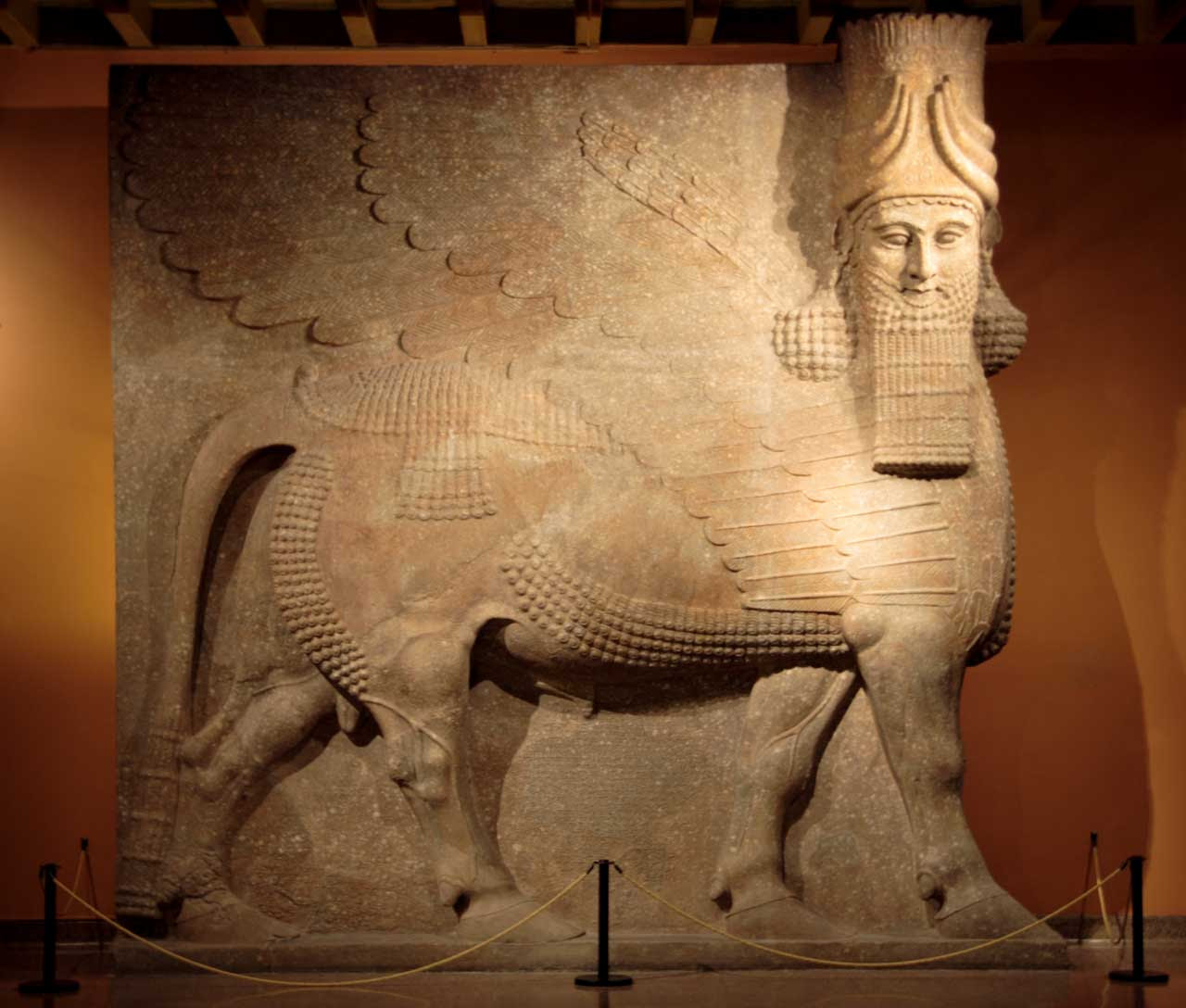 The destroyed statues include the Lamassu, too. It's the protective deity of the Assyrians that boasts wings, a bull's body (sometimes replaced by a lion), and a male human head. Assyrians' abilities in genetic engineering were pretty good. (Now, 3,000 years later, Britain is allowing kids created out of DNA of 3 parents again.)

There exist various copies of the Lamassu across the world – in the Louvre, the British Museum, and elsewhere – but the Lamassu of Mosul was the ultimate original one, about 2,900 years old. I hope that someone has at least a good copy or sufficiently accurate pictures that allow the statue to be reconstructed. Someone should definitely do these things – create many copies of all thee destroyed statues.

The thugs' explanation why they "had to" destroy the Assyrian antiquities was that the statues represented "idolatry". Even if this were the case, how could it be a justification for this unlimited barbarism? No previous ruler – and that includes rulers who have considered themselves Muslims – has done anything similar to the sculptures.

And how does this "idolatry" differ from the ISIS thugs' and others' worshipping of the piggy 7th century pedophile who "ordered them" to perform this bestial act in the museum?

The value of the statues exceeds the market value of all the ISIS member combined (which is basically just a pile of pork) by so many orders of magnitude that a single destroyed statue in the museum is a sufficient justification for the execution of every member and sympathizer of the ISIS in the whole world. If we fail to physically contain this undesirable "social pattern", our culture may soon follow the Assyrian example.

It's not just the statues. The ISIS focused on the Assyrian people as well. Hundreds of kidnapped Assyrian Christians are probably going to be murdered soon – or it has already taken place.

Defeat to the radical Islam. Defeat to the mindless worshiping of Allah, Mohammed, and similar virtual inadequacies.

Off-topic but political: CNN is on a roll. Just weeks after describing the Ukrainian army as pro-U.S. troops and days after placing the Russian flag over Ukraine, they identified the Jihadi John as... Vladimir Putin! ;-) This must be some new strategy of CNN to increase their visibility – it can't be possible that these blunders are due to the low quality of the work by the people responsible for the captions and editing.
Luboš Motl v 4:16 PM
Share