BBC friendly towards gluinos at LHC

After Two Years' Vacation, the Large Hadron Collider will be restarted next month. At least since the discovery of the Higgs boson, most of the readers of mainstream media were overwhelmed by tirades against modern particle physics – especially supersymmetry and similar things. The writers of such stories have often emulated assorted Shwolins and Shmoits in effect, if not in intent. 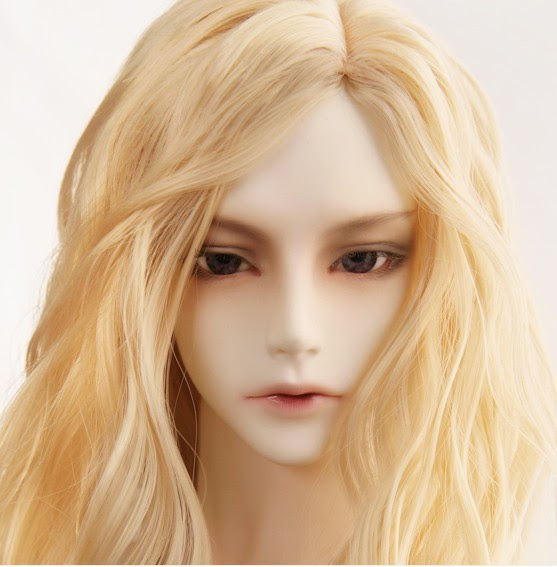 Gluino vampire alchemist. The doll only costs $690, below several billions needed for a chance to see the much smaller gluino at the LHC.

Well, ATLAS' new (deputy) spokeswoman Beate Heinemann of UC Berkeley (Gianotti is superseding Heuer as CERN's director general) made a difference today and several stories that she inspired at visible places have conveyed the excitement in the particle physics community and the nonzero chance that a bigger discovery than the Higgs boson may be made in 2015 – and perhaps announced at the SUSY-related conferences in August and September.


BBC: Collider hopes for a 'super' restart
NBC: After the Higgs, LHC Rounds Up the Unusual Suspects in Particle Physics
Wall Street Hedge: What’s next for Large Hadron Collider? May be a supersymmetric particle
Other sources via Google News


The titles look more upbeat than the stuff that dominated in recent years, don't they? ;-)


Amos, Boyle, and Baits communicate some of the emotions as well as the detailed expectations about "what the LHC may tell us soon". The official authority of one of the ATLAS' spokespersons, combined with his or her politically correct sex and gender, was enough to amplify the message.

So of course that supersymmetry remains the most important "class of phenomena" that may occur – but aren't quite obliged to occur – at the LHC during the looming run. Physicists are waiting for it and will be carefully looking for its signs.

Equally interestingly, she offered one detailed piece of quasi-information. It's the gluino, the fermionic superpartner of the gauge boson called gluon (which communicates the strong force between the colored quark) that could be the first supersymmetric partner particle that is going to be discovered at the LHC.

But to say the least, I do think that Heinemann correctly reproduces the expectation of top particle phenomenologists. I think that if you asked 20 most cited beyond-the-Standard-Model phenomenologists what is their idea about the most likely first particle that will be observed in the superworld, the largest fraction of them if not the majority would answer "gluino".

However, the very same argument has a negative side. Because the gluino should be so easy to produce and it hasn't been produced yet, the lower limit on the gluino mass is also higher (more constraining) than the lower limit on other superpartner masses. Except for some loopholes that may exist in some models, the gluino should be heavier than about \(0.9\)-\(1.4\TeV\) (depending especially on the LSP mass) according to results from the previous LHC run. But up to \(1.6\TeV\) or perhaps \(2\TeV\) as the gluino mass, the models still look natural.

Which of the arguments for/against gluino is stronger? They would be about equally strong if the energy were unchanged. But I think that the higher center-of-mass energy, \(13\TeV\) to start with, is making the dominance of the gluon-gluon collision even more intense and the higher energy brings us into a new realm. These two observations strengthen the first positive argument and weaken the second negative argument. So there are reasons to think that the gluino could be the first superpartner to be observed.

Of course, supersymmetry doesn't have to apply to low-energy physics at all. The naturalness problems may be either just self-inflicted injuries or Nature may solve the problem very differently than many people were thinking.

But even if the conventional ideas about naturalness are mostly right, gluino may still be much heavier. I admit that I am quite fond of the growing literature of papers with new models involving Dirac gluinos – effectively gluinos resulting from a theory that allows extended, \(\NNN=2\) supersymmetry for the gauge bosons. These models may be natural even if the gluino mass is something like \(5\TeV\).

One should also appreciate that a light gluino is somewhat less needed for naturalness – for the supersymmetric explanation why the Higgs boson is so light – than other particles. It's especially the stop and the higgsino that should be very light if this explanation of the hierarchy problem is right. But the stop and the higgsino have various ways to hide. The gluino is produced more easily and can't hide too well.

We will see – or we will see nothing. And we will see which part of the previous sentence is more relevant – and maybe we won't see even that. We will see. And so on. ;-)