Bridge loan to default or haircut is an oxymoron

The new Greek Marxist prime minister didn't receive his bonuses for being at work on time which is why he only sent his letter, originally planned for Wednesday, on Thursday. As I described in some detail in a successful comment on idnes.cz LOL, what we got was a variation of Spoiled Little Joe's Letter to Baby Jesus. ;-)

Odds are 98% that you don't speak Czech. In his letter, little Joe is increasingly upset and obscene because he is not satisfied with what he found under the Christmas tree. 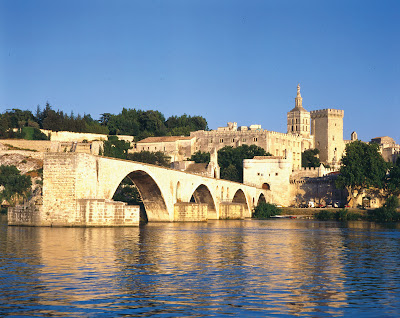 To summarize the letter, Tsipras wants to get a six-month "bridge loan", a kind of fellowship for himself and almost 11 million other Greeks dependent on the Greek state, before Greece and the ECB and the European lenders (and IMF?) will figure out an idea how to abolish or significantly reduce the debt and how to cut all the strings that were attached to the bailouts. During the six months, the Greek government will be allowed to continue in its insane Marxist policies, revert all pro-growth and pro-austerity reforms, stop privatization, rehire all the useless government employees, increase pensions, salaries, and so on.


The bridge loan is a kind of a temporary loan – lasting between two weeks and three years – to guarantee the funding before a more permanent funding arrangement acceptable for both sides is found. It's used for real estate and other transactions.

I wrote "acceptable for both sides" because Tsipras clearly wants to violate this condition. He openly says that the extra 6-month funding – with no strings attached – should be another stage leading to a default, either a dirty one, or a slightly negotiated one (a new haircut).


But this doesn't make any sense. If the lenders are told in advance that they will be robbed of their money, why would they pump new money to the borrower? If you're decided to default – i.e. to fail to fulfill the conditions of the loan – and you can't even hide it, perhaps you shouldn't assume that the lenders whom you negotiate with are complete idiots.

Under these conditions – if and when the borrower will be unable or unwilling to offer any plan that the lender would consider a fair compensation for the borrowed money – it is extremely obvious that the more money is sent to the borrower, the higher the loss of the lender will be. The more time one spends by paying the "fellowship" to the bloated Greek public sector, the worse the final tally will be for the lender. Isn't it self-evident that Tsipras' "bridge loan" means nothing else than the request that almost 11 million people will luxuriously live for 6 months for free – for other people's money? Why don't you want to make this bridge loan permanent so that Greeks may live without meaningful work forever? Or is your Marxist brain really so defective that you are incapable of figuring out that the world couldn't work if similar things were possible?

So of course that a lender must say "nein" or "non" to such a plan (no one cares about "ne" or "nie" but yes, Czechia and Slovakia would almost certainly say "no", too). Everyone who is not an idiot must know that. Unfortunately, the list of people who know that doesn't include the European Commission that described Tsipras' childish letter as a great step towards a compromise.

Fortunately, German finance minister Wolfgang Schäuble hasn't lost his mind so far and his spokesman simply said "nein". More precisely, they elaborated upon the word "nein" – by essentially saying "this letter doesn't contain any substance that would help to solve the Greek debt problem, it doesn't obey the necessary conditions agreed by the Eurogroup, and it therefore cannot get a passing grade". Germany sees Tsipras' vague letter as a Trojan horse. Germans understand that the bank recapitalization at this point is a hidden bailout, too.

(Off-topic: Top Czech actor Ivan Trojan shot a new ad – for an antivirus. To use [a] Trojan to promote antiviruses seems clever and the producers perhaps didn't even realize how clever it was LOL. In Czech, the origin of the name "Trojan" is probably closer to "Trojka", a triplet, than to Troy in Greece. BTW a suburb in Prague – around the zoo – is called Troja, a name originally used only for a palace over there, and I've lived there for 5 years, student hostels. The palace was named Troja because of its ancient Greek decoration, including paintings from the Trojan War.)

Their attitude is very clear. The discussion is not about any details but about the fundamental question whether Greece is willing and able to fulfill the bailout conditions negotiated in 2010 and 2012. If not, it's over. Tsipras' letter obviously wants to get something (well, billions of something) for nothing (unless we count their amazingly arrogant statements to the package that they are ready to pay).

I hope that the European Commission – a bunch of clueless morons flying in an ill-defined transnational organization without its own legitimate source of money and without a mandate – won't be able to "force" Germany to pay hundreds of billions of euros to cheeky parasites who are self-evidently trying to circumvent the law and to abuse all emotional and moral weaknesses of all other participants of the negotiations.

Unless something is really insane about the EU influence on the finances, Germany will be able to defend its "nein" tomorrow, whether or not the other nations are willing to send another "bridge loan" to Syriza. And I am confident that most nations in the Eurozone – and in the EU – agree with the German attitude. That includes traditional pro-austerity countries such as Finland but also some countries that were in debt problems a few years ago but who managed to do their homework very well and whose homework wasn't eaten by a dog – it means that even countries like Portugal, Spain, Ireland are likely to agree with Germany.

Needless to say, there are voices in Greece that openly speculate that Germany will be forced to forgive and pay hundreds of billions of dollars by the EU, no kidding. The arrogance of these people has no limits. Even if most of the European citizens or European nations agreed with the jerks in Syriza, and they don't, they would still have no power or moral right to force someone to "sacrifice" huge amounts of money simply because it's not their money.

The idea of a "bridge loan to controlled default" is analogous to a bridge that leads nowhere. Can such a bridge exist? Why would anyone build it? Well, such a bridge does exist in Avignon, South France: see the picture at the top. If you want to be sure how it's possible, well, let me tell you that there was a complete bridge over there in the 12th century that was destroyed. And they built a full new bridge later, in the 13th century, but it was gradually devoured by floods (especially the last important ones in the 17th century) and no longer rebuilt. See a 3D CGI reconstruction what the full bridge could have looked like.

Believe me or not but as fifth-graders, during communism, we had to learn (and the current fifth-graders still have to learn) the well-known French folk song about this bridge (where women and men are dancing) in Czech – and partly in French. At least, I can sing a part of the song in (Lumo)French, too. ;-) More music videos with the French song are available on YouTube.

In the 1960s, a professional extended version of the song – with slightly different Czech lyrics than those I learned at school – was recorded by Waldemar Matuška, a popular Czech singer who emigrated to the U.S. later, in the 1980s. The original catchy French music starts at 1:08.

As the Avignon example shows, a "bridge to nowhere" may only exist if it first leads somewhere, and then it's destroyed. Tsipras wants a "bridge to nowhere" that is designed to lead nowhere from the very beginning, and it's of course silly for anyone to pay a single Pfennig for such a bridge. If you are certain that you can't obey the conditions of the loans and bailouts, you should better go bankrupt as soon as possible. You should have gone bust many years ago, anyway.
Luboš Motl v 6:23 PM
Share