Has the big bang theory been disproved?

It seems that most of the "science writers" have changed their job to the permanent promotion of low-quality and downright crackpot papers that are chosen not by their cleverness or according to the scientific evidence but by their "audacity to overthrow (and I really mean 'revert') all the paradigms of modern physics". As I was told later, Anthony Watts has become an inseparable component of this cesspool.

Almost on a daily basis, the readers are served wonderful stories about loons who have found something wrong with string theory or inflationary cosmology, nutcases who don't believe the Higgs boson, whackadoodles who have "disproved" the uncertainty principle or quantum mechanics or its fundamentally probabilistic character, nut jobs who have violated the rules of relativity and sent signals faster than light, and the persistent authors of a few other "widely expected paradigm shifts". 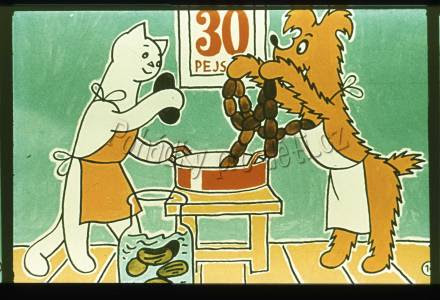 Sorry, ladies and gentlemen, but a scientific revolution that would "confirm" elementary laymen's misconceptions about the contemporary science and that would simply return the picture of the world to the "previous iteration" has never occurred and most likely will never occur so the probability is virtually 100% that all these "paradigm shift" stories will always be just junk.

Just a week ago, the would-be science media were full of new stories claiming that the black holes don't exist which were inspired by a "gravity's rainbow" preprint by Ahmed Farag Ali and two co-authors. You may want to remember the Egyptian name I just mentioned. Why?

Because in recent 2 days, the news outlets have switched to a (not so) new fad: there has been no big bang!


I have written a couple of pedagogic blog posts explaining why it is physically right to say that the Universe began with a singularity even if quantum gravity is taken into account. But if you really want to talk about the pure textbook stuff, Ethan Siegel reminds you about the two meanings of the words "big bang", why the big bang did occur, after all, and what's the evidence that it did.


But I want to write a few words about the weird four-page paper – recently accepted to PLB – that has inspired this "big bang is dead" avalanche of delusions in the media. The preprint


was written by Ahmed Farag Ali (Egypt) and Saurya Das (Canada). The first question that a TRF reader may be asking now is: Haven't I already seen the name of Ahmed Farag Ali somewhere? The second thing that a laymen may want to notice is that this paper has, after 10 months, just one non-selfie citation. That's not too many, you know. Papers that are really transforming physics may get close to 10,000 citations, like Maldacena's AdS/CFT.

The third thing that attentive readers won't overlook is that the preprint isn't really "all about disproving the big bang theory". You will have a hard time to see that "the big bang is no longer the case" is a natural title by which the inkspillers may summarize the preprint.

The fourth aspect of the paper is that it will remind the Czech readers of the "puppy and kitty are baking a cake" fairy-tale by Josef Čapek, a Czech writer and painter (see the picture at the top and more images). You know, when these two animals (who speak Czech) were baking the cake, to celebrate the puppy's name day, they added all the ingredients they liked: sugar, salt, jam, a stinky ripened soft cheese from Olomouc, peanuts, cucumbers, bones, four mice, onions, chocolate, a sauce, garlic, lard, a pot of sour cream, pepper, sweeties, cottage cheese, gingerbread, vinegar, cinnamon, one goose head, and raisins, among other things. They didn't throw any bread to their wonderful cake because kittens and puppies don't like bread too much.

When they were finished with this yummy cake, a big evil dog arrived and devoured it. Good for the kitty and the puppy because you may imagine how the dog was feeling when he ate it. Incidentally, I think that there exist deep cultural differences between the nations and children in other nations, perhaps including the U.S., are being taught that this kind of a cake is exactly what you should be baking and doing with your life! ;-)

At any rate, the preprint is analogous to the cake. Even though it is just four pages long, they have added quite some unusual ingredients:
and many others. That's quite a cake. I need to emphasize that most of these ideas completely and conceptually disagree with the state-of-the-art physical theories used to describe the Universe; according to what we seem to know, these ideas are wrong. And they disagree in many respects; there seem to several independent radical "paradigm shifts" in the paper, if I spin their multi-dimensional crackpottery in a positive way.

At least, CBS is so far not modifying (or inserting "doubts" into) this TBBT theme song by Barenaked Ladies whose lyrics is perfectly accurate up to the moment when the Universe is said to collapse again, of course. ;-) That part of the song will be mitigated thanks to the cosmological constant. And of course, Barenaked Ladies are actually Four Dressed Gentlemen. I hope that you may trust everything else.

Nevertheless, the ideas may be interesting enough for physicists to think about them. Can't one replace the effects attributed to the dark energy – and perhaps even dark matter – by something like the supertiny graviton mass etc.? Can't there be a new type of a Bose-Einstein condensate of gravitons?

Is there any physically defensible way to deform the geodesic equation so that it would mathematically resemble the equations of the de Broglie-Bohm pilot wave theory? If you want to use this "brilliant idea", what will happen with locality and the equivalence principle? Are the changes a lethal problem?

I think it's unlikely – the probability is below 1% – that any of these "truly radical" changes of the paradigm may be right. But it seems virtually impossible that their combination – the "cake baked by the kitty and the puppy" – is the right way to rewrite cosmology. So many things seem so arbitrary and the ease with which they ignore what is actually known (what has been discovered after decades of work to agree with millions of observations) is blinding and suggests that they're as bad physicists – people with incredibly low standards – as the kitty and the puppy as cooks. They simply write random sentence and throw assorted half-baked weird ideas into the mix because they may ask themselves: Why not?

Your humble correspondent will spend some extra time with the ideas above, anyway. ;-) But the way how this weird paper was presented in the would-be science media was atrocious, indeed. However, we have gotten used to such things so I am no longer shocked. For the "science writers", this is an example of the business-as-usual, indeed.

Now I see that the "puppy and kitty" have been translated as "doggie and pussycat". Apologies for the non-standard notation. ;-)
Luboš Motl v 9:55 AM
Share