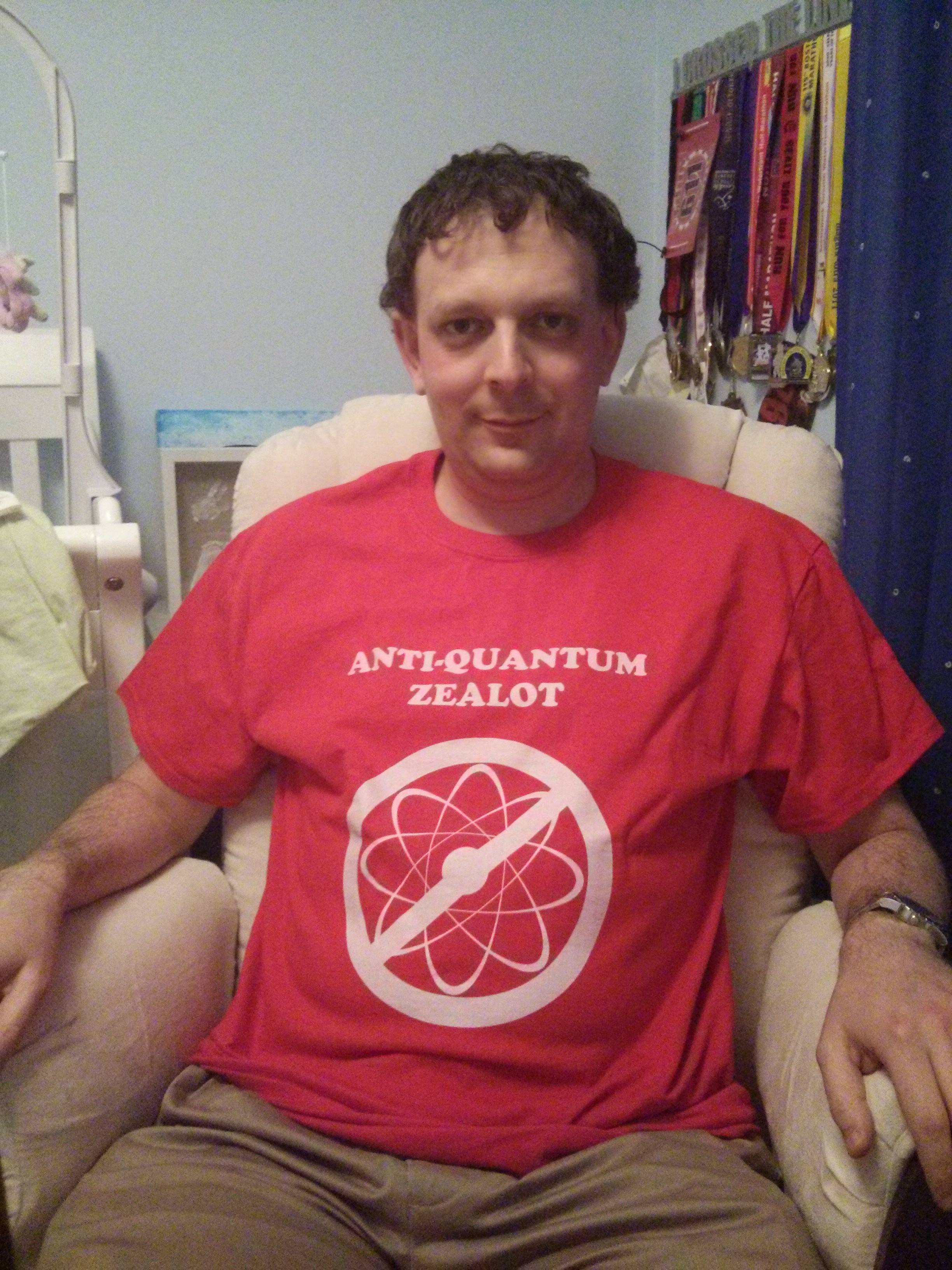 He became the first anti-quantum zealot – which is how I called these people in 2009 and especially 2011 – who identified himself with the T-shirt. I didn't quite appreciate the commercial dimension of this enterprise so let me tell you. Since the beginning of the month, every anti-quantum zealot – Gerard 't Hooft, Sean Carroll, and thousands of other men (including many of you) – may have bought and may still buy their clothes or mugs, too.


What you need to go is to visit


in Canada. There is a CAD$25 mug and CAD$18-$43 T-shirts, jerseys, and sweatshirts for men, women, kids, and babies. Everything is "white on red" because the designer is a Marxist and wanted to celebrate yesterday's 145th birthday of Vladimir Ulyanov Lenin, also known as the "Earth day 45 years later".


A particular detail that made me laugh today were two newer comments beneath Leifer's article. Leifer clearly produced those T-shirts in order to declare himself a poor, innocent victim of a libel. He can't be an anti-quantum zealot because he has written papers with the term "quantum mechanics" in them, can he? But look at the last two comments on that page:


Charlie: I’m new to this blog. So, joking aside, what interpretation do you agree with? You know a lot about this stuff so I’d be interested to hear.
Matt Leifer: The short answer is “none of the above”, i.e. none of the existing options are appealing to me. Since the time of Schrödinger, we have been beset by the problem of quantum jumps. That is, quantum physicists are prone to jump to conclusions. Explaining why I don’t like the existing options and what I am looking for in an interpretation would take far too long for a comment. Maybe a blog post one day, if I ever get back to writing blog posts on a regular basis.


OK, what's the good way to interpret quantum mechanics? None of the existing options are appealing to Mr Leifer! ;-) Yes, that's exactly why I coined the term "anti-quantum zealot". Even though people have described about 30 different modifications of the interpretation of quantum mechanics – including both superficial verbal, philosophical variations of the Copenhagen interpretation; as well as dozens of wrong quantum-like theories – an anti-quantum zealot is disgusted by all of them. What he really hates is that they are quantum at all.
Luboš Motl v 12:31 PM
Share