Off-topic: My Facebook friend Vít Jedlička (SSO, Party of Free Citizens) established a new libertarian country, Liberland (To Live And Let Live), where the government doesn't get on your nerves. Before he elected himself the president, he had to carefully choose a territory where no one will bother him, where no one would ever start a war; he picked seven squared kilometers in between Serbia and Croatia because these two nations wouldn't dare to damage one another. ;-) There's a catch for new citizens, however: the official language is Czech.


Lots of mainstream writers including BBC, The Telegraph, IBTimes, and Science Daily promote a preprint claiming that they see the non-gravitational forces between the particles that dark matter is composed of:


Richard Massey (Durham) and 22 co-authors have analyzed the galaxy cluster Abell 3827 – which is composed of four very similar galaxies (unusual: they probably got clumped recently) by the new Hubble Space Telescope imaging and by ESO's VLT/MUSE integral field spectroscopy.


The radius of the whole core – which is 1.3 billion light years from us – is 10 kpc. They show that each of the four galaxies has a dark matter halo. But at least one of those halos is offset by 1.62 kpc (plus minus 0.48 kpc, which includes all contributions to the errors, so that it's a 3.4 sigma "certainty").


Such offsets aren't seen in "free" galaxies but when galaxies collide, they may be expected due to the dark matter's collision with itself. With the most straightforward interpretation, the cross section is\[

\] where \(t\) is the infall duration. Well, if written in this way, it's only a 2.5-sigma certainty that \(\sigma\neq 0\), but that's probably considered enough for big claims by astrophysicists. (Astrophysicists apparently aren't cosmologists – only cosmology has turned into a hard science in recent 20 years.)

If that claim is right and dark matter interacts not only gravitationally (which is why it was introduced) but also by this additional interaction, it can not only rule out tons of models but also isolate some of the good ones (perhaps with WIMPs such as LSPs such as neutralinos).

The cross section cited above is safely below the recently published upper bound if \(t\) is at least comparable to billions (or tens of millions) years. The \(t\)-dependence of the new result makes it a bit vague – and one could say that similar parameter-, model-dependent claims about the cross section already exist in the literature.

Because of some recent thinking of mine, I should also mention that I think that it's also possible that an adequate MOND theory, with some specific form of nonlinear addition of the forces, could conceivably predict such an offset, too. A week ago, I independently rediscovered Milgrom's justification of MOND using the Unruh effect, after some exchanges with an enthusiastic young Czech female astrophysicist who liked some of my MOND/HOND remarks. For a while, my belief that "MOND and not dark matter" is basically right went above 10%, but it's dropped below 10% again when I was reminded that there are no MOND theories that are really successful with the clusters. 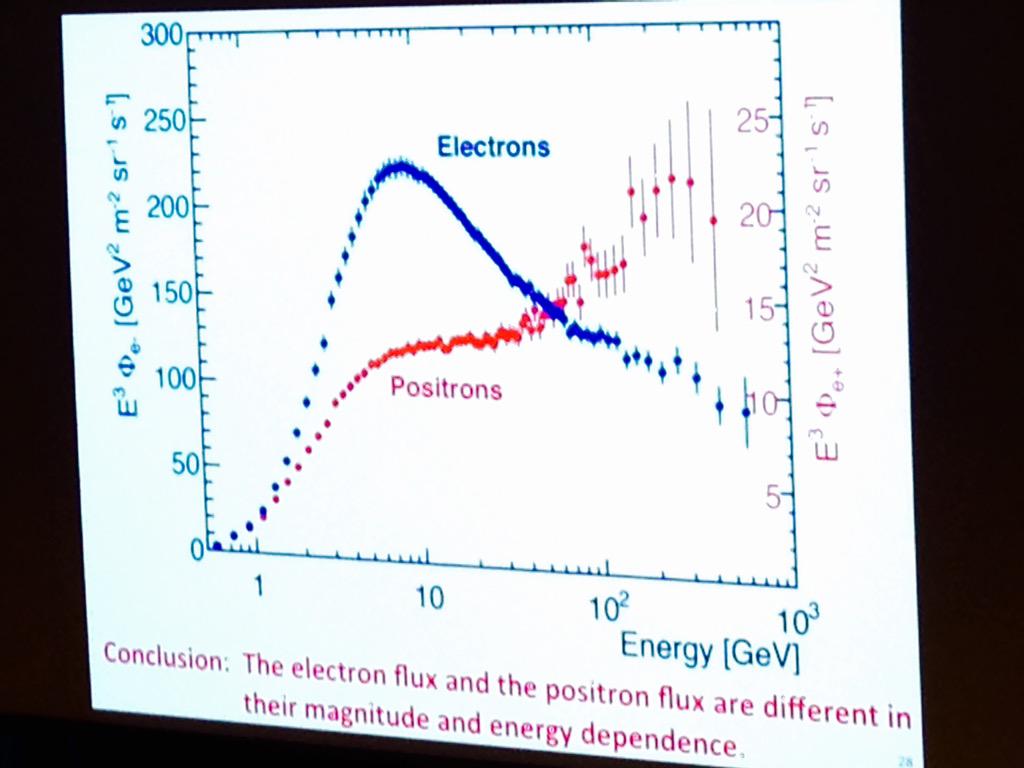 Off-topic: If you need to be reminded of the distances inside (our) galaxy, then be aware that the British rapper Stephen Hawking has recorded a cover version of the Monty Python Galaxy Song for you to learn from. Hawking has even hired someone to represent all the stupid, obnoxious, and daft people – you feel that you've had enough – namely Brian Cocks (I have to write it in this way to avoid the copyright traps).
Luboš Motl v 12:02 PM
Share