India has been a defining country of the "third world" and even though nowadays, we praise it not just as a cradle of civilization but also as an emerging market, a BRIC member, the home of Bollywood, many call centers, numerous excellent string theorists, and even a future second ITER-like fusion reactor, there is some sense in which India remains a canonical third-world country. 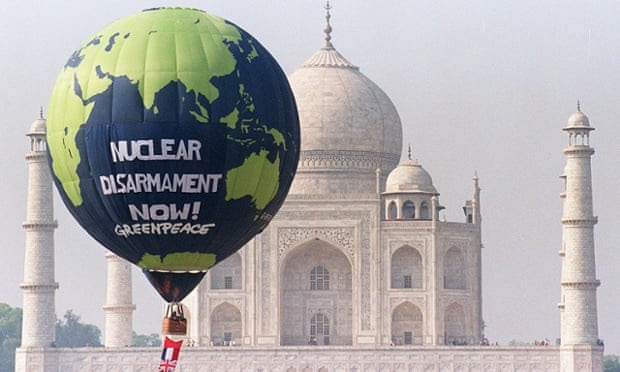 Unlike the communist-party-based regime in China, India is a democracy. One should be annoyed by the fact that a democracy such as India has GDP per capita about $5,000 while the adjacent non-democracy of China has over $10,000. Why is it so? There may be various reasons but I am afraid that at some level of development, some non-democratic control over the affairs may be beneficial.

Various harmful organizations such as ecoterrorist NGOs – and Greenpeace is the most famous one – have been freely doing their job and it didn't help India's economy, either.


There seems to be one attitude in which India is apparently ahead of us. The right-wing pro-market BJP government of Narendra Modi has suspended the registration of Greenpeace in the country and they froze the bank accounts that provided Greenpeace India with foreign funding. TIME, Guardian, more.


I am obviously no expert in the Indian law and traditions – even though I have known many excellent Indian folks. So I don't know whether it's generally viewed as legally kosher and constitutional to go after such an NGO's neck. But what I know is that it is a matter of common sense. Greenpeace is trying to sabotage vital interests of the country – to prevent India from developing by torpedoing power plants and factory projects, among other things – and it's a duty of a responsible Indian government to deal with this sabotage.

Many people over there are still really poor and many of those want and deserve more prospering lives.

Capitalism doesn't have to erase the national identity. Škoda Rapid, built by the thoughtful LOL.

Moreover, this conflict between India and Greenpeace has a "spy game" aspect. The ministry of home affairs in India claims that the Indian Greenpeace folks were invited by the British Parliament to "testify against India". In spite of the British climate skeptics' patriotism, the U.K. is full of unhinged environmentalist and warmist fanatics who won't hesitate to sacrifice your and other nations' well-being (if not life) for their "ideas".

If these witnesses were Indian citizens, they were planning to commit a form of treason. One may always think about such conflicts from both sides. Opposition within a country is often right. Well, I don't think it's the case of the ecoterrorists in India. That's why it's so right for India to go after Greenpeace's neck and I wish those politicians good luck.
Luboš Motl v 5:38 PM
Share