We learn from the Wall Street Journal and everyone else that Switzerland has sold $0.4 billion of CHF-denominated 10-year bonds with the yield minus 0.055 percent. It's the first time in the human history when 10-year bonds went negative although Northern European and German (and, update April 14th, Czech) yields of 5-year bonds have already looked below zero.

Also, Mexico sold $1.6 billion worth of EUR-denominated bonds with the yield 4.2% which is sensible – but the shocking part is that it is a 100-year bond, also the first one in the human history. So far, the most futuristic was a 1%-yield Austrian bond maturing in 2062. These unprecedented numbers open a couple of questions.


First, how is it possible that people are willing to buy bonds with negative yields? I would actually like to know who are the buyers. It seems plausible if not likely to me that they're some government-related entities that don't care about the profit at all. I will discuss this issue at the end.


Don't get me wrong. I don't think that the Swiss yields are unacceptably huge and negative. They are virtually indistinguishable from zero. People may suggest that it's better to keep the money beneath the mattress. But it's not quite safe and convenient, especially because you must be careful that the banknotes beneath the mattress remain valid, and so on.

And some people are so wealthy that the banknotes they would have to store would occupy a lot of room and they simply can't afford to buy an additional mattress. ;-) (This is an inverted variation of the joke about the young family that didn't have enough money to buy diapers. So they purchased a villa in Hollywood and cleaned the baby's buttocks against the grass in their garden.) To pay 0.05% per year for removing these logistic problems is totally acceptable. Nevertheless, there is still a problem: even zero seems insanely low.

This is the Swiss GDP per capita. It's a rather nice exponential curve that I chose because we are talking about Switzerland. Every 15-20 years, the figure doubles. Let's assume that the doubling time is 15 years. This corresponds to nearly 5% growth per year. (But some 2% out of it may be eaten by inflation and only 3% is left because I believe that the graph shows the nominal GDP in capita in USD.) To get zero is too little. And there are investments that "almost certainly" return much more than 0% in 10 years. What about stocks?

You're not guaranteed to get anything. But I think that those who lend things for 10 or 100 years don't really need any hard guarantees, anyway. It's a free capital one may play with a little bit. In average over time and markets, a stock returns 10% a year. There are huge fluctuations comparable to 10% as well but at the very long time scales, one expects these wiggles to mostly average out.

I do think that a well-managed stock portfolio will return more than 4% a year in 100 years if dividends are included and recapitalized – and it may be safer than Mexico's long-term liquidity. At the end, I think that even the Mexican 100-year bond above offers too low yields. There is another problem with the 100-year time scale. The buyer will almost certainly not see the repayment of the bond (and we may ask whether the state of Mexico will live that long, too). When he buys the futuristic bond, he's not financially planning his own life.

Or the bond will be sold and bought many times in the next century – just as if it were a banknote. Well, it almost certainly will. But that also means that its price may fluctuate wildly because the fluctuating estimates of the yields between "now and 2115 AD" will hugely influence the price of existing bonds exactly because 2115 is so far and the relevant exponent is therefore so high. Of course that those speculators who buy the 100-year bonds and who are rational believe that the price of their bonds may go up, perhaps hugely, in coming years because the figure for the long-term Mexican interest rate that is now at 4% may keep on decreasing. But no one can be quite sure about these future wiggles. There is a reason to buy, however: the price of these futuristic bonds may only drop by 100% but it may increase by much more than 100% so the average for the coming years may be positive (and perhaps high). Note that \(1.04^100\approx 50\) so if the figure 4% drops to 0% in 3 years, you will produce a 5,000% profit. ;-) 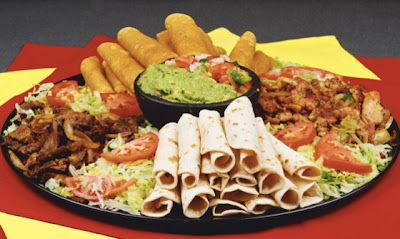 To make the case for stocks even stronger, right now, the European Central Bank is performing its own version of quantitative easing (buying assorted bonds for newly printed euro banknotes). This procedure will almost certainly continue for more than a year and perhaps much longer. Lots of new cash will appear among the people (those who found the artificially increased price of the bonds high enough for them to get rid of them) and they will want to get some investments (other investments than bonds).

Some of those who sold the bonds to ECB in the process of quantitative easing (QE) may start to spend it. But that's probably a small part: Those who had the bonds probably wanted to postpone the consumption from the beginning and their sale of the bond is just a part of their strategy to save more cleverly.

In this environment, I do think that it's almost unavoidable that people will gradually learn that stocks have become a better investment. The cash paid for the bonds in the QE program will be gradually transferred to the stock market, some trillions of euros. Additional trillions will be moving to the stock markets because of a positive feedback, namely speculators who realize the looming stock price increase caused by the previous sentence.

When the economy is going up, stocks go up for a totally understandable reasons – the corporate profits are going up. But when the economy is doing badly, we got used to the omnipresent stimulation by the national banks that pour kilotons of cash into the economies which must be parked somewhere. Stocks are a natural place where to (re)park this cash. So if we include the "new normal" dovish behavior of the national banks among the assumptions, even a stagnating or decreasing economy may be a reason to expect a growing stock market.

As I wrote before, we may see a persistently higher P/E ratio in coming years as the investors learn to use stocks as long-term cash. This may also reduce the (relative) volatility of stock prices.

At the end, I do think that the existence of these very low interest rates depends on some irrationality and this irrationality will inevitably evaporate. An increasing number of investors will realize that the stocks are more profitable – and perhaps even safer – investments than many of these low-interest bonds. At some moment, the bonds' price has to go down and the market yields must go up.

Before that happens, I think that stocks will almost inevitably be better investments than bonds and people are bound to increasingly learn it.

Now, the continued manipulation of the markets by the governments and central banks has succeeded in prolonging the period in which bonds were profitable. People who own a mix of bonds could have gotten 5% in the last year, too. How is it possible if the yields of newly sold bonds have been around 0% for several years? Well, it's because the bonds whose price went up in the last 12 months were already existing bonds maturing in a relatively distant future and their price increase is derived from the lowered expectations of the yields that they will be generated between now and their (future) maturity.

National banks' procedures of pouring ever greater amounts of cash onto the economies is an ever larger manipulation of the markets (at least some quantities describing the markets, perhaps artificial and not too important quantities) away from some natural equilibrium. A problem is that no one can be sure whether the pendulum will ultimately beat this unnatural force and swing back towards the equilibrium. If it does, we will see reasonable 10-year yields of Western nations such as 3% again. But maybe it won't and we won't. Can't there be an alternative, perhaps catastrophic evolution resulting from these ever more insane interventions, one in which any expectation of a business-as-usual long-term equilibrium breaks down?

Well, I think that if this newly printed money get to the real economy – and it is the goal – we will ultimately see inflation again, and perhaps significant inflation, and banks will be forced to cancel this stimulation because everyone will start to be afraid of hyperinflation and carts full of cash that are needed to buy bread (this fear is still a part of the German psyche, and I would say that for a very good reason and not just the 1920s). This is the scenario agreeing with the expectation that the return to some equilibrium and reasonably high and positive interest rates will happen.

Can there be alternatives? In the previous paragraphs, I was assuming that the buyers of the low-yield bonds have a "free will" which is needed to ask the question whether their act is rational. But who is buying the negative-yield bonds, after all?

I tend to think, and correct me if I am wrong, that most of these negative-yield (or otherwise unattractive) bonds are being bought by government institutions or by banks that are legally obliged to do something like that (in order to have the right percentage of "super safe" papers), not by individual and corporate investors who are freely looking for profit. But if that's the case, then the intervention doesn't help to kickstart the real economy at all because governments and central banks are selling these papers to each other and only change their utterly artificial accounting. These transfers between the government-related accounts don't produce any cars or bread or electronic gadgets, only piles of worthless documents.

Profit-seeking investors with the "free will" are probably not buying these negative-yield bonds because they're not so stupid. Am I wrong? Also, it is not possible for them to sell similar bonds. I think that individuals and even companies still pay vastly more than 0% yields for their loans. So there seems to be some "decoupling" between the real economy and the artificially created (by interventions and government manipulations) economy. Only the former really matters. The decoupling may be getting increasingly obvious so that after some time, even the staunchest manipulators, Keynesians, and similar economic crackpots will be forced to understand that manipulations like that can't reliably help any economy as long as by the economy, we mean something correlated with the people's actual well-being.

We're not there yet and we're surrounded by megatons of irrationality of individuals and (especially?) central bankers, government bureaucrats, and politicians. This irrationality is bound to fade away at some point. However, it may last for a longer time than your solvency. Before this irrationality disappears, sensible people should probably better park their long-term savings in stocks.
Luboš Motl v 3:58 PM
Share