In total, 15.7% of the students failed in their Spring 2015 "maturita", the Czech high school exit exam also nicknamed "the adulthood test". That result was a mixture of 6.5% of students who failed in Czech [meaning Czech language plus all literature], 6.3% who failed in English, and staggering 24% who failed in mathematics. The students' performance in languages is worse than the numbers suggest. 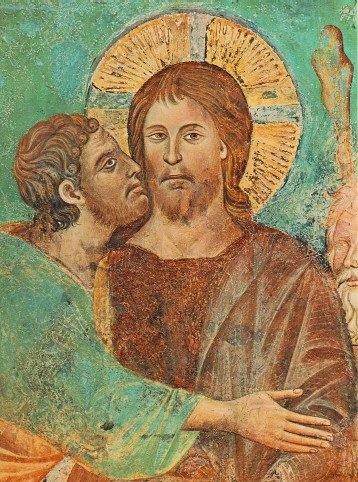 But the Czech Facebook got filled with complaints about two questions from Czech and mathematics. They were about a Biblical villain and about a cone. It's unacceptable for us to be asked about such issues, the pubescent bastards have screamed all over the Internet. ;-)


The question about the Biblical villain based on [modified] Lynn's and Jay's "Yes Minister" was as follows:


"You’re blaming the wrong people, minister," Humphrey said.
"What did he mean?" I thought.

"As far as I know, it was one of your cabinet colleagues who warned Brussels of your plan for bulk buying [of British text editors], which is why the directive appeared so quickly," he continued.

So that is what happened? Betrayed again? And by a cabinet colleague? Bloody Basil Corbett! When I think of Corbett, I warm to ***** Iscariot! Basil Corbett, get choked by those 30 pieces of silver!


Now, lots of the folks complain that this is "religion" and they can't be demanded to know such things. It's plausible that they haven't learned about Judas. But holy cow, he isn't just a piece of religion. Judas is a part of the Judeo-Christian and popular culture. It's not such a sin to expect 18-year-olds who are "more educated than others" to know the name of the ultimate symbol of betrayal. What have they been doing for those years, 4 hours a week (?), if they couldn't notice the existence of Judas [Czech: "Jidáš"]? 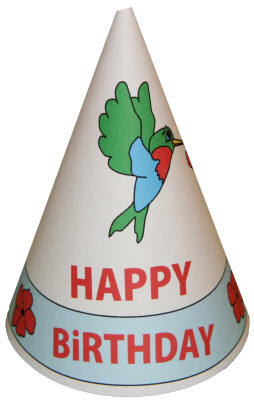 The most controversial question in mathematics dealt with a dunce cap:


A dunce cap has the shape of a circular cone. On the side, it's glued by a tape. (The boundaries of the paper are touching but not overlapping at the point where they are glued.) The horizontal projection of the cap looks like an equilateral triangle whose side (each of the three) is 16 cm long. How many squared centimeters of paper do you need to make the cap?

I do agree that from a pure mathematical viewpoint, the formulation of the problem is sloppy. From the context, it is clear what the surface looks like to be called a "hat". And one must agree that it's normal for all people, including mathematicians, to call this surface "a circular cone". With some common sense and knowledge of the usual conventions, the cap has to look as what we calculated.

On the other hand, the mathematical terminology is sloppy. The surface isn't called called "a circular cone" (in Czech: "rotační kužel"). A circular cone is a 3D object. This 3D object has a volume – which clearly can't be what they are asking about because they talk about a "surface" and prescribe the units of "squared centimeters".

However, they may talk about the whole surface of this 3D object. And the surface of a circular cone is \(\pi r \ell + \pi r^2\) because it also contains the base (Czech: "podstava" which may be back-translated as an "underbuilding") of area \(\pi r^2\). Many students have used this formula for the "whole" surface, demanded that both results are considered correct, and a mathematician named Botlík (not Motlík) suggested "at least" the same approach in an "expert testimony" for EDUin, an education NGO.

One may say OK, there's some justification for the idea that "the surface of a circular cone" must always include the base, so the "official solution" may have erred.

I think that I would have avoided this potential ambiguity if I were formulating similar problems. But if I think about all the implications of the "two different solutions", I would probably endorse the official authors connected with the ministry of education who ultimately concluded that the problem and its "just the lateral surface" solution were fine and the answer was unambiguous.

Because I think that the kids who use the formula \(\pi r \ell + \pi r^2\) are using mathematical equations blindly, without understanding where they come from and what their pieces mean. If one knows how mathematics should be applied to solve actual problems, he should be able to determine that the cap clearly doesn't include the base of the circular cone, just the lateral surface, because otherwise you couldn't place it on your head and the surface therefore wouldn't deserve to be called a cap. ;-)

Now, I do think that most of the kids who used the formula \(\pi r\ell + \pi r^2\) actually understand that the cap with the base included cannot sit on your head tightly. But I would guess that they do not understand what the two individual terms in the area formula, \(\pi r\ell\) and \(\pi r^2\), mean separately. They have only memorized the formula as a "whole" and that's why they're worse mathematicians than the \(\pi r l\) kids, at least when it comes to this particular problem.

The picture explicitly showed that the hat was just the lateral surface.

There's one additional detail that makes it silly to compute "the whole surface" of the 3D cone. The detail is that the problem simply says that "the cap is a cone". But because the cone is a 3D object while a cap they're asked about is a 2D object, the formulation makes it clear that they really mean a more informal definition of a cone, "the cap [essentially] looks like the [key parts of a] cone". The problem never talks about "the surface of a cone". It only talks about a "cone" and makes it clear that the kids should interpret this "cone" as a 2D surface. And when a "cone" (which is strictly a 3D object) should be interpreted as a "surface", it is about equally sensible to mean just the "lateral surface" or the "whole surface", and from the rest of the problem ("hat"), it's clearly the former.
Luboš Motl v 9:25 AM
Share