Since his well-deserved 1999 Nobel prize in physics, Gerard 't Hooft got used to a luxurious lifestyle and because the prize money have been gone for years, he decided to find a great new way to earn a few more extra bucks.

In 2005, The Templeton Foundation and Max Tegmark established a foundation called FQXi that has been distributing thousands of dollars for essays. Well over 90% of the winners have been crackpots, the kind of people from the Smolin environment, people whose feeble brains don't allow their owners to learn modern physics but who are great in hyping conspiracy theories and meaninglessly combine philosophical and physical buzzwords. 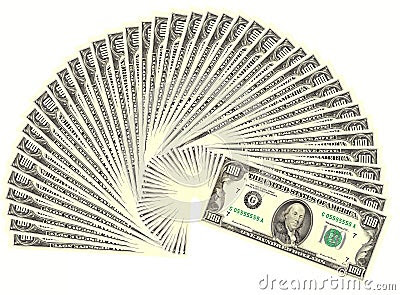 When you are a warrior against the conventional top physics research who wants to earn the money in this way, you face the competition of dozens of fellow crackpots. But if you're the only one who is a Nobel prize winner at the same moment, your chances of winning the FQXi essay contest go up.


He got it for the essay


which is exceptional by its shallowness.


The 1+3+1 pages are all about the invitation to worship the Weyl transformations, known as a possible gauge symmetry from a 1921 book "Raum, Zeit, Materie" by Hermann Weyl ('t Hooft doesn't even cite this original source!)\[

\] i.e. the group of spacetime-dependent rescalings of the metric tensor, as a fundamental principle of Nature. That should solve the problems of quantum gravity – and lots of other things that he dreams about.

As I indicated, this idea has been very well known to theoretical physicists for 94 years. And the Weyl symmetry has been successful as a gauge symmetry in one particular context, namely in 1+1 or 2 dimensions of the string worldsheet in string theory. Needless to say, in order for his agitprop to remain 100% misleading and worthless junk, Gerard 't Hooft's review doesn't even mention the only one example in which the Weyl symmetry has been useful.


ATLAS, off-topic: ATLAS just posted a paper with new exclusions on lepton-violating, RPV supersymmetric models. After 10 minutes, the most intriguing hint is an excess of 650 GeV sbottoms on Figure 20d which seems consistent with a CMS 650 GeV sbottom RPV excess (Figure 5, TRF).


In the string worldsheet, if the theory on it is formulated covariantly, the Weyl symmetry is a local symmetry along with the 2-dimensional diffeomorphism symmetry. In total, you have three real gauge parameters at each point of the worldsheet, namely \(\delta\omega, \delta \sigma^0,\delta\sigma^1\), and by a suitable choice of these three gauge parameters, you may locally set all the three components of the worldsheet metric tensor, \(h_{00},h_{01},h_{11}\), to a standardized form you like, e.g. \(1,0,1\).

A sign that this works is that in 2 dimensions, the Einstein-Hilbert action\[

\] is Weyl-invariant, too. Newton's constant is dimensionless in 2 dimensions and the expression above is not only Weyl-invariant. In fact, it is invariant under any continuous changes of the metric tensor because the integral above is proportional to a topological invariant, the Euler characteristic.

One may also formulate perturbative string theory without the Weyl invariance. For example, the diff-Weyl invariance may be gauge-fixed, e.g. in the light-cone gauge, and only the conformal symmetry is left. In such a formulation, there is no trace of a worldsheet-dependent scaling. One must appreciate that the existence of a gauge symmetry depends not only on the (measurable) laws of physics but also on the particular formalism or description that we choose. I will return to this point later.

Weyl originally wanted to add a \(U(1)\) – really a noncompact version of it, \(\RR^+\) – gauge field to his gauge group, and wanted to identify it with the electromagnetic 4-potential \(A_\mu\). It doesn't work because the electromagnetism has nothing to do with scaling. Moreover, it couldn't be consistent with the quantization of the charge. A more promising version of the same idea was the Kaluza-Klein theory with the circular 5th dimension. The isometry of the circle becomes a \(U(1)\) compact gauge group in 4 dimensions and that may be close to electromagnetism – although truly viable "extensions" of this old idea were only found within string theory. The Kaluza-Klein-based refinement doesn't involve any scaling.

There are good ways to retroactively see why the Weyl symmetry in \(d\gt 2\) isn't a very valuable idea. 't Hooft completely masks all the well-known reasons why similar theories seem physically uninteresting.

First, even when combined with diffeomorphisms, the Weyl symmetry in \(d\gt 2\) is not enough to get rid of all the components of the metric tensor, so the "magic" that has worked on the \(d=2\) worldsheet (the complete elimination of the \(d=2\) gravity) doesn't occur for \(d\gt 2\).

\] is simply not Weyl-invariant in \(d\gt 2\). The dimensionful Newton's constant is a fast way to see that this term breaks the scaling symmetry because the scaling invariance is equivalent to "the independence of the units of length". So the most important term that actually produces Einstein's equations of general relativity is forbidden by the symmetry. If you want to claim that the Weyl symmetry is a gauge group that is spontaneously broken, you have to generate the Einstein-Hilbert action dynamically, from a starting point that is Weyl-symmetric.

How can you construct a nonzero Weyl-invariant action that depends on the metric tensor and its derivatives in \(d=4\), for example? Well, there is a part of the Riemann curvature tensor, the Weyl tensor \(C_{\kappa\lambda\mu\nu}\), also denoted by \(W\), that is invariant under Weyl transformations. So the expression\[

\] is Weyl-invariant. And in fact, it works well with the integration measure as well because the dimension "mass to the fourth" of this \(C^2\) contraction exactly cancels with the integration measure \(d^4 x\). This cancellation is equivalent to the Weyl-invariance of \(\sqrt{-g}\) times the four copies of \(g^{\alpha\beta}\) that you need to raise the four indices of the \(C\)-tensor times the four derivatives included in the two \(C\) tensors.

Fine, so you may consider theories of "conformal gravity" that start with the action proportional to \(C^2\) above. Can you get any sensible physics?

And to specify the initial conditions for the fourth-order equations, you need to remember the metric tensor and its first three derivatives. This, in turn, is equivalent to having a larger phase space, a larger number of degrees of freedom, and when you compute the commutators etc., you will see that one-half of them has a positive norm and the other half has a negative norm.

These higher-derivative actions unavoidably lead to bad ghosts – fields producing particles that exist with negative probabilities (the squared norm, i.e. the probability, is negatively definite for an odd number of such excitations). This is clearly an inconsistency. The bad ghostly part of the graviton multiplet is no way "weak" or "negligible" – it is exactly as strong as the graviton you would like to obtain, but thanks to the negative norm, it totally sucks.

There is no known viable solution to this problem in the literature. All the "solutions" that are out there are of the kind "let's get drunk or high and ignore and mask this lethal problem" and "we will convince the stupid grant agencies and The FQXi Foundation that this theory has a value, anyway". So your immediate likely conclusion – this theory has to be thrown in the trash can immediately as long as you do science – seems totally supported by the decades of research.

Well, I am aware of one interesting twist that makes the ghost problem inconsequential, namely Maldacena's 2011 paper using the conformal gravity to compute a certain "wave function in the Universe". In his case, the ghosts may be set to zero due to the nature of the problem he is calculating. Needless to say, 't Hooft doesn't mention this only known way to make the bad ghosts non-lethal, just like he doesn't mention Weyl's original paper and the string theory worldsheet where the Weyl symmetry actually works.

Maldacena makes the lethal ghosts harmless because he asks a special kind of a question. Whenever the fields described by the \(C^2\) action are meant to oscillate in the general way we expect in a general physical situation, the ghosts are guaranteed to poison the theory.

Why are the Yang-Mills gauge symmetries and diffeomorphisms more successful in directing us towards physically important theories than the Weyl symmetry in \(d\geq 4\)? It seems that this question has a well-known reason, too.

Gauge symmetries are great when you want to write down theories of particles with the spin \(j\geq 1\) in a manifestly Lorentz-covariant way. If you want such particles, they're naturally created and annihilated by fields with at least one Lorentz vector index such as \(A_\mu\) and \(g_{\mu\nu}\). But such vectors or tensors (or spintensors \(\psi^\alpha_\mu\)) inevitably (because of the mixed signature of the spacetime, and because of the Lorentz symmetry) contain both "spatial" and "temporal" components (or, for spin two, "spatial-spatial" and "temporal-temporal" as well as "mixed" components), and some of these components inevitably have the opposite (negative) sign of the norm. The gauge symmetries are handy because they make these unwanted negative-probability components decouple (i.e. they make these components unphysical).

The Weyl symmetry isn't this helpful because it only depends on 1 parameter per point, and that's not enough to "kill" the 3+ ghostly degrees of freedom in \(g_{\mu\nu}\) or similar more complicated tensor fields.

While there are some intriguing hints that the scale invariance could be true at some (almost) fundamental level, like the marginal instability of the Higgs field in the Standard Model (the instability is marginal thanks to the known mass 125 GeV), the derivation of quantum gravity from a spontaneous breakdown of a Weyl-symmetric theory seems to be a non-starter for the ghost and other arguments, including arguments those raised against the asymptotic safety theories.

Nothing really seems to work in conformal gravity. 't Hooft hides 100% of the successes as well as 100% of the failures of the Weyl gauge symmetry and conformal gravity paradigms and presents just old hype, and no new ideas, which is why he deserved to have won the essay contest for crackpots.