Glimpsed particles that the LHC may confirm

The LHC is back in business. Many of us have watched the webcast today. There was a one-hour delay at the beginning. Then they lost the beam once. And things went pretty much smoothly afterwards. After a 30-month coffee break, the collider is collecting actual data to be used in the future papers at the center mass of \(13\TeV\).


So far, no black hole has destroyed the Earth.

It's possible that the LHC will discover nothing new, at least for years. But it is in no way inevitable. I would say that it's not even "very likely". We have various theoretical reasons to expect one discovery or another. A theory-independent vague argument is that the electroweak scale has no deep reason to be too special. And every time we added an order of magnitude to the energies, we saw something new.


But in this blog post, I would like to recall some excesses – inconclusive but tantalizing upward deviations from the Standard Model predictions – that have been mentioned on this blog. Most of them emerged from ATLAS or CMS analyses at the LHC. Some of them may be confirmed soon.


Please submit your corrections if some of the "hopeful hints" have been killed. And please submit those that I forgot.

The hints below will be approximately sorted from those that I consider most convincing at this moment. The energy at the beginning is the estimated mass of a new particle.

I omitted LHC hints older than November 2011 but you may see that the number of possible deviations has been nontrivial. 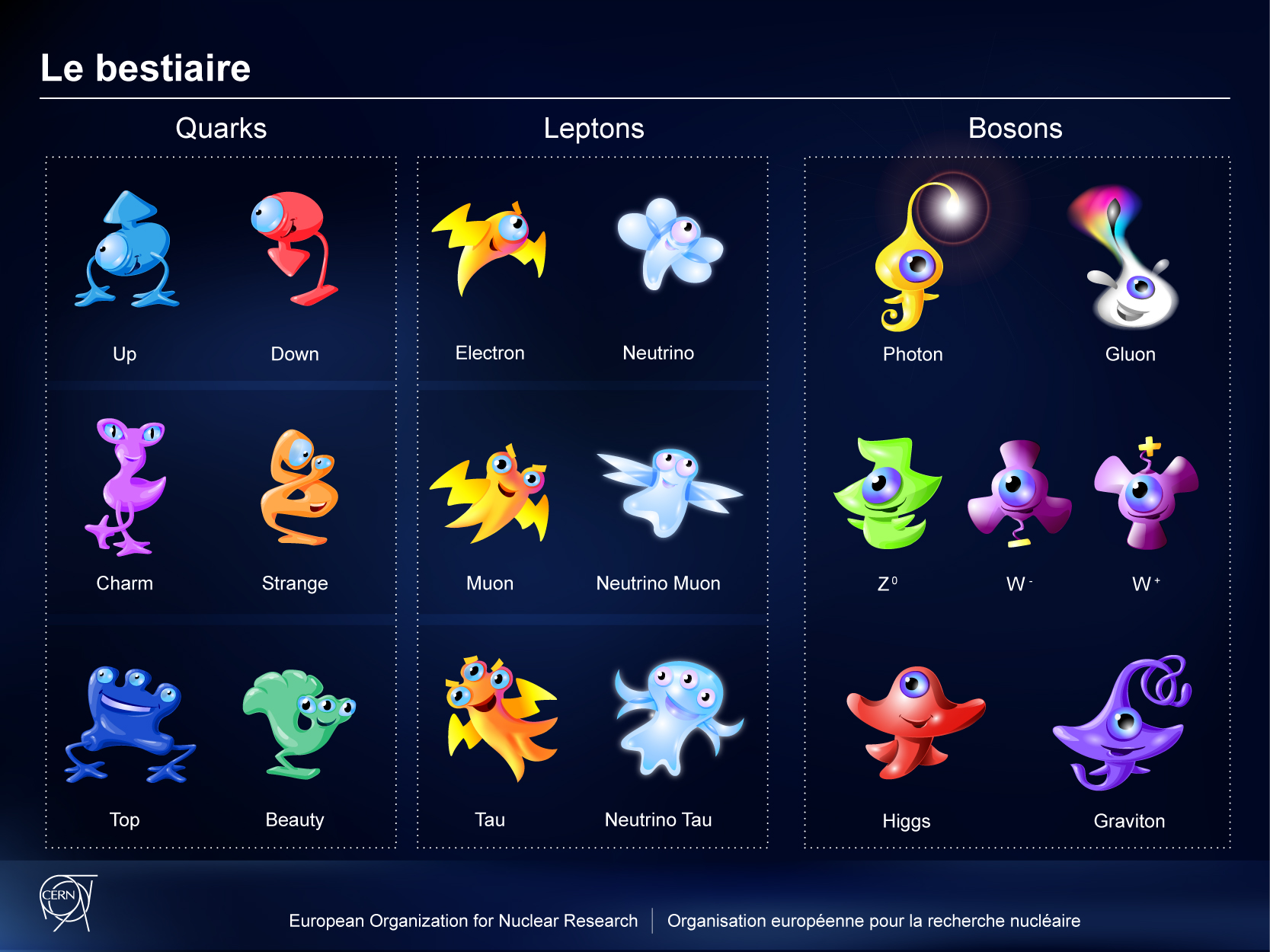 The most accurate photographs of the Standard Model's elementary particles provided by CERN so far. The zoo may have to be expanded.