Requirements for a university/activism career are lower for blacks

The Czech media are already describing the story but Cynthia was the first source from which I learned about Rachel Doležal's [literally] colorful life. 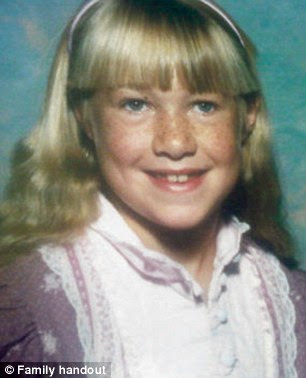 Rachel Doležal is about 37 years old and for 7 years or so, she has made quite some career. She became a university lecturer in a department of whining blacks as well as an influential civil rights leader, namely the NAACP president in Spokane, Washington state. (No, NAACP doesn't officially stand for "n*groes' affirmative action communist party" which doesn't mean that this explanation of the acronym is completely wrong.) None of the left-wing people around her have ever dared to doubt that she was black!

This cute scam reminded me of my favorite Polish sci-fi comedy, Sexmission [URL: full movie, Polish audio], from the 1980s. Two men in a hibernation experiment are accidentally woken up in a dystopian future society where only women exist and all of them are taught to be feminists, brainwashed by the ludicrous stuff that males were evil etc. There is a small relevant catch here. Their "Her Excellency" is male, too. Around 37:00, the guys meet "her" for the first time after they eat their holy apples. Around 1:50:00, "she" appears in her house above the ground (where the two guys managed to escape from the underground propaganda world) and they learn who "she" is.


Doležal's story is particularly comical for Czech readers because Rachel Doležal's surname is obviously Czech. The ancestry of her family is said to be Czech, German, and Swedish with tiny unspecified traces of the Native American blood. But many generations have lived in the U.S. (her parents are Larry and Ruthanne – no Czech first names here). It seems rather clear to me that in the wartime Germany, she would be fully Aryan and ended in one of the local Führers' bedrooms rather than a concentration camp.


Doležal isn't just a Czech name. It's a very frequent surname. Tables show that Doležal and its feminime version, Doležalová, are the 21st most frequent names both among men and women. (The list of most widespread surnames shows how incredibly ethnically uniform our society is. The first surname that isn't a pure Czech word is #23, Nguyen: for various reasons, the Vietnamese have become the most important "exotic" ethnic group in Czechia and they're widely considered to be a positive contribution to our society, economy, and habits.)

You know that this name has to be rather frequent if it is not a problem to find a very active and smart young woman called Doležalová who was interested in you. Also, I had a (one year older) classmate in the undergraduate quantum field theory course, Mr Tomáš Doležel, nicknamed "Dole". Surprisingly, this variation of the name with "e" doesn't make it to the top 70 list.

See the map i.e. geographic distribution of 8783 Doležal men and 9159 Doležalová women in Czechia. Southwestern Moravia is the hot spot. Doležel is peaked in Central Moravia (only 2,200 men). 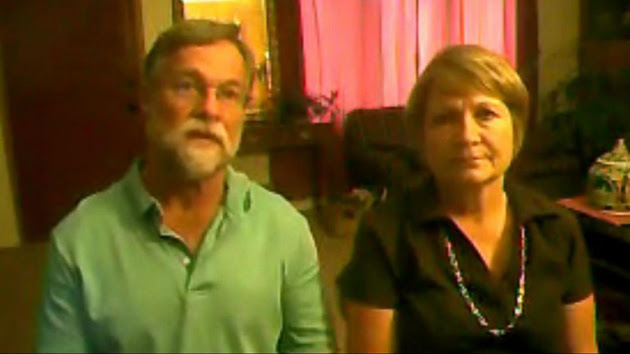 Parents who created the story when they announced that their daughter was as white as they are. These parents have adopted four black children and Rachel, one of their 2 biological offspring, was racially inspired by her adopted siblings LOL.

The word "Doležal" or "Doležel" is a verb in the past tense. The prefix "do-" indicates something like the completion of the activity, doing the activity near the destination, or something like that. It's hard to translate parts of words. But as a preposition, "do" means "to" or "into". The root "ležal" or (more correctly, in modern Czech) "ležel" means "he was lying [on bed etc.]".

I am spelling her name with the "háček" above "z" not only because I like to use the original Czech spelling for Czech words but because she actually likes to spell her name in this way, too!

If you combine it, the whole word "doležel" [daw-leh-zhell] or, archaically, "doležal" [daw-leh-zhull] could be translated as something like "he had enough sleep" or "he has completed his task of lying on bed for some time" (you may see that Czech is more concise than English LOL!) but I am actually not sure what the word exactly meant because in this very form, the word is only used as a name, not a frequently used verb.

I've done some Internet research and the full explanation of the surname isn't settled. One theory is that "Doležal" is related to "doležitý", an old Czech spelling of "důležitý", i.e. "the important one". The other theory is based on the "do-ležel" analysis above but it says that the people who "do-leželi" were "lazy people", probably because they loved to lie in bed up "to" the noon (or another late moment). "Doležal" is therefore either important, or lazy, or both. ;-)

At any rate, I saw many pictures of hers. If you asked me about her ethnicity, I wouldn't just answer that she was white (at least for an overwhelming majority of the photographs). I would tell you that she looks Czech! She is a rather typical example of a certain sort of average Czech women. Her childhood photograph at the top makes her somewhat more Nordic than an average Czech girl (yes, this is a prototype of an Aryan girl from the Third Reich) but many similar girls live here, too.

She got some suntan, but so do many Czech women. And she has this impressively curly hair. One would know that it had to be hard to get this haircut – even if the details of the haircut were not obvious. But aside from the skin color and hair, she just doesn't have any black characteristics. In particular, she has typically Caucasian thin lips. Have you ever seen a black woman and her lips? Google search for black woman lips. And it's not just about the lips. The noses and other parts of the face are different, too.

I mean, almost one-seventh of people in America are black. It doesn't matter whether you are black or white: You must have figured out what they look like. I have a hard time to believe that most of the people around her – white and black people – couldn't tell that she was white. It seems much more likely that they were afraid to say that "the emperor has no clothes" because the racial questions are such a complete taboo in the U.S.

By the way, in private conversations, Ms Ráchel Doležalová liked to say that she had some white ancestors (perhaps, someone could figure out that her surname is originally Czech) but she had mostly black ancestors and she identifies with those. Now, this sounds extremely unlikely. A patrilineal ancestor of hers, Mr Doležal One, had to be a Czech man, thanks to the name, who married a black woman. And their mixed color son had to marry a black woman, too, to dilute the fraction of the white DNA. This was supposed to take place many generations ago.

If you think about it, it's not impossible but it sounds very unlikely. First, many generations ago, the frequency of interracial marriages was low quite generally. Second, Mr Doležal One would still prefer to keep his racially mixed son in the Caucasian culture. Again, all these things might happen but one would have to have very good reasons to believe such an unusual story. And her similarity to the blacks surely wasn't sufficiently convincing.

Twitter is excited about the idea that she is just "#transracial" (dozens of tweets with this hashtag are posted each minute) or "transethnic", an analogy of "transgender", so she has the right to identify herself as a black! These are subtle jokes because conservative people and people with common sense agree that this idea is totally ludicrous: you just can't change your race. But on the other hand, the widespread idea of "transgender" people is considered respectable. It is silly because you can't change your sex by a wishful thinking, either.

Exactly the same thing applies to transgender as well as transracial people. They may genuinely like to decorate themselves as people of a different sex or race. But when they do, a sensible observer should still ask Why are they doing it? Yes, it may make them more sexually satisfied, perhaps. But Rachel Doležal's motivation was almost certainly something else: success. And she got it. At least for a while. People simply have an advantage if they're (considered) black and she's another piece of evidence that it is the case.

This black boy in the Republic of Mali wasn't lying: his dad is white (and Czech)! I actually created the music video for this Ivan Mládek song some years ago.

I have no reason to think that she is anything else than an average white woman. Her greatest skill is to make exotic haircuts or darken her skin? Millions of women are doing so, too. But being average is apparently enough to quickly become a university lecturer in a department of whining blacks as well as a local NAACP president. These are jobs where the average abilities (relatively to the overall population) are perfectly sufficient!

This is really the main point of this blog post. Her success is a rather strong piece of evidence that the aforementioned university departments have lower standards – and their very existence is justified by the desire to turn a higher percentage of blacks into "scholars". The creators of Sexmission wanted to make a similar point. You can't change the reality by propaganda. Men are more "natural leaders" so if one of them managed to survive the apocalypse, he's rather likely to become "Her Excellency" and when he does, the preposterous character of the anti-male propaganda becomes indisputable. (If the movie had political ambitions, it wasn't feminism that was considered irrelevant. It was a secretive metaphor for the communist propaganda.)

And yes, I agree with those who say that terms "transgender" and "transracial" are primary postmodern bizarre things inviting everyone to abuse them and that's what she did, too. To make things more subtle, the SJW community is already actually using the word "transracial", but for something else! A kid adopted by a family with a different skin color becomes "transracial". I have nothing whatsoever against this event. But it seems redundant to invent new short adjectives for such people. They may be e.g. culturally white but they will be considered apparently black. You can explain the situation by several words. If a new "trans-" word is invented, its purpose is obviously to create another unjustly privileged (because "officially oppressed") group.

Even if you were adopted by parents with a different skin color, you can't escape from your skin color as long as people are allowed to use their eyes. If you're biologically black, others will be able to see it.

Needless to say, the SJWs would love to prevent people from using their eyes – or at least brains. ;-) And that's what has happened in the case of this scammer, too. People were simply afraid to tell her the obvious: Madam, you're clearly white!