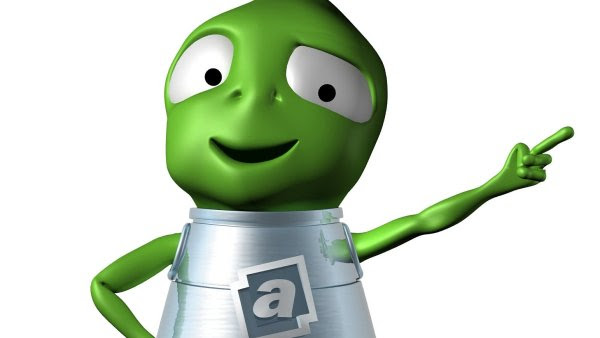 During an event that was made special by both Yuri Milner and Stephen Hawking (video), it was announced that Yuri Milner is paying $100 million to the search of extraterrestrial civilizations in the next 10 years. Obviously, it is the largest donation to the SETI paradigm ever (before you beat it). See also:


The money is going to be used by SETI folks to access the Parkes Telescope in Australia and West Virginia’s Green Bank Telescope. Instead of one or two days per year, they will be able to use it for a month or two each year – stealing the telescope time from "more mundane" astronomers.


Also, someone will get $1 million for designing a nice message for the extraterrestrials. Well, I surely think this prize to be excessive because it's really a childish enterprise. What's the best thing to tell "them"? It depends how much information you want to use.


Some pictures and YouTube videos from our lives could be funny for them. They must be able to decode simple formats such as WAV or GIF. ;-) They should be able to learn something about our location – coordinates (with some explanation how those are defined) and what the Universe looks like from our perspective – and what we're made of.

Is the DNA copy of a human enough for them to construct their own human? I doubt so.

For example, are those creatures' DNA molecules likely to be constructed out of the same A-T/C-G bases as ours are? It's plausible but it seems unlikely if you trust a recent Quanta Magazine article. Some biochemists are producing new letters for the DNA alphabet. If you believe them, it seems that they are pretty sure that the restriction of the DNA life on Earth to A-T/C-G is a matter of historical coincidences and DNA codes based on a different (and larger) alphabet could have easily evolved, too.

So we should better send them enough information to reconstruct the molecular architecture of these DNA bases, too. And so on.

It's pretty clear that we won't get an answer from ETs within a decade, however! There's really no sufficiently scientific way to decide which of the messages to be sent are the right ones or helpful ones for the ETs. The judgement about the winners will be all about the referees' prejudices! This contest is a piece of art, not science.

And as regular readers of this blog may know, I actually think that the intelligent life is very rare in the Universe and even the possibility that the Earth is the only semi-intelligent planet in the visible Universe is rather high. There may even exist a rather solid argument – analogous to the anthropic principle but a different one, in some sense opposite one – that implies that Nature wants to create Universes where the living civilizations just marginally exist, i.e. their number is of order one (or zero). The primitive life may have been created outside the Earth and long before the Solar System was born. And it could have found the Solar System and/or Earth to be a hospitable environment to make the advances we're familiar with and we depend upon. (See Panspermia follows from Moore's law.)

But it seems plausible to me that most of the Earth-like planets in the Universe were not bombarded by the right "seeds of life" (because the broader environment at much longer than planetary length scales failed to obey some conditions, like the presence of several types of stars creating all the required elements etc., or wasn't lucky enough) which is why there's no life over there even though all the characteristics of these planets (plus their stars, evaluated while ignoring everything else) may seem to be OK.

All these things are speculations. We don't know whether there are many extraterrestrial civilizations. A discovery of one would settle the question that is open at this moment and it would clearly be one of the greatest discoveries in the mankind's history. But there also exist "purely empirical" reasons why I think it's unlikely – especially Fermi's paradox. Where are they? If the intelligent life were sufficiently abundant, we would have already seen signs of it.

At the LHC, we have pretty good reasons to expect (perhaps and maybe not) new particles during the \(13\TeV\) run. They would be helpful to explain the lightness of the Higgs scalar. More generally, we've seen new particles pretty much every time we increased the energy by a factor of ten, so there could be some particles around \(1\TeV\), too.

But I think that similar vague arguments don't work for the discovery of the ETs. We have no real precedent for such a discovery. And I am not aware of any order-of-magnitude estimate – correct me if I am wrong – that would suggest that such a discovery of the ETs is around the corner. The number of intelligent alive planets in the visible Universe has a highly unknown value. As far as I can say, the multiplicative error margin of this quantity is many orders of magnitude – and perhaps dozens of orders of magnitude. Michael Crichton expressed the same point in his Aliens Cause Global Warming speech and I've always agreed with this point. (He has said that the Drake equation – claiming to express the number of ETs as a useful product of some quantities – was the first piece of pseudoscience designed to defend a particular prejudice about a question whose answer is clearly completely uncertain, and the equation doesn't make it any more certain, and similar pieces of pseudomathematical pseudoscience were later used in many other contexts including the doomsday scenarios where it led to the global warming pseudoscience and similar memes.)

At the end, the reason of this skepticism is the fact that the non-existence of any intelligent extraterrestrial life in the visible Universe is a qualitatively different hypothesis from the hypothesis that the density of intelligent civilizations is a particular finite number – which should therefore be assigned the prior probability comparable to 50% to avoid biases. And without any further assumptions, this hypothesis is compatible with all the observations of the ETs we have made so far: there don't seem to be any!

On the other hand, the hypothesis that the number of ET civilizations is finite is only compatible with the data if the parameters obey some nontrivial inequalities.

At any rate, I wish Yuri Milner and the SETI searchers a lot of good luck. I think that they will need kilotons of it.
Just to be sure, for someone who has $1.8 billion, I find it absolutely sensible to pay 5% to such an ambitious pet topic.
Luboš Motl v 5:40 PM
Share