Father of the Indian nuclear program

Homi Jehangir Bhabha was born on October 30th, 1909, to a super-elite Indian family. The family was Parsi – the word clearly indicates some relationship to Persia and the words and indeed related. However, the Parsis are just one of the old nations that lived on the Persian territory a long time ago. These days, no Parsis live in Iran and there are only 60,000 Parsis in India and 15,000 Parsis in Pakistan. Quite a special group, relatively to 1+ billion of other Indians.

His father was a top lawyer but more importantly, the relatives included Sir Dinshaw Maneckji Petit, the top Indian textile mogul, and Dorabji Tata, the most famous Indian steel industrialist.


His father soon accepted that Homi J. Bhabha wasn't thrilled by things that produce lots of money. Physics and perhaps even mathematics was more attractive for him. So it was agreed he would study mathematics-related stuff in Cambridge but his duty was to first get a degree in mechanical engineering which he did in 1930 (best possible grades). However, he was soon exposed to no one else than Paul Dirac.


Bhabha realized that he loved playing with processes that produce radiation, especially if there is a lot of the radiation. However, he was a peaceful theorist throughout much of the 1930s. In 1932, he received some degree in mathematics and in 1933, he added a degree in nuclear physics. His thesis was about the absorption of cosmic rays. You may imagine that he has acquired significant expertise in phenomenological properties of positrons and other things. 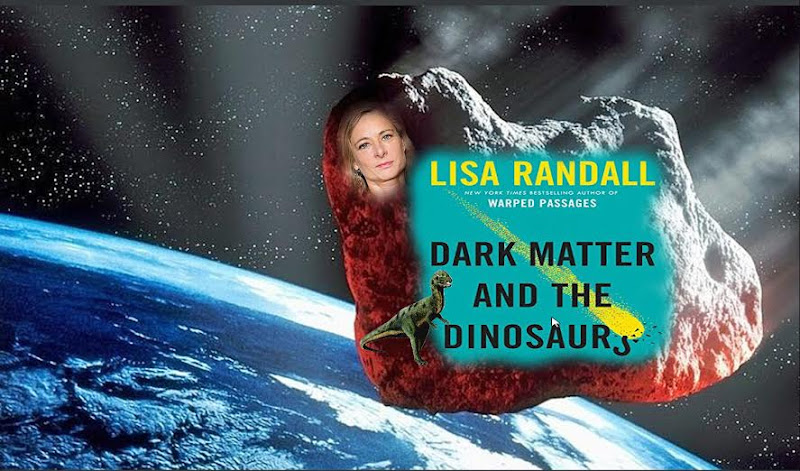 Off-topic: Lisa Randall has revealed her new book, Dark Matter and the Dinosaurs, which I have read about 4 times due to feedback issues and I recommend it to you. Picture by Joseph Sýkora.

The most famous concept that theorists like me associate with Bhabha is obviously the Bhabha scattering, a fancy name we use for the electron-positron scattering. This is one of the classic processes with two interaction vertices that quantum field theory students are being taught to compute in Quantum Electrodynamics, aside from the electron-positron pair annihilation/creation and the Compton effect.


Bhabha offered the correct calculation in 1935; there have been some wrong calculations on the market. In 1935, Feynman was 17 and the Feynman diagrams weren't used yet so the pictures above make the situation look more comprehensible than it was in 1935. At any rate, you may figure out that the electron-positron scattering is analogous to the electron-electron scattering and it proceeds thanks to a virtual photon.

However, there is a subtlety that only occurs for the electron-positron scattering. The photon in the diagram may be both horizontal and vertical. We must sum over two Feynman diagrams at the leading order – regular scattering with an electron, positron, and virtual photon in the intermediate state; and annihilation channel with only photon in the intermediate state – to get the right scattering amplitude and Bhabha did so. Well, just to be sure, there are two diagrams in the Møller (electron-electron) scattering as well, one with the \(t\)-channel and one with the \(u\)-channel (there has to be the same number of diagrams due to the crossing symmetry: a positron "is" just an electron with a negative energy moving backwards in time), but in this case both of these terms look like "scattering" with three particles in the intermediate state.

(It's funny that string theory vacua describing the particles as closed strings get both terms just from one diagram.)

He did some more work on cosmic showers. In 1939, he returned to India. Well, he was oscillating between India and the U.K. but his practical work in India was already intense. India began its nuclear program in 1944 and in 1945, Bhabha was the main "spiritual boss" who established the Tata Institute of Fundamental Research – which is still one of the main hotspots where top Indian theoretical physicists work. A relative named Tata contributed the financial power, of course. ;-)

Bhabha was named the Indian boss of the nuclear weapons research by Nehru in 1948. Bhabha was becoming an increasingly vigorous defender of the nuclear weapons. As the president of the United Nations Conference on the Peaceful Uses of Atomic Energy in Geneva in 1955, he loudly defended the warful uses of atomic energy. ;-) His pro-weapons attitude got even more intense during the 1962 Sino-Indian war (a brief Himalayan border dispute – one that China effectively won).

You shouldn't be shocked that Bhabha had these pro-war tendencies. He was a great patriot and his middle name, Jehangir, means "the conqueror of the world".

He was assassinated by the CIA in an airplane flying over Mont Blanc in January 1966. At least, that's the most widely believed reason why the Air India plane crashed. I personally tend to believe it as well. The timing makes sense. These were the most important moments for the Indian nuclear program. Despite Bhabha's death, India entered the nuclear era in 1967. It is believed that these days, India has roughly 100 nuclear warheads but enough plutonium to build 1,000 warheads.

Bhabha spent a lot of time with peaceful uses of nuclear energy, too. It's his personal preference that turned India into a top enthusiastic country when it comes to reactors based on thorium rather than the boring uranium. It shouldn't be surprising: India has vast thorium reserves. He has outlined the three stages of the evolution leading to extremely cheap energy coming from thorium in India.

Bhabha wasn't just a theoretical and practical physicist, administrator, and military leader of a sort. He was also a painter, classical music and opera enthusiast, not to mention an amateur botanist. His fellowships allowed young people to study microbiology, radio astronomy, and space science, too.

I believe that India's history of the nuclear research in which Bhabha has played such an important role makes India one of the "understandable and legitimate" owners of the atomic weapons. They have actually been a part of it – they were not just stealing or replicating other peoples' know-how. Needless to say, I do think that India's natural ties to Great Britain, thanks to the colonial times, were an important and probably necessary prerequisite for India to be considered a "de facto part of the democratic, civilized, Western world", when it comes to things like theoretical physics and nuclear research.
Luboš Motl v 9:48 AM
Share