A reader has informed us (in the obsolete Blogger built-in comments: have you turned your Javascript off?) that Leo Philip Kadanoff died in Chicago on Monday, October 26th, 2015, from respiratory failure. He was 78 years old:


Kadanoff has done lots of fundamental work in statistical, nonlinear (chaos theory-related), and solid state physics. Look at the impressive citation counts. Except for the Nobel prize, he has won all the classical top medals in physics, including the National Medal of Science from Bill Clinton in 1999. He has also worked as the president of the American Physical Society.

During the funeral, his daughter modestly pointed out that when he was in his 50s, his switched from making discoveries to making great new people.


Kadanoff was raised by a Jewish family in the New York City. He did both undergraduate and graduate studies at Harvard, a postdoc job at the Niels Bohr Institute in Copenhagen (not bad places), before he worked at University of Illinois and Brown University. Then he moved to University of Chicago for the rest of his life.

His insights about the phase transitions and critical points, superconductivity, and similar things are too numerous and I am not a full-fledged condensed matter physicist (although I have always done very well in the condensed matter courses at Rutgers etc.) who should boast his expertise and deep knowledge of those things.


However, particle physicists primarily know him as the forefather of the Renormalization Group. Already in 1966, he presented his idea of the "block spins" to study things like the Ising models: 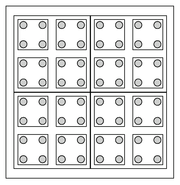 You may be interested in the long-distance behavior of the grid of spins. When it's so, it's possible – at least as a leading approximation – to clump the \(2\times 2\) squares of spins into "bigger squares" and associate a collective or average variable to each greater square.

A ten-minute 2012 program on Kadanoff. He also spoke about "little people" living on the surface of electrons. It is a stupid Leninist idea – but one that was surely helpful for his idea of block spins.

In the 1970s, this insight about the possibility to "change the scale" was promoted to the continuous realm by Ken Wilson and others and the Renormalization Group was born.

The ultimate point is that the low-energy limits of theories arising from some "lattice" tend to be scale-invariant or approximately scale-invariant and lattices with different lattice spacing must be capable of producing the same limits. So the detailed lattice spacing and dynamics at the very short length scale is irrelevant for the low-energy or long-distance phenomena.

My adviser Tom Banks urged me to learn these things and papers. Kadanoff's paper was a gem among them.

I must mention that in the context of Matrix theory, I coined a similar paradigm of the "block spins" to explain why the large \(N\) limit of the theory becomes independent of \(N\). This has to be true because of dualities etc. but what's hard is to mathematically prove why it's so. You take a \(KN\times kN\) matrix and try to integrate out all the \(SU(k)\) degrees of freedom in the \(k\times k\) blocks, thus effectively reducing the \(U(k)\) gauge group in each block to a \(U(1)\). Kadanoff's picture above is analogous to \(k=2\).

In this way, the \(U(kN)\) matrix model may be effectively reduced to a \(U(N)\) model. By SUSY, it's pretty much obvious that the same supersymmetric dynamics has to be the right one for the bigger blocks but I have never found a satisfactory "constructive" derivation of this fact. Also, for a large \(N\), the \(U(N)\) matrix model should see \(N\) as a basically "continuous" number so the continuous-scale Renormalization Group of the Wilsonian type should become possible, too. However, it hasn't been trivial to make \(N\) continuous in a controllable way so far, either.

I guess that in Matrix theory, these questions remained terribly understudied. Why is the Matrix model Lorentz-invariant for a large \(N\)? How does the scaling invariance in \(N\) arise? Even though the matrix models work remarkably well – all dualities etc. in string/M-theory would collapse if there were a slightest defect – it is still not constructively enough understood "why" all these things work so well. I believe that a more universal definition of string/M-theory uses a mathematical formalism that we will only understand if we become capable of answering the questions in this paragraph more explicitly or constructively. 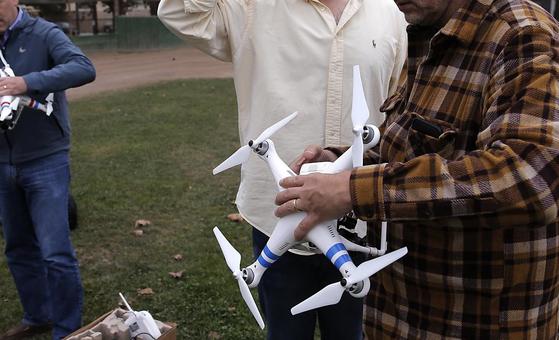 Lumoid, a startup in San Francisco, organizes $5 drone flying workshops. See SF Chronicle. If the air ticket to San Francisco is included in the price, I hope that Lumoid won't ask Lumo to pay for the losses.
Luboš Motl v 9:41 AM
Share