The incredibly indefensible prosecution of Exxon

America is the land of the unlimited possibilities. Sadly, it's often the case when it comes to unbelievably outrageous events, too.

The New York State's prosecutor Eric Schneiderman has actually started the investigation of Exxon. The company is accused of "having lied about the effects of carbon dioxide on climate change for 40 years".

What is going on here?


I will discuss the actual events that are supposed to form the "foundation" of these lawsuits momentarily. But there's one obvious point: "the effects of carbon dioxide and/or/on climate change" are a scientific question and it may only be answered by scientific research.

Exxon wasn't and isn't an institution whose goal is to do scientific research at all. It is an energy company meant to make profit by providing its clients with products and services related to the energy and the fossil fuels.

Papers isn't what Exxon is producing (at most, papers about the technology of drilling etc. may matter in the company but not those on different topics) so its opinions about a scientific question, especially an incredibly controversial one, is simply irrelevant and cannot serve as the basis of anything.

Aside from Exxon's being a commercial, not scientific entity, the second problem with the general accusation that "Exxon lied about the science" is that Exxon is a company, not an individual, so it just couldn't "collectively" know about the right answer even if it were a scientific institution. Individual people and individual scientists may have and do have different opinions about various matters. A company may issue some statements on behalf of the company but it's clear that it's just some opinions of certain heads who had the right to speak on behalf of such a company – and such a generalized "corporate opinion" on science simply cannot have any legal implications whatsoever. Exxon is allowed or disallowed to do things according to the currently valid law written down by the lawmakers, not according to scientific opinions written by Exxon's own officials. And it hasn't violated any law! That's the end of the story.

But things get even crazier if you look at the actual foundation of the claim that "Exxon knew but lied". The greenest and most unhinged environmental activists have spread this meme since September 2015. See e.g. this text in Gizmodo.


In July 1977, James F. Black, an employee in Exxon's Research and Engineering division, made a presentation in front of other employees and claimed that the doubling of CO2 would mean a 2-3 °C warming in the global average and 10 °C at the poles.


In other words, what these environmentalist loons managed to find out was one employee who was saying the same thing that has turned to a widespread ideology among the leftists in the early 21st century. There was not even a proper paper published anywhere. There was not even a paper. It was an opinion or a hobby of one scientist – a guy who has no publication record that would be related to climatology.

Now, Exxon has over 80,000 employees. So one of them was a "climate alarmist" back in 1977 – almost everyone else ignored him or thought that Mr Black was just bullšiting – and even now, 38 years later, this fact is supposed to be a problem for the whole company whose capitalization is $0.35 trillion.

Needless to say, the description of the would-be "problem" that Black offered in 1977 was almost identical to what we hear these days, including the values of the climate sensitivity. Indeed, despite tens of billions of dollars that have been spent on research that was ordered to produce "similar conclusions", the apocalyptic part of climatology has done no progress in those almost 40 years at all. No improvements in the accuracy or certainty, nothing.

However, Black's claims weren't terribly original back in 1977, either. Joseph Fourier realized that the greenhouse effect existed in 1824. John Tyndall has done experiments proving the existence of the effect around 1850. And the world's top chemist Svante Arrhenius wrote a paper in 1896 (PDF) that estimated the warming from the doubling of CO2 (or H2CO3, as he called it) to be around 5 °C. It's higher than Black's or IPCC's median estimates – but you find climate alarmists who prefer nearby figures even today.

Nothing essential has really changed about these warnings since 1896. The greenhouse effect is known to exist to science. Its strength is probably weak enough for CO2 – and those who want to focus on it are the "out-of-average" scientists who think (or pretend to think) that it's stronger than what others believe, and those scientists end up with several if not five degrees Celsius per doubling.

But whatever the exact value is (Jo Nova's fresh article claims that the sensitivity is just 0.25 °C and it is basically consistent with everything I know, too), we know that the deduced implications for the mankind and Nature have been wrong.

It wasn't just Black in 1977. Similar comments could have been seen in the U.S. politics at least since 1965 when a report was written for President Lyndon Johnson. Those reports warned of "measurable and perhaps marked changes of the climate by 2000". There haven't been any marked changes and while the temperature changes have been measurable, there's no robust evidence that would allow us to attribute the changes to particular well-defined causes.

But back to the main point. The guy, Mr Black, could have impressed one manager of Exxon or two (who wanted to establish an Exxon-led IPCC in 1978, while others had the opposite opinion) – it's not shocking that people sometimes impress each other. But I find it flabbergasting that the opinion of one particular employee is being presented as the "official knowledge of Exxon as a company", especially because even today, 38 years later, the question remains controversial. How could have Mr Black let alone the whole company known the right answers about the causes and effects in climatology if science doesn't know it even today – and if Mr Black hasn't produced any relevant evidence?

If the New York's prosecutor managed to significantly harm Exxon as a company, the following conclusion would be obviously true:


Exxon will have paid tens of billions of dollars for its failure to fire a dirty green hysterical crackpot James F. Black in time.


Shareholders of the world, unite! We just can't afford this climate alarmist scum to stay in our companies. Climate alarmism is apparently toxic even at very low concentrations. They are the real poison that we have to remove unless we want the future of the mankind to be crippled.

Incidentally, Greenpeace has finally been outlawed in India. The officially stated reason was financial fraud and falsification of data. The world's largest democracy was working on this ban of the ecoterrorist organization for some time. Half a year ago, the Greenpeace accounts had been frozen.

At FoxNews, Judith Curry recalls some facts about the "hiatus" and a NOAA "pause killer" paper and asks whether the Obama administration has participated in the preparation of this unusual article, as some coincidence suggest. And when Curry was writing that, she didn't even know that Obama was going to veto Keystone XL pipeline today (in 15 minutes from now, watch live). 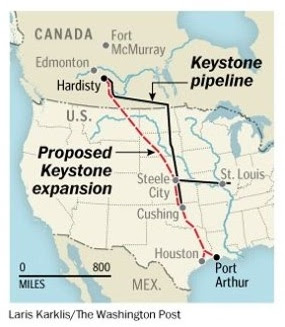 Which trajectory is wiser, the red one or the black one? Do you need something else to see that Obama is an environ mental cripple?
Luboš Motl v 12:05 PM
Share