Thermal scans: Great Pyramid may be a silo, after all

I have wanted to write about 35 different lighter scientific and political topics but at the end, I decided that silence is sometimes superior. But I can't resist to share my amusement about the development of a story about the Great Pyramid of Giza. 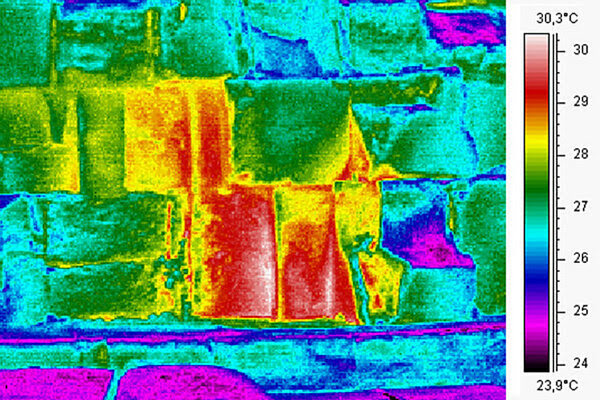 Every day, I am getting some semi-spam e-mail from Ben Carson's presidential campaign. I think that this former successful neurosurgeon is probably a good guy in some sense – like many people who have placed Christianity at the top of their lives. He's culturally much more black than Barack Obama is; despite the inconclusive skin color, the latter is just another left-wing symbol or a light intellectual, after all. And unlike Obama, Carson has been good at something highly nontrivial.

Carson (who was ahead of Trump in the GOP polls for a while) is different. I probably share many of his attitudes to politics and morality but it's obvious that he's a guy from a completely different world – although it is a world I am much more familiar with than what you might think, mostly because of a major ex-GF from the undergraduate years. Days ago, people had fun with his 1998 commencement speech.


He's said lots of things that believers often say in the church. But he has also addressed two scientific topics for which he was mocked:
Now, these are quite bold statements and Carson shouldn't be surprised for his being mocked.


Let me address the entropy issue. In 1998, he said that he had recently talked to a famous physicist – the identity is unknown – and Carson asked how it was possible that an apparently organized Universe had had evolved in a world that obeys the second law of thermodynamics (which Carson incorrectly called the first law but it's clear that he meant the second law). The famous physicist had no answer for that.

Now, everyone laughs because it's obviously bullšit. Physics understands all these things.

I have discussed the derivation of the second law many times. Because the probabilities of an evolution are summed over final microstates but averaged over the initial ones, low-entropy initial states and high-entropy final states are favored. Because of the asymmetric factor of \(1/N_i\), the evolution with the increasing entropy is \(\exp(\Delta S / k)\) times more likely than the time-reverted (or, more precisely, CPT-inverted) evolution. The greater one among these two probabilities is still at most one which implies that the other one is exponentially tiny: the evolution towards a dramatically lower entropy is so unlikely that we may say that it's prohibited by the laws of physics.

This derivation works at every point of space and every moment, regardless of the behavior of the Universe as a whole, its origin, or our origin as species. The entropy just never goes down by a macroscopic amount in the real world.

Now, this growth of the entropy "apparently" conflicts with the evolution of organized life, ever smarter computers, and so on. But the conflict isn't there. The organisms – like an ordinary fridge – are capable of reducing their own entropy, or the entropy in a part of the physical system, while increasing the entropy of the rest by a greater amount. The total entropy goes up and the second law is satisfied.

What's important for life to work on Earth like it does is the concentrated energy we're receiving from the Sun. We're getting mostly "visible photons", roughly speaking – thermal photons corresponding to the temperature 6000 kelvins or so. But the temperature on Earth is just (below) 300 kelvins so the energy we're emitting – and our planet is roughly emitting the same energy (in joules) as it is receiving (otherwise there would be either some significant global warming or global cooling which isn't the case) – is leaving us in the form of "less energetic" photons.

The thermal photons at 300 K are 20 times less energetic than those at 6000 K. So you need 20 times higher a number of photons leaving the Earth than the photons coming from the Sun to keep the temperature constant (balanced energy budget). But one photon roughly carries "1 bit" of entropy, so we're creating lots of entropy in the less energetic photons. The entropy carried by the photons goes up roughly by the factor of 20 when the incoming concentrated solar energy is changed to the diluted outgoing infrared radiation from Earth. And this increase of entropy in the light allows you to reduce the entropy of the objects that reprocess the energy from the Sun – while the total entropy goes up.

Incidentally, if you don't know, it's also easy to approximately calculate why the absolute temperature on Earth is about 20 times smaller than the temperature on the Sun. The solar radius is about 700,000 kilometers which is about \(R_\odot= 2.3\text{ light seconds}\). But the distance between the Sun and the Earth is about \(R_{SE}=8\text{ light minutes}\). This number, approximately 500 light seconds, is about 220 times longer than the solar radius. Because the energy gets diluted as \(1/R^2\) with the distance, the flux near our planet is \(220^2\) times smaller than at the surface of the Sun.

But the thermal radiation energy flux scales like \(\sigma T^4\) so the absolute temperature on the Earth will be \((220^2)^{1/4}=\sqrt{220}\) times smaller than on the solar surface. This square root is about 15 which is close enough to the observed result 20. If you took the albedo as well as the "imperfect" illumination of the planetary surface into account, you could correct 15 to 20.

Fine. I could continue like that but let me stop. I wanted to explicitly remind you of a few basic insights that imply that proper physics has no problem to understand the compatibility of all the things about cosmology, evolution of life, and the second law of thermodynamics.

However, the funny thing is that Carson would be clearly right if he said that tons of people calling themselves physicists don't understand all these basic things. In particular, Sean Carroll has written dozens of pseudoscientific blog posts and even books claiming that there is some huge mystery, or even an apparent contradiction, between the second law of thermodynamics and our knowledge of other laws of physics. And this apparent contradiction or mystery requires some unbelievable cosmological fix.

As I have pointed out many times, this opinion of Sean Carroll has nothing to do with the scientific image of the Universe – and everything to do with his absolute incompetence and ignorance. There is no contradiction or mystery and the second law has nothing whatever to do with cosmology. It's unfair when Carson is criticized – even though he just conveys the comments you can very easily hear from the likes of Carroll. And the left-wing critics of Carson's focus on the presidential candidate – how stupid he has to be if he believes that there is some problem with the second law – but the same critics never dare to publicly notice that at least one of their loud people, Sean Carroll, suffers exactly from the delusion that was correctly reproduced by Ben Carson.

This is the kind of a breathtaking hypocrisy that has morphed me into a big hater of the left-wing environment shaped by Sean Carroll and similar cranks and jerks.

In 1998, Ben Carson has also presented his bold hypothesis about the purpose of the pyramids in Egypt. Recently, he was heard as saying that he still believed it. They were cleverly built by Joseph of the Holy Scripture as grain silos.

This is cute. I don't understand at all why he picked Joseph as the engineer. There must be some Biblical reason for that and if you know what the reason is, I will be grateful for the information. (Sorry, most likely, I won't believe this argument. Instead, I will keep my belief that the pyramids are about 2,500 years older than Jesus Christ. Thank you for your understanding.)

The generally believed purpose of the pyramids is that they were tombs for the leaders of Egypt, the pharaohs. I share the belief to the extent that I believe that it's more than just a belief. Some ancient Egyptian texts have been unscrambled and they explicitly say that they were going to build the pyramid-shapes tombs for the leaders. So unless they were lying, the question is settled.

However, we should perhaps not trust some ancient texts this uncritically. After all, we know that there are many invalid claims in other ancient texts, right? And the pyramids may have some secrets.

I think it's extremely ironic that today, just a few days after Ben Carson's silo theory of the pyramids became popular again, a thermal scan has shown an apparent extra room inside the pyramid. On the Eastern side of the greatest pyramid, a large stone has up to 6 °C temperature difference from the adjacent stones. A new secret room is the most widely believed simple explanation.

It's probably going to be another tomb, not a silo.

But in spite of that, I am rather amazed that the pyramids have been able to defend their big secrets such as new big rooms for such a long time. The pyramids have been among the seven wonders of the world for thousands of years and sophisticated scientific tools could have studied them in detail for decades or centuries.

For some reason, we had to wait until 2015 when someone saw this easily detectable thermal anomaly. Shouldn't the pyramids have been probed by X-rays or gamma rays or sound or something else? How is it possible that a large enough room has been missed for so long? As I said, I don't really expect anyone to discover old crops in the secret room. But given our lack of knowledge about rooms that seem to be located in front of our eyes, it is not completely insane to suggest that we could be missing some silos inside the pyramids, too.

And maybe Carson has some powerful method to determine that the silo was built by Joseph. Well, probably a different one.

In some situations, mockery may be excessive and powered mostly by group think.
Luboš Motl v 6:20 PM
Share