Pilsen's Synagogue, second largest in Europe, was built in 1888 and the final decoration was completed in 1893.

I was playing with


the interactive map of historical CO2 emissions around the world


and it's a lot of fun. There are people who consider CO2 emissions to be correlated with "evil". I simply can't imagine to be one of them; they are absolutely unhinged psychopaths. In the map above, you may change the year from 1750 to 2010 using the slider at the bottom. And you may click individual countries (Britain is the default one) to get detailed information about their emissions (and emissions per capita, plus percentage in the world) for a given year.


A reason why I consider the "CO2 is evil" advocates to be psychopaths is that the CO2 emissions are one of the best, albeit imperfect, indicators of the industrial strength of nations. 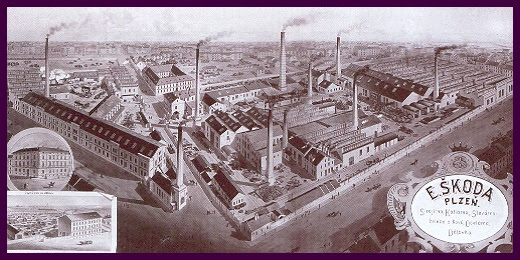 Emil Škoda's factory was founded in Pilsen in 1859.


Those had to be great times. The economy was growing by some 15% a year, there were no communists or feminists yet and even the labor unions didn't exist yet. According to this CO2 criterion and many others, our lands' industrial importance in the world probably peaked in the 1890s.

The chart claims that up to 1860, our emissions were basically zero. To mention an important event in those years, note that Škoda Works in Pilsen, the largest factory in Austria-Hungary, was founded in 1859. From this moment on, I will mostly talk about the CO2 emissions per capita. If you allow me to jump for a while, in 2010, the Czech emissions per capita are said to be 11 tons of CO2 per capita per year. I will call it 100% in the following paragraph; the percentages will be expressed relatively to our 2010 per-capita emissions. 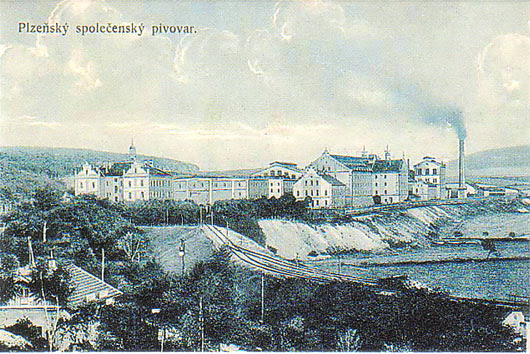 The famous Pilsner Urquell brewery founded in 1842 wasn't the last one. The First Stock Brewery (now Gambrinus) was founded in 1869 and the third brewery, The First Corporate Brewery (later Prior) was established in 1893 (picture above). Czech Pilsner Brewery (Světovar) was added in 1910. 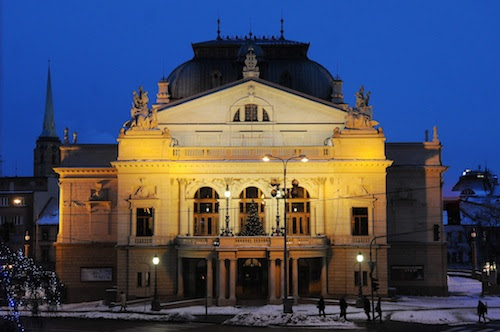 But then another increase occurred again in the late 1930s. And during the Nazi occupation – especially in 1940-1943 when we had to produce lots of weapons etc. – the Czech emissions per capita actually reached 100% (overall 1.2% of the world), the same 11 tons per capita as in 2010! ;-) In 1941, trolley buses were introduced in Pilsen (this was a small German-led update; trams were operating in Pilsen since 1899). Many things were similar as they are today. It was sort of a surprise to me; our country hasn't seen any increase in emissions in the last 75 years. There was no increase on the per-capita basis but because of the Sudeten Germans who were almost certainly counted up to 1945, our territory didn't really experience a significant population growth, so we may say that even the total national emissions haven't increased in those 70 years.

This should be compared with the total global emissions that exponentially grow and get multiplied by \(e\) every 57 years or so (doubling each 40 years). At least, this rule has been pretty accurate between 1750 and 2010. The exponential increase will probably (but not certainly) slow down in the future.


Let me stop flooding this blog post with photographs. Check e.g. this page for thousands of historical photographs of Pilsen.


Some firms were bombed at the end of the war so in 1945, the Czech CO2 emissions were back from 100% to 50%. Recall that the First World War had a similar effect: just like the climate alarmists, wars hurt and you can see this fact on the reduced CO2 emissions during heavy fighting.

In the post-war Czechoslovakia, the emissions per capita largely uniformly increased up to 165% (18 tons per capita) in 1988 when we were 0.9% of the world. The early 1990s saw the decrease from 165% towards 100% as the unnecessarily heavy planned industry got liquidated. This was the only episode in the history when the correlation between CO2 emissions and "quality of life and importance of the country" got broken and CO2 emissions dropped more than expected from the living standards. It was the free, deregulated market – and not regulations – that made it possible.

Say whatever you want but the decrease from 2.1% of the world to 0.35% of the world seems frustrating. There are lots of countries that became industrialized after we did – and after all, the Czech lands weren't among the very first industrialized ones, either, they were just "close to those".

My main points are that