Prague peace for Syria got a bit more likely


on the ČT24 channel. The interview at the beginning was simultaneously aired in Syria. Since 10 pm (4 pm Boston Winter Time), the URL has been offering you to replay the program from scratch; press "přeskoč reklamu" to "skip the ads"; the English interview (with CZ subtitles) begins at 1:50 and ends at 34:35. A Syrian website already provides you with a transcript of the interview. Another story, more. 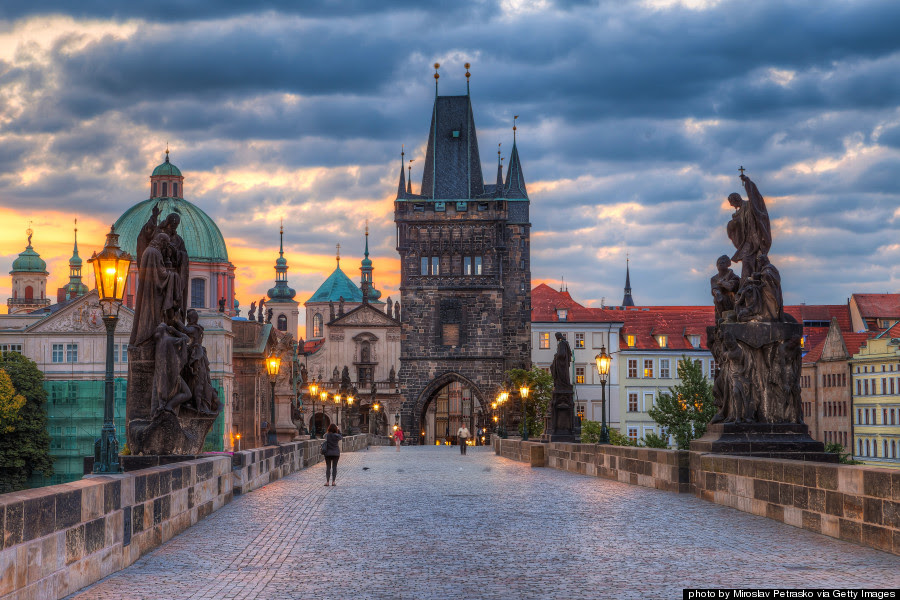 They spoke in English – and according to the excerpt (English is at 1:22 etc.), I could already say that Assad's English was a nice surprise. Before I saw the full program, I was afraid that the TV website would probably offer a Czech dubbed version only. In that case, I was ready to update this blog post with a summary. But the interview was aired in English with Czech subtitles so you may watch the original thing. Unless they banned the video abroad.


In the excerpt, Assad seems to give reasonable answers to many questions. The journalist asks him whether we should be afraid of the Syrian migrants or help them. He says that many of them are normal, peaceful people but there's also an unknown but nonzero percentage of terrorists infiltrated in between them. (In the full interview, he also admits and realizes that many of the migrants aren't really Syrian.) Every Czech agrees with that, the leader of these people agree with that – but certain people in Europe and North America would still love to turn this self-evident fact into a taboo or a blasphemy. Loons.


He is likely to transform some military advances in the recent months – which were allowed by the active bombing campaign by Moscow – to a better position behind the negotiating table. Before he signs a peace treaty, he wants the terrorists to be defeated. Needless to say, the question "who counts as a terrorist" will be a controversial one. Syria finds itself in a messy situation. About 11 million citizens – almost 1/2 of the population – became homeless. 0.25 million have lost their lives.

Assad can't imagine that a peace treaty would be signed in France, for example, because France has been violently hostile to Assad's internationally legally legitimate government of Syria. In Assad's words, France supports terrorism and the war rather than peace. Talks in Vienna and Geneva are basically stuck because certain unhinged political forces that pretend that Assad isn't the current leader of Syria are keeping them stuck. Two months ago, the Czech president Zeman revealed the idea to organize a peace process in Prague. In the interview, Assad confirms his interest in this scenario which he might endorse due to the balanced attitude of my homeland to the Syrian civil war.

These days, Czechia is the only Western country with proper diplomatic relationships with Assad's Syria. The Czech embassy is being used as a proxy embassy by the Americans, too. Communist Czechoslovakia has had intense interactions with Syria led by Assad's father Hafez. In the 1970s, lots of Czechoslovak machinery and weapons were imported to Syria. It is a fact, not an exaggeration, that Syria was the #1 non-European business partner of Czechoslovakia throughout most of the 1970s and 1980s.

Assad Sr was only paying for a part of the exports and the Syrian debt owed to Czechoslovakia was growing. It peaked at about $0.9 billion. When Havel became the president, the relationships deteriorated. Havel sent a hostile letter to Syria and Assad Sr got angry. You could expect that Havel has demanded the human rights practices of Syria to be improved or something like that but you would be wrong. In his letter, Havel actually demanded a quick repayment of hundreds of millions. ;-)

The debt was frozen for a while but in 2005, when Assad the son was already in charge of the country (his father died in 2000), Czechia and Syria signed a new agreement that made Syria begin to repay the debt. A fraction of it was forgiven but Syria managed to repay the remaining money we expected, basically exactly before the civil war started. This outcome isn't quite trivial, as the holders of the Greek debt will happily confirm, and this positive surprise is one of the reasons why most Czechs probably consider Assad's government to be more trustworthy than e.g. Tsipras' government of Greece. I surely do.

Incidentally, the Slovak prime minister Fico has explicitly requested that Greece must be expelled from the Schengen because it is totally failing to fulfill its basic duties. I agree with that.

This situation – that Prague is currently the most likely place where the Syrian mess may be resolved – is highly ironic if you realize that we're being criticized (and that's a euphemism) as at least borderline xenophobes by the multiculturalist apologists of Islamism and terror and similar SJW trash. In reality, we have totally OK relationships with a big majority of the countries in the Middle East and North Africa, too.

Most of our politicians who are "true pundits" in foreign affairs do not hide that our main ally in the region is Israel. But there are numerous other countries with which we have "much more than just peaceful" relationships, e.g. Azerbaijan, but we're important partners of the Iraqi government and friends with various rich Arab countries such as the Emirates and, to some extent, other Arab countries such as Jordan or our important tourist destinations of Egypt and Tunisia, too. Iran is relatively fine if we only care about our business, too. We know that many countries we have OK relationships with hate each other but this is just not our problem and unlike some others, we are surely not encouraging anyone to escalate his hatred or violence!
Luboš Motl v 6:09 PM
Share