In Spring 1945, Angela Merkel's predecessor wisely committed suicide and Germany started its path towards freedom and democracy – or socialism, respectively. And in 1990, the communist regime in DDR collapsed, too. Because 70 years (or 25 years, in the case of DDR) of freedom seems as way too long time for many Germans, Angela Merkel has been discussing certain things with Mark Zuckerberg. 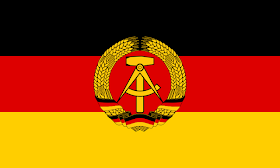 "You're not doing enough," she argued. I didn't believe she would actually okay policies to strip the opponents of the Islamization of Germany and Europe of their basic freedoms but here we are. Angela Merkel has looked like a West German politician but she has learned something from the regime in her DDR, too. A week before Christmas, the German government has made an agreement with Google, Facebook, and Twitter that the companies would be removing any posts labeled "hate speech" within 24 hours.


Now, many things may be said and written. What is hate speech? Who decides about the boundaries? In the countries that respect the rule of law, people enjoy the presumption of the innocence. If you want to charge someone with the violation of a law, e.g. a law fighting hate speech, you have to sue him and the courts have to allow the person to defend himself. That's how it has worked in the democratic Germany, too.


Now, Germany has removed these "unnecessary" procedures. Courts are just a waste of time, aren't they? They will name "specialist teams" who know what hate speech is and what hate speech isn't and those teams will erase every undesirable text from the social network in less than 24 hours. The authors of these texts don't need any right to defend themselves, do they? Only the Islamic mass killers deserve this kind of luxury.

I didn't even realize it could possibly be constitutional for some German officials to read other people's texts let alone delete them!

Now, some websites have discussed what kind of speech could be classified as "hate speech" by the "specialist teams". And it was mentioned that texts that are equivalent and similarly phrased as Donald Trump's call to stop the immigration of Muslims could be considered "hate speech". Holy cow. Do you know what it would mean? It would mean that no German will be allowed to talk about the man who may very well become the U.S. president in a year.

During the Nazi occupation, the Czechs were restricted in many ways – and lots of people were executed – but I still think that they enjoyed more freedom than what the Germans will be allowed now.

I would agree with the point that certain speech is "not just" speech and it physically harms some people or represents a plan or encouragement to physically harm them. So I may imagine that it's OK to outlaw certain kinds of speech. But what I don't find acceptable is to give this "nearly absolute power" over such decisions to "specialist teams".

Whether something is hate speech or not is not a question for a specialist. It is a political question. If this labeling is needed at all, and it shouldn't be needed, the right answer depends on decisions made by judges who hear both sides and who are following laws written down by democratically elected representatives. The idea that "specialist teams" objectively know what's allowed and what's not is a complete denial of the basic laws of democracy.

It's obvious that this power may be abused in terrible ways. If the "specialist teams" are ultimately appointed and fired by the German government, the power belongs to the German government. With this power, the government may de facto liquidate the political opposition and do many other things that simply shouldn't occur in a free and democratic society.

The focus of the censorship "specialist teams" will be on the anti-immigration posts. This aspect of the whole policy makes it doubly worrisome because while Angela Merkel may be said to be sensible or an OK politician according to some criteria, she is undeniably batšit crazy when it comes to the Muslim invasion. It's totally plausible that even posts such as this paragraph – which would be endorsed by more than 95 percent of my countrymates – could be banned in Germany.

I feel that we should help our German soulmates – those Germans whose brains haven't been mixed up into politically correct mushed potatoes yet. Maybe some uncensored clones of German Google, Facebook, and Twitter hosted on a different territory would be helpful. In the 1930s, other nations allowed Germany to terminate democracy and become insane in many respects. We shouldn't do the same mistake again. Germany is way too important to be left to non-democratic PC leaders, their obedient sheep, and Muslim or other invaders.

The special protection of other religions and ethnic groups in Germany is often said to be a reaction, or an overreaction, to the terrible Nazi past. Surely at least in the case of the Muslims, I don't get it, especially given Hitler's deep respect to the Muslims and the Islam-Nazi connections in general. It seems to me that this censorship defends pretty much the same "official opinion" as it did during Hitler's reign. The idea that one should demonize the Jews was a part of this "official opinion" during Nazism, and it is pretty much becoming the "official opinion" today as well. So what's the difference?

Angela Merkel plans to visit Prague soon. I don't expect our aß-licking government to say anything unpleasant to her. But I would like to hear our president to chastise her for the violations of the basic human rights in our most powerful neighbor state.

Another topic. When I added this paragraph, Yellen and her Fed pals finally raised the interest rates by 0.25%. Thank God. It's the first hike since 2006. The numerical magnitude of the change is tiny if not homeopathic so it's really the indirect consequences that matter. It seems that the most important indirect consequence is the admission that the economy is doing well. It's been doing well for some time – the Feds just didn't want to admit it and needed to treat the economy in a paternalistic way, as a spoiled brat who cries.

It was too much even for the investors and that's why the U.S. indices are increasing for the second day which would otherwise be illogical. Higher rates should mean that the cash is more attractive than stocks; moreover, it's harder for companies to borrow and easier for them to go bust. But these "normal" arguments became less important than the indirect ones. And the indirect ones are that the markets are no longer afraid that Yellen knows some "lethal secret" about the economy which is why she's keeping the rates at zero. She knows nothing of the sort. Also, when the rates are positive, one may realize that in the future, the Fed has a weapon to fight a downturn – to lower the rates again. It had no tools left when the interest rate was at zero.

So I think that after these anomalous years and the negative interest rates on bonds etc., America and maybe the whole world will get back to some normal state of affairs with positive rates and similar signs of health and common sense.
Luboš Motl v 6:52 PM
Share