MEP Ransdorf could have wanted to withdraw dead Jews' $350 million

Czech and Slovak readers were impressed by a highly nontrivial and bizarre criminal achievement of their compatriots yesterday. 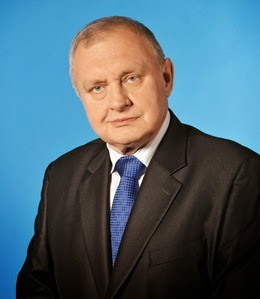 Three Slovak men above 53 years of age and no record of wealth on the Internet came to a Zurich bank and they wanted to withdraw three hundred and fifty from the account that belonged to a Mr Ransdorf. The clerk brought them €350 but they were dissatisfied and argued that they wanted something else, namely €350 million instead. The amount sounds better in Czech – it's 9.5 billion crowns. ;-)


The clerk wasn't sure whether he understood well. But he noticed that the day of birth was incorrect on one of the documents. They didn't get any money and the documents were probably proven to be forged. Instead, they were arrested along with the would-be owner of the big account, the lawmaker of the European Parliament for the Communist Party of Bohemia and Moravia, comrade Miloslav Ransdorf.


The Swiss police quickly arrested the three nameless men – widely assumed to be strawpersons – as well as Ransdorf. It is not quite clear to me whether he was in Switzerland. Today, Ransdorf and most of the men were released. The investigation will obviously continue and they're probably gonna be charged.

All the information seems terribly incomplete so we can't even be sure whether there exists an account with similar huge amounts of money. We don't know whether the Slovak men wanted to do something illegal and we don't know whether Mr Ransdorf knows them. But he probably does because my understanding was that he was in Switzerland, otherwise it would be hard to arrest him.

Note that Switzerland isn't an EU member state so the lawmaker's immunity didn't apply. Some witty commenters have mentioned that despite his famous alleged encyclopedic knowledge, Mr Ransdorf, an expert on Karl Marx, must have forgotten that Switzerland didn't belong to the EU.

I don't know what's going on but it's hard to believe that it's some innocent mistake. Ransdorf had some serious debt and financial problems a few years ago before he repaid the mortgage or what was that in 2013. But people who learn what it means to have serious financial problems are much more inclined to search for radical methods to become wealthy. Ransdorf has also been accused of abusing some bonuses he was receiving as an MEP (he only signed to be present in the EP building for a day but he was there for seconds) and of one additional fraud in Czechia in 2013. (I won't discuss his two major car accidents because I don't believe they're relevant.)

While I am not sure, I would tend to bet that they did want to withdraw this huge amount of money.

TV NOVA was among the sources that brought us a terrifying theory: the money exists and it used to belong to the victims of the Holocaust. Before the Jews were stripped of their rights (and later their life), they hid some of the money in Swiss banks. And Ransdorf and his three Slovak pals could have invented a trick to get some of the money.

If anything like that is true, it is a pretty shocking insight about the "ethics" of one of the most well-known Czech communist politicians and one of the deputies in the "excellent" European Parliament.

You can see that his name sounds German (it's a hill in East Austria) but my understanding is that he is ethnic Jewish (I think that some Jewish names are geographic) – I don't know, we almost never talk about such things. But it seems pretty clear that he has no legitimate huge assets inherited from his ancestors – otherwise he would have picked the funds a long time ago. Maybe he has figured out that there are Swiss accounts of dead Jews who were named Ransdorf?

The communist party has released a statement on kscm.cz that says that they couldn't contact Mr Ransdorf. He ignores the phone as well as text messages. Well, his innocence doesn't look terribly promising if he even avoids his best comrades. They are ready to treat him harshly if some clear evidence of wrongdoing emerges.
Luboš Motl v 7:58 PM
Share