Penny: the highest paid TV actress in the world in 2015

For the investors, the year 2015 was a year when nothing worked ® (the phrase "nothing works" is copyrighted by Arvind Rajaraman). Stocks, bond, and cash went nowhere and sophisticated investments strategies such as Warren Buffett's ones lost over 10%. I am sure that many TRF readers were actually affected. 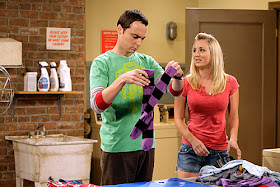 Someone did better, however.

We don't live in a scientific world. A top NHL player earns almost $20 million a year while you can find numerous string theorists who have less than that. Perhaps closer to $5,000. But the Belfast Telegraph, in


As TV goes, The Big Bang Theory is out of this world,


told us about some promising news.


One may earn $24 million a year – plus biibs and boobs and syndication rights – for something that is related to physics. This is more than any NHL player has made, I think. You don't need to be a physicist. It's enough to be a neighbor of physicists and date one of them. The physicist you date doesn't even have to be the smartest one in his apartment. No surname is needed for that job – although you may be given the name "Hofstadter" once you get married.


Yes, Penny – Kaley Cuoco in real life – has made the pretty amount just for being herself and for being at the right place at the right time (among physicists near Caltech in the early 21st century). And it's not shocking: While it is in the middle of the ninth season, The Big Bang Theory is the world's most watched regular TV program!

Just to be sure, both Leonard and Sheldon made the exact same $1 million per episode as she did.

The success of TBBT has many explanations. One observation to be made is that the assumption that sciencey comments are a guaranteed recipe to repel the audiences is just rubbish. People like to listen to things like that. They may think it's weird if not perverse – but weird and perverse in a way that attracts them. But even if you subtracted the physics, TBBT is just a nicely done sitcom. Its regular portion is like Friends but it may be better than Friends

Physics makes the people multi-dimensional (if you want to be precise, 10- or 11-dimensional). The success of the show is another piece of evidence that mocks all the grumpy crackpots (two such dickheads have exposed their nasty heads at the left-wing Huffington Post website yesterday) who claim that string theory has no far-reaching applications.

Ms Cuoco, the little green piglet with the text "PayPal" on it is a cute animal you may click at and send me some of the money that string theory has allowed you to earn. ;-) 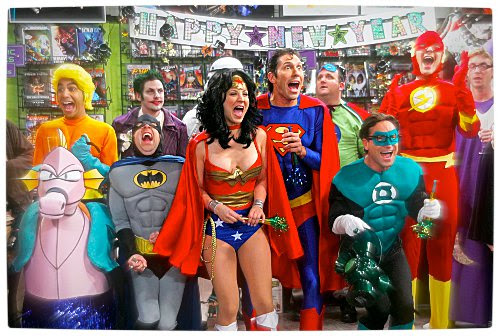